The State Bank of Pakistan’s Governor Reza Baqir mentions that SBP’s new monetary policy has raised its interest rate to 13.25% due to the inflationary pressures as well as the sudden increases within the utility prices.

The Reason For SBP’s Increase In Interest Rate:

Many are unsatisfied with the SBP’s current increase in the interest rate yet it has its justifications prepared. It seems that the inflation projection might reach 11-12% for this fiscal year. He said, “A little higher than earlier estimates, due to which we have increased the policy rate.” To further add, “If you look at the time-path of this inflation, in the next few months, due to one-time factors, inflation will be higher. These have been accounted for [in our projections]. In the second half of the fiscal year, according to our projections, inflation will be lower. By the start of the next fiscal year, there will be a noticeable decrease in inflation,” 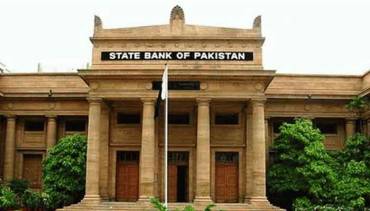 While, under the bailout accord, the IMF addresses that the monetary policy might help in decreasing the inflation by 5-7%.

According to the Governor, the central bank’s monetary policy committee (MPC) has mentioned that they will act quickly towards any development that could ease the monetary policy. However, the current rise has maintained various policy measures to normalize “imbalances”. He said, “With this decision on interest rates, the MPC is of the view that the adjustment related to interest rates and the exchange rate from previously accumulated imbalances has taken place,”

Moreover, the central bank has reportedly increased the main policy rate about nine times since the last year. So, that results in raising it by 750 basis points. Not to mention, Pakistan has been in great danger due to the continuous debt and balance of payments, as the budget deficit has reached more than 7% of the GDP. Also, the $8 billion of the currency reserves after the first tranche of the IMF loan has also played as a factor within the crisis.

Read Also: Why Are Pakistani People Crazy About Going Abroad?

As the three-year agreement by the IMF for Pakistan has witnessed an on-going decrease of the rupee, this has led to inflationary pressures especially after the central bank accepted the exchange rate. To counter this issue, the bank has mentioned that they would be looking into any irregularities within the exchange market.

Prime Minister Imran Khan has asked for assistance, during thisamonth, from the IMF who agreed on a $6 billion loan.

The State Bank of Pakistan also shared the news on the popular social media platform Twitter where a couple of different responses have been reported.

I feel it was the need of hour. Attracting money to the banks is necessitated while you have lesser in your reserves

While this user doesn’t understand the benefits behind this particular change “This policy hike will further suffocate an already depressed economy. IMF’s anti-growth policies will cause massive unemployment coupled with low output and high inflation. Stag flation to be precise”

This policy hike will further suffocate an already depressed economy. IMF’s anti growth policies will cause massive unemployment coupled with low output and high inflation. #Stagflation to be precise.

What do you think of the situation? Do you believe that SBP’s monetary policy will play out in a positive light for Pakistan? Share your thoughts.

Facebook Has Its Eyes Set On What You’re Doing And Even Mark Zuckerberg Is Hiding From It!
Americans Are Planning To Raid ‘Area 51’ And Rescue All The Aliens And White People Are A Little Too Extra!
To Top