Savour Food's Badtameezi With Government Officials Over The Ban Of Plastic Bags Really Got Out Of Hands!

Currently, Pakistan Tehreek e Insaf (PTI) government is busy stabilizing the crucial phase the country is going through. As the citizens are not seeing Prime Minister Imran Khan’s promises being fulfilled, a layer of anger and disappointment is seen prevailing within. But it’s getting much harder for the PTI government alliance to work properly as Pakistanis need a change in the system without changing their own selves, and it’s not possible. Still, shattering the lawful procedures is some Pakistanis basic ploy.

The government ban on plastic bags and the business owners fuming reaction!

Earlier this month, the government released an order to ban plastic bags in Pakistan which was initially implemented in the Capital on the independence day. ‘Say no to plastic bags’ campaign started and businesses were ordered to boycott using plastic bags. As always, no one paid any heed to the government announcement and an inspection team was created to visit and check every restaurant within Islamabad to ensure that no one’s using plastic bags. 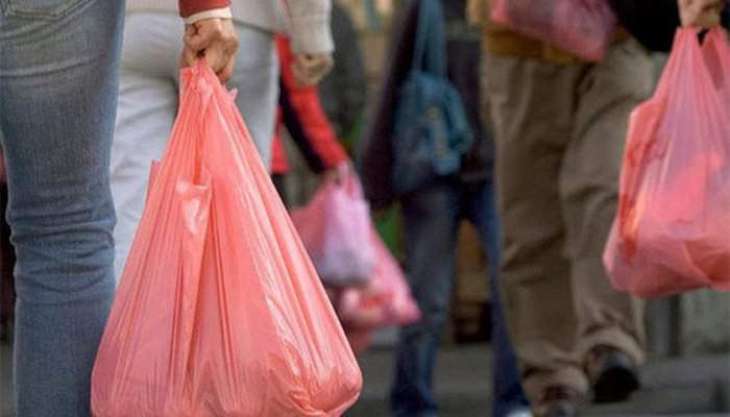 On Tuesday, falling under the Ministry of Climate Change, Director-General Pakistan Environmental Protection Agency Farzana Altaf along with district administration officials and police reached Savour Foods located in Blue Area, Islamabad for inspection. Upon seeing the government officials on their routine check of ensuring a complete ban on plastic bags, the owners and the staff members of the restaurant attacked them and pushed them out. The video of the incident quickly went viral on the internet and Pakistanis are in sheer anger.

This is the video of Savour Foods staff manhandling the government officials!

Check out: Here Are The Reasons Why The World Loves Pakistani Food Culture!

Further, the restaurant owner threatened the inspection team and also shattered government orders of banning plastic bags. Later, a heavy police unit was also called to control the heated situation and take action against the violators. According to the Deputy Commissioner Islamabad Hamza Shafqaat, a First Information Report (FIR) will be lodged against the culprits and strict legal action will be taken against them.

Recent sources say that the violators have been arrested and Savour Foods has been sealed by the police.

Hasan Ali’s Shaadi Pictures Are Making Fans Hate On His Beautiful Indian Bride And This Is So Wrong!
Sheikh Zayed Islamic Center In Karachi Had A Very Unusual Arrangement To Keep It ‘Cool’ And This Is Shameful!
To Top