Saudi To Demolish Three of the World's Oldest Mosques in Medina 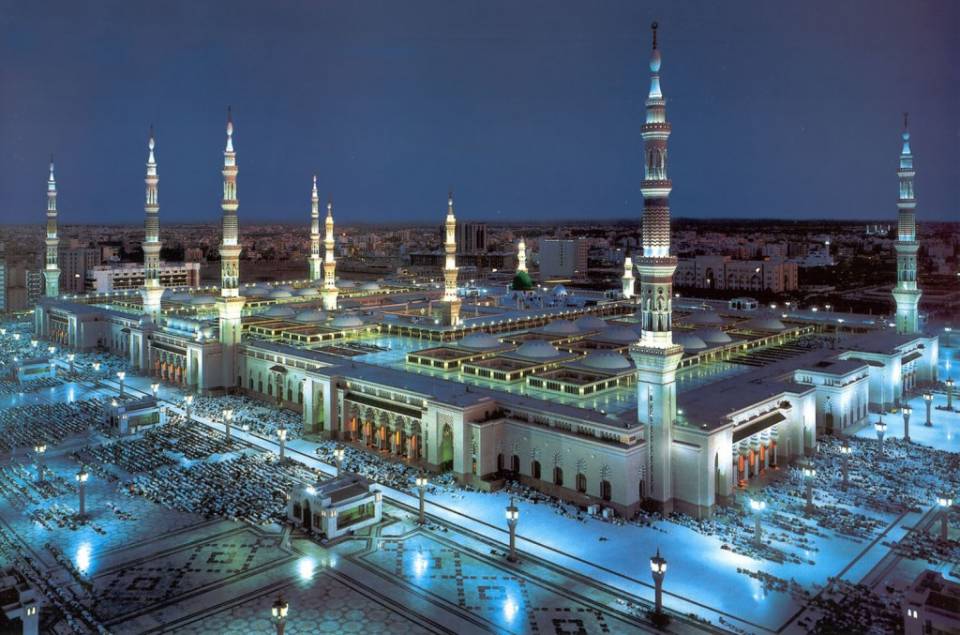 The Saudi regime plans to demolish Islamic monuments in the holy city of Medina to turn Masjid al-Nabawi (the Prophet Mohammadâ€™s Mosque) into the worldâ€™s largest building, a report says.

The Al Saud monarchy intends to bulldoze three of the worldâ€™s oldest mosques in Medina to expand the mosque so that it can host 1.6 million pilgrims, the Independent said in a recent report.

The main change will occur in the Western section of Masjid al-Nabawi, which holds the tomb of the founder of Islam, Prophet Mohammad (PBUH).

The three mosques, scheduled to be demolished after annual Hajj pilgrimage, including Ghamama mosque, where Prophet Mohammad is said to have given his first prayers for an Eid ceremony, are located outside the western walls of Masjid al-Nabawi.

Saudi officials have not declared any plans in respect of preserving or moving the historical mosques that are covered by the Ottoman-era structures, the report added.

The Saudi regimeâ€™s disregard for preserving the key historic sites and historical and archaeological heritage has provoked outrage among a group of academics, who were brave enough to challenge the Saudi monarchy on the issue.

â€œThere are ways they could expand which would either avoid or preserve the ancient Islamic sites but instead they want to knock it all down,â€ said Dr. Irfan al-Alawi of the Islamic Heritage Research Foundation.

The Washington-based (Persian) Gulf Institute says Riyadh has bulldozed 95 percent of 1,000-year-old buildings in the holy cities of Mecca and Medina in the past 20 years with the aim of expanding shopping centers, sky scrapers and luxury hotels.

Two of the seven key historic mosques built to mark the Battle of the Trench and a mosque belonging to the Prophetâ€™s grandson were also dynamited ten years ago.

Surprisingly, pictures of demolition of the ancient mosque taken secretly and then smuggled out of the kingdom reveals the Saudi religious police hailing and celebrating the collapse of the Islamic monument.

The report attributes Saudi Arabiaâ€™s disdain for historic sites of Islam to the kingdomâ€™s association with Wahabism, which is an extreme and inflexible interpretation of Islam.

The spot that marks the Prophetâ€™s tomb is covered by a famous green dome and forms the centerpiece of the current mosque. The new redevelopment plans of Masjid al-Nabawi will move Prophetâ€™s dome from center to east wing of the new site and destroy the praying niche at the center of the mosque.

The area forms part of the Riyadh al-Jannah (Garden of Paradise), which was regarded as a holy place by Prophet Mohammad (PBUH).

8 Signs That Prove MH17 and MH370 Were The Same Planes! Conspiracy Alert!
New York Times Stands Up To Stop Marijuana Prohibition in the United States
To Top