Saudi Crown Prince Offers His Private Jet To PM Khan In A Spirit Of Friendship|Parhlo.com 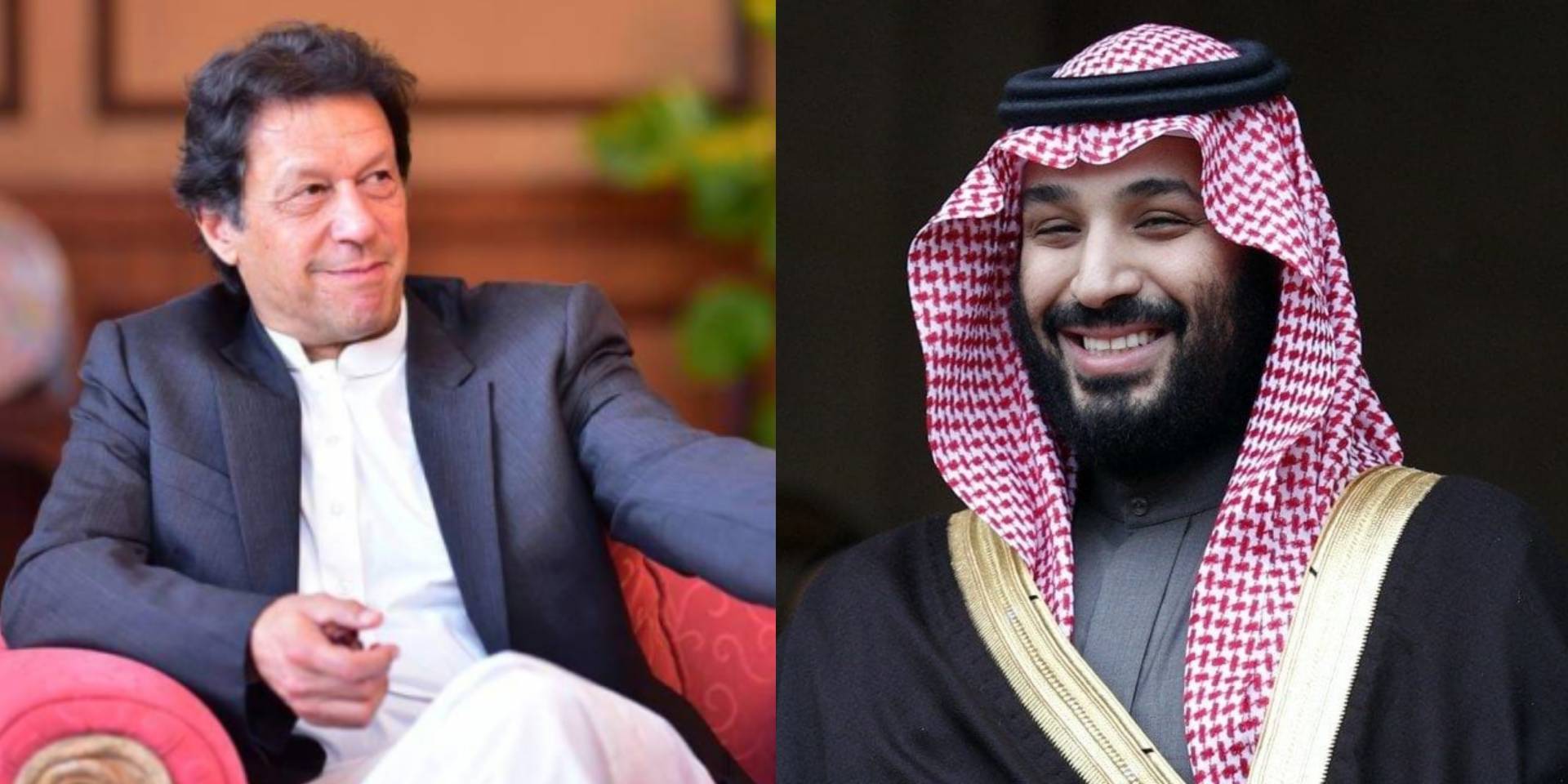 PM Imran Khan has managed to make Pakistan’s position strong enough and has also established some very friendly relationships with regional neighbors. One of which is Saudi Arabia. The Crown Prince Mohammad Bin Salman has been proving his loyal intentions with Pakistan in many ways.

Earlier in February Crown Prince visited Pakistan and the friendship grew stronger. Now PM Imran Khan is enjoying perks of this friendship as the Crown Prince offered him his private jet for his visit to the US. The jet is his very own and a lavish one. Could there be a better standard of friendship?

According to media reports, he made this offer to the Prime Minister on his visit to Saudi Arabia. When the Crown Prince came to see off the PM. He inquired about his travel plans to the US. To which Imran Khan told him he is planning to travel by a commercial flight like his previous visit to the US.

The Crown Prince told him that he was his guest and he wouldn’t let him travel by a commercial flight to the United States. So he ordered the PM of Pakistan to take his private jet to fly to the US. Imran accepted it and will now fly off in the private jet of Mohammad Bin Salman.

Saudi Arabia and Pakistan’s relationship have been a priority for the current government of Pakistan ever since it took charge. And Saudi Arabia has also not put up a fight against it instead it took the hand of friendship. The Crown Prince took the warm gesture of Imran Khan very positively. In fact, on his visit to Pakistan, he promised investment of multi-billion dollars to the country.

PM Imran Khan’s Visit To The US

His visit to the US this time is more centered on resolving the Kashmir issue. On September 27, he will be addressing the UN General Assembly (UNGA) where he has promised to highlight the violence of human rights in Kashmir.

In a statement, the foreign office announced that the prime minister will share the perspective of Pakistan and its position on the dispute, its current human rights situation and other related dimensions. This visit is also being called “very Kashmir centric” by Prime Minister’s Special Assistant on Overseas Pakistanis.

The other issues that he will highlight in various UN summits that PM will attend are sustainable development, climate change, financing for development and universal health coverage.

PM Pakistan had also discussed the Kashmir issue on his visit to Saudi Arabia.

These 7 Academies For CSS Are Considered The Best In Pakistan Producing Able Bureaucrats!
Pakistani Celebrities Participate In The Climate March To Raise Awareness!
To Top