RIYADH, Jan 23 (Reuters) – The death on Friday of Saudi Arabia’s King Abdullah means Salman bin Abdulaziz has become the country’s new ruler and the last to be born before the discovery of oil in the world’s top crude exporter.

As king, Salman, 78, will have to navigate regional turmoil caused by wars in Iraq and Syria, as well as a bitter rivalry with Shi’ite Muslim power Iran and a lingering threat from an al Qaeda wing in neighboring Yemen.

His crown prince will be his youngest half brother Prince Muqrin, a former intelligence chief who was appointed as deputy crown prince in March.

A reputed moderate with a deft understanding of the competing demands of conservative clerics, powerful tribes and an increasingly youthful population, Salman will also have the final say on social and economic reforms started under Abdullah.

“It appeared to me he had a good handle on the delicate balancing act he had to do to move society forward while being respectful of its traditions and conservative ways,” said Robert Jordan who was U.S. ambassador in Riyadh from 2001-03.

A physically imposing figure, Salman controls one of the Arab world’s largest media groups. He believes that democracy is ill-suited to the conservative kingdom and advocates caution on social and cultural reform, according to a 2007 U.S. diplomatic cable released by WikiLeaks.

For nearly 50 years Salman was governor of Riyadh Province, a role that involved working closely with both conservative traditionalists and liberal technocrats as he oversaw the development of the Saudi capital from a small desert town to a major metropolis.

However, when two elder full-brothers, crown princes Sultan and Nayef died within a year of each other, Salman was appointed first Defense Minister and then heir apparent.

The defense portfolio involved running the kingdom’s top-spending ministry, which used massive arms purchases to bolster ties with allies such as the United States, Britain and France.

He has been part of the inner circle of the al-Saud ruling family, which founded and still dominates the desert kingdom in alliance with conservative religious clerics, for decades.

In a royal family that bases its right to rule on its guardianship of Islam’s holiest sites in Mecca and Medina, Salman is reputed to be devout and relatively outward-looking.

“He’s intelligent, political, in touch with the conservative base but also quite modern-minded,” said a former diplomat in Riyadh interviewed about the kingdom’s succession process. 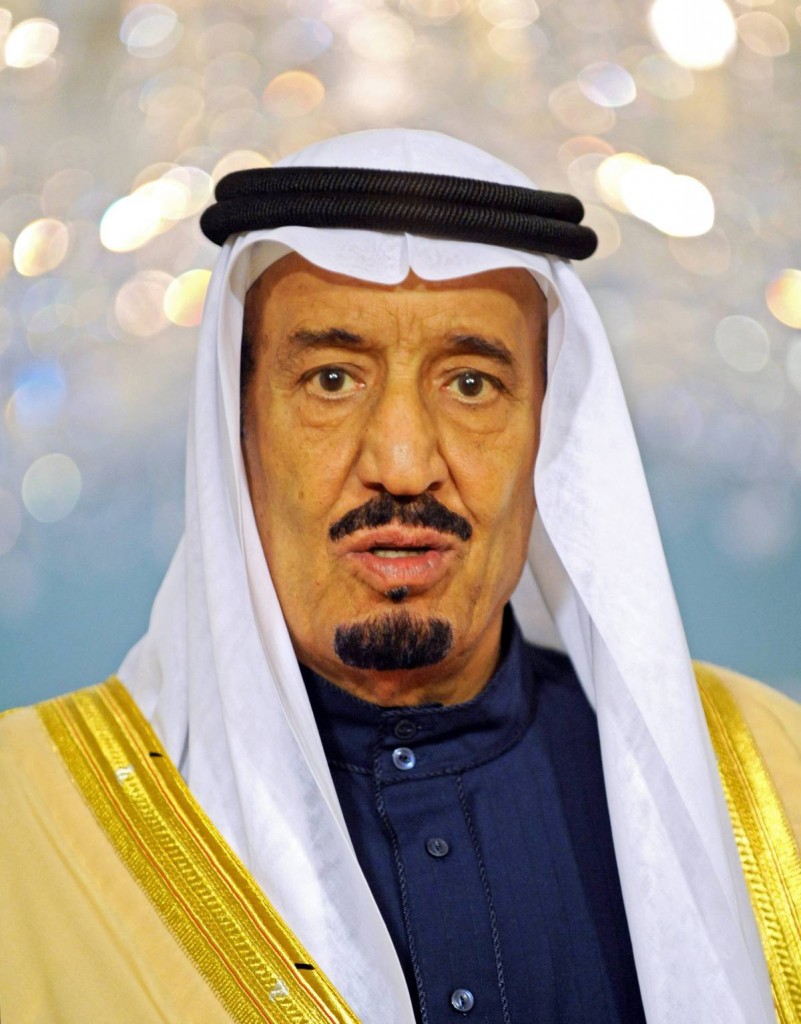 As governor of Riyadh from 1962 until 2011, Salman had more to do with foreign governments than many senior royals.

The role also meant he was responsible for arbitrating disputes between quarreling members of the ruling family, putting him at the center of the kingdom’s most important power structure.

The governor’s office overlooks Riyadh’s most appealing square where, if he worked on Fridays, he would have been able to watch as an executioner publicly beheaded malefactors.

In a meeting with the U.S. ambassador in March 2007, described in a cable released by WikiLeaks, Salman said the social and cultural reforms instigated by King Abdullah had to move slowly for fear of a conservative backlash.

He also argued against the introduction of democracy in the kingdom, citing regional and tribal divisions, and told the ambassador that a solution to the Palestinian-Israeli conflict was necessary for Middle East stability.

Jordan said Prince Salman had initially refused to believe Saudis participated in Sept 11, 2001, attacks on the United States, but his attitude changed in the face of increasingly solid evidence that 15 of the 19 hijackers were Saudis.

“He doesn’t blindly accept everything the United States says, but at the same time he understands the importance of the relationship, which goes beyond oil,” Jordan said.

With his strong, bearded features, Salman is the prince who is said to resemble his father, King Abdulaziz Ibn Saud, more closely than do any of his brothers.

Ibn Saud recaptured his family’s old stronghold of Riyadh in 1902 with a small group of followers fired by an austere vision of Islam, setting off a three-decade campaign of conquest that carved out the modern borders of a kingdom founded in 1932.

As one of the so-called “Sudairi Seven” – the brothers born to Ibn Saud by his favorite wife Hassa bint Ahmed al-Sudairi – Salman has been at the center of royal power for decades.

His full brothers in a family of more than 30 half-brothers include the late King Fahd and Crown Princes Sultan and Nayef, and former interior minister Prince Ahmed.

Salman was born in 1936 in Riyadh, then a mud-brick oasis town deep in the interior of a new kingdom that had not yet discovered oil, depending instead on revenue from pilgrims to Mecca and Medina, date farming and camel herding.

Yet one son, Prince Sultan bin Salman, became the first Arab astronaut, flying on the U.S. space shuttle Discovery in 1985.

Prince Sultan is now the kingdom’s tourism minister while another son, Prince Abdulaziz, is the deputy oil minister.

In his five decades of administering Riyadh and its surroundings, Salman oversaw the development of the capital from a large desert town into a metropolis of 4.6 million people.

Prince Salman was taught in the “princes’ school” set up in Ibn Saud’s palace by the imam of the Grand Mosque of Mecca, signaling the importance that Ibn Saud attached to the centrality of pure Islamic belief in the kingdom he created.

The Article was First Published in The Huffington Post (Reporting By Angus McDowall; Editing by Ken Wills)