Saudi Arabia has allowed a controversial photoshoot of international supermodels to take place in the province of Madina. The photoshoot, named ‘24 hours in Al Ula’, portrayed models wearing tight dresses with thigh-slits.

Saudi Arabia has certainly sparked a dispute by approving such inappropriate photoshoot in the holy city of Madina. It should be noted that the photoshoot is against Islamic morality.

Needless to say, the nature of the shoot and the dresses in them are categorized as immodest by many Muslims. Moreover, these models are seen to pose and walk around the UNESCO World Heritage site. This is the world’s largest open-air museum. It consists of carved rock structures similar to Jordan’s Petra.

Regardless of the fact that the site is about 300 kilometers away from the holy city of Madina, it is still within the same province. Many Muslims see it as inappropriate and are enraged as to why the Saudi authorities have allowed the shoot. 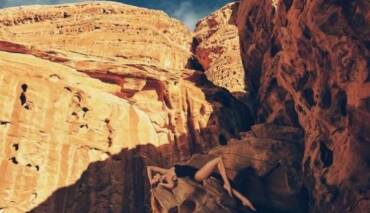 According to the details, the controversial photoshoot is a part of a progression of reforms. The kingdom is implementing this to open up its economy to international tourism and modernization.

The reforms that the Saudi kingdom is implementing include modernization. There will be a reduction in the authority of the religious police, and the restrictions in gender mixing will be lifted. In addition to this, the requirement for women to wear the abaya or loose gown will be eradicated.

On July 9, Vogue Arabia released its 24-hour campaign photoshoot for the New York-based label Mônot. According to the Al-Quds Al-Arabi, this photoshoot is the stepping stone towards modernization and the implementation of reforms. 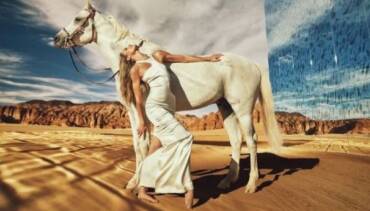 As per the reports, the Lebanese designer Eli Mizrah had his first photoshoot in January 2020. This was for his campaign in Saudi Arabia’s first UNESCO World Heritage site- Al Ula. In addition to this, Al Ula is basically an ancient city that lies within the Governorate of Ula.

Why did the photoshoot take place in Al Ula?

Al Ula is 300 kilometers away from the holy city of Madina. Apart from this, the Saudi tourism industry is promoting it as the best tourist spot for the world to come and see.

Additionally, built more than 2000-years ago by the Nabataeans, Al Ula is best known for more than 100 monumental tombs. These were carved from the rock formations in which the Nabataean elites were buried.

Subsequently, the decision to conduct the photoshoot has certainly caused an uproar among the Muslims. Without a doubt, it shows utter ignorance of the dishonor it brings to the holy place. Nevertheless, Saudi Arabia is implementing reforms that will undoubtedly cause a further uproar among most Muslims.

A Private School Wants Students To Take ‘Online Swimming Classes’ & We Are Confused
Good News! Karachi University Announces That It Will Not Take Late Fee Charges From Students
To Top