Among the Muslim countries, when it comes to following pure Arab and Islamic principles and regulations, Saudi Arabia always tops the chart. Highly influenced by the traditional and conservative religious aspect, Arab society is generally keeping the Islamic virtues aligned. Punishing someone who has committed a crime or penalizing anyone breaking a rule, the Saudi government shows no leniency.

Since King Salman’s son Mohammad Bin Salman Al Saud, the Crown Prince of Saudi Arabia has taken over the Prime Minister office in 2017, many huge differences have been seen within the country. Major changes that were witnessed include women driving cars being declared legal and some time back cinemas were also reopened by the Saudi government. This sparked a debate among the masses and people considered it a part of country development.

Well, who would have thought that a ‘halal night club’ will be opened in Jeddah? Yes, you read that right! A brand named ‘White’ who already had nightclubs in Beirut and Dubai have now invested in Jeddah to expand their franchise by opening another night club based on halal terms. The club is being called ‘high-end cafe and lounge’ by the CEO of Addmind Hospitality and Group.

According to the reports, the club is opening tonight (13/06/2019) at Jeddah Waterfront with an amazing beach view. The club will be playing nearly all genres of music identifying the listening needs of the crowd. A lightening in-house dance floor is also said to be staged where the crowd can enjoy every beat to the core.

As alcohol is prohibited in Islam, the club will not be providing alcohol filled drinks to its customers. Anyone violating Saudi Arab’s rules and regulations can lead to severe punishments according to Shariah law and can be imprisoned or deported back to the person’s native country.

The decision sparked a debate on Twitter and a display of mix reactions were stored.

This guy can’t believe it!

White club in Jeddah?! You must be kidding me!! ? pic.twitter.com/LFTuIWk8pD

Arrangements for the night can be seen in this tweet!

Sources state that the famous RnB singer along with the American singer and songwriter Ne-Yo will be performing on the opening night of the high-end club. A total of 2000-2200 people are expected to be there on the first night. After the news came out hashtag #JeddahDisco started trending on Twitter and a large number of tweets were made regarding the matter.

This image was shared on WHITE’s official Facebook page! 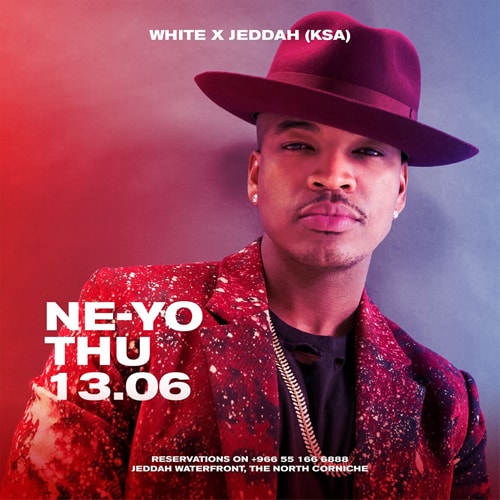 Cyclone Vayu Is Likely To Bring An Intense Heatwave In Karachi And Bas Allah Reham Karay!
DG-ISPR Invited This Sindhi Activist To Rawalpindi And The Way He Was Treated Changed His Opinions!
To Top