Saudi Arabia is leaving its image as a conservative and closed country by introducing new opportunities for foreign visitors. Some of such changes include abolishing the abaya rule; now, abayas are not a mandatory item for women tourists.

This Muslim country has always heavily depended on its supply of oil to support its economy. But as the generations go by, it becomes evident how tourism is the number one factor that can easily boost a country. So, if one isn’t focusing on bettering their tourism, then they would be left behind by the countries that are appealing to international visitors.

For example, Korea is gaining worldwide popularity because of its music industry. K-pop is becoming famous all over the globe, to the point that it is recognized as its own genre. People are visiting Seoul because of the catchy and to-die-for music of the country. That, in turn, is boosting their tourism. Hence, every country needs specific reasons for tourists to increase. Obviously, Saudi Arabia cannot do the same but it can improve its strict restrictions to seem more tourist-friendly.

Crown Prince Mohammed bin Salman is opening new programs that lessen the restrictions within the country and improve tourism. Basically, Saudi Arabia is announcing a new tourist visa program for 49 countries so that foreign companies would be able to invest in the tourism sector. It is calculated that it can make up 10% of the gross domestic product (GDP) by 2030. 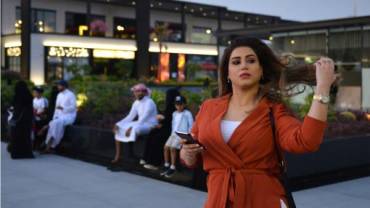 How Can Changes In Restrictions Help?

Saudi Arabia hasn’t been open to normal tourism nor activities that are usually deemed ‘inappropriate’. This includes drinking alcohol or going to clubs. However, slowly the authorities are deciding that the country will have to loosen up to experience diversity. Female visitors are still required to wear modest clothes but they are allowed to roam freely without an abaya. Such a change might seem insignificant but it carries immense weight. This is because Saudi Arabia has always been relatively strict when it comes to women.

Many Muslim countries are arguing whether this decision from Saudi’s side is correct or not. However, not everyone that visits the country is Muslim so it is understandable if they wouldn’t want to wear an abaya. The more understanding a country is towards its tourists, the more people would wish to visit. Moreover, all of these new programs and announcements are going to help Saudi Arabia in spreading its culture.

People only recognize the country because of its strict rules and restrictions. No one knows about the rich history and intriguing culture that comes along as well. Hence, these decisions can also help in flipping the narrative for people. So, Saudi Arabia can finally gain a somewhat positive response from international media.

What do you think of the situation? Do you think that Saudi Arabia should have abolished the abaya rule? Share your thoughts using the links below.

Aamir Liaquat Trolled Bilawal Bhutto On His ‘Masculinity’ After His Views On PM’s UNGA Speech!
6 Benefits Of Staying Silent In Islam That Can Help Resolve Disputes!
To Top