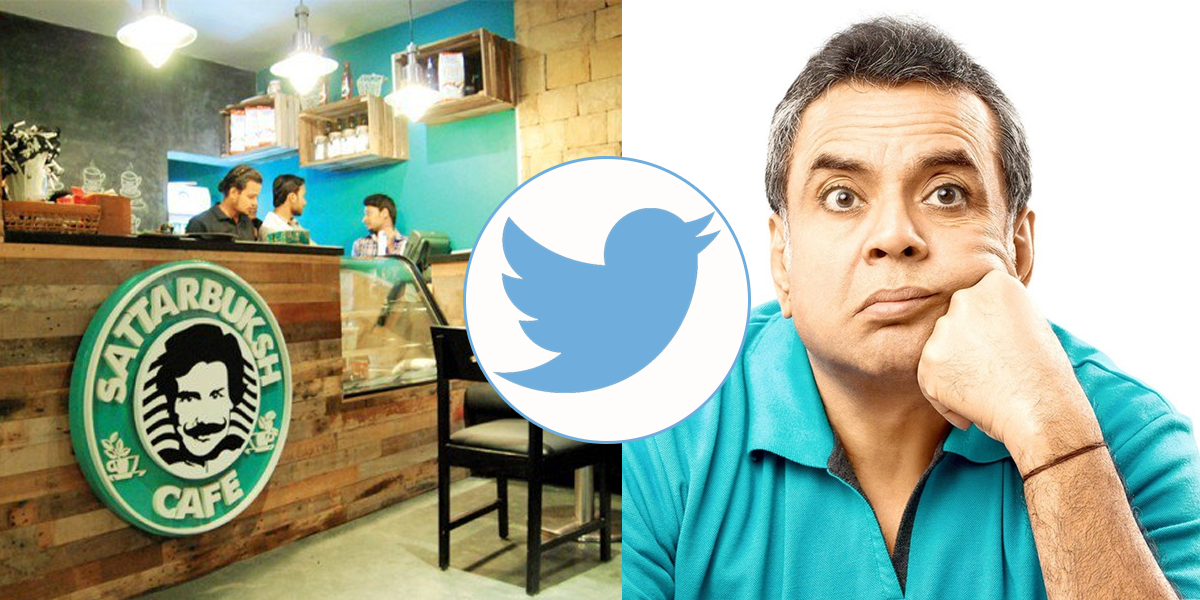 It is just a joy to see a business that has a personality. A personality that is consistent throughout all platforms, be it the social media or the menu. Sattar Buksh is one of the few cafes in Karachi that set a tone and a persona to the business and inspired other businesses to take that risk.

Whoever their social media manager is, he’s a genius!

It started today when a parody account of actor “Paresh Rawal” hurled comments on the star bucks parody, that is Sattar Buksh

Since Pakistan didn't have a Starbucks.. They started something similar called SattarBuksh. This is what happens when China is ur main ally. pic.twitter.com/B2r31RLoNQ

To which, the Sattar Buksh handle politely pointed out the irony in the statement

This created a massive LOL-Storm (yes, I just made that up! Deal with it) on Twitter

Violence or not. It just made me hungry for some pizza!