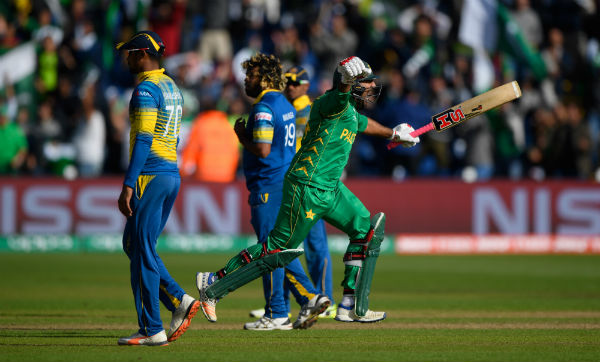 What an amazing game of cricket it was, full of drama, desperation, emotions and in the end a sigh of relief for the Pakistan cricket team and its fans. The quarter final of champions trophy 2017 was no less than a roller coaster ride but it was all good in the end for Pakistan. Pakistan won beating Sri Lanka in a nail-biting finish. The win for Pakistan seemed far from reality but courtesy Sarfaraz and Amir’s partnership, we did it.

Pakistan started brilliantly restricting Sri Lanka to a moderate total of 236. It was a brilliant bowling performance by the Pakistani pace attack. Every bowler did its job including Aamir, Junaid and Hasan Ali.

This was the passion in the field.

Hasan Ali’s celebrations were a treat to the eyes. And we got see them quite a few times.

Hassan Ali's celebrations are my favourite sight in world cricket these day. pic.twitter.com/rZB6sXPQvs

Our bowlers crushed the Sri Lankan batting lineup. And that reminded us of the legendary Wasim and Waqar.

But the real fun started when Pakistan came to bat

Yes we all know what Pakistan’s batting can do, at times it can chase down 300 and at times all out under 100. Pakistan was under a similar situation after Azhar Ali and Fakhar Zaman got out providing a steady start. 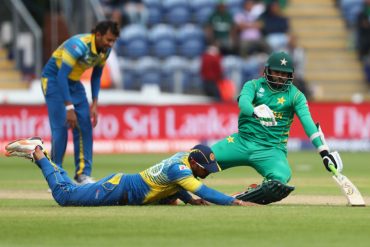 But then captain Sarfaraz came to rescue.

Sarfaraz kept his cool and Mohammad Amir gave full support to his captain and lead us to victory. Pakistan were 162 for 7 and the target was 237. With just 3 wickets remaining the task seemed quite difficult. But it was done. And Pakistanis could not believe it.

All of these together took us to the semis.

And they promised never to make fun of Sarafaz again.

Because what he did no one else could.

This is so true.

If they could save this match, they can save anything in the world.

And there were a few dropped catches as well from the Sri Lankan team which totally gave Sarfaraz more chances. These dropped catches were probably just the result of the prayers of the Pakistan fans.

Both of the teams tried really really hard to give the game to the other but nope only one had to win. Sri Lanka by collapsing, then Pakistan by collapsing. Pakistani batsmen giving them catches but Sri Lankans dropping them. Finally it was decided and Pakistan won.

It won’t be wrong to call this game the best match of ICC Champions Trophy 2017 so far.

Half an hour ago I was close to tears because of sadness
Right now, because of happiness

Someone Spotted Virat Kohli’s Doppelganger Making Pizza In Pakistan And Everyone Is Surprised!
This Astonishingly Simple Way Helps You Ensure No Pakistani Sleeps On An Empty Stomach Again
To Top