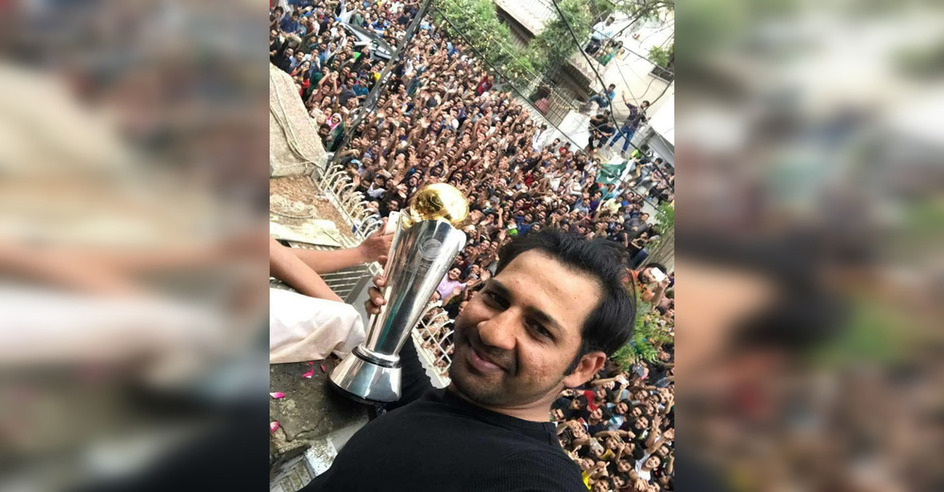 Finally, after winning the coveted tournament in England, champions are back home! Celebrations have turned up in every part of the country and the nation is excited to see their heroes arrive back to the country. Talk about how each player was welcomed by fans in their respective cities, the airports were flocked by people and even they camped outside their homes. The champions deservingly got a warm welcome by the nation as our hearts still beat in enchantment over the emphatic victory on Sunday.

Karachiites wholeheartedly welcomed our captain as celebrations in the country prevail! 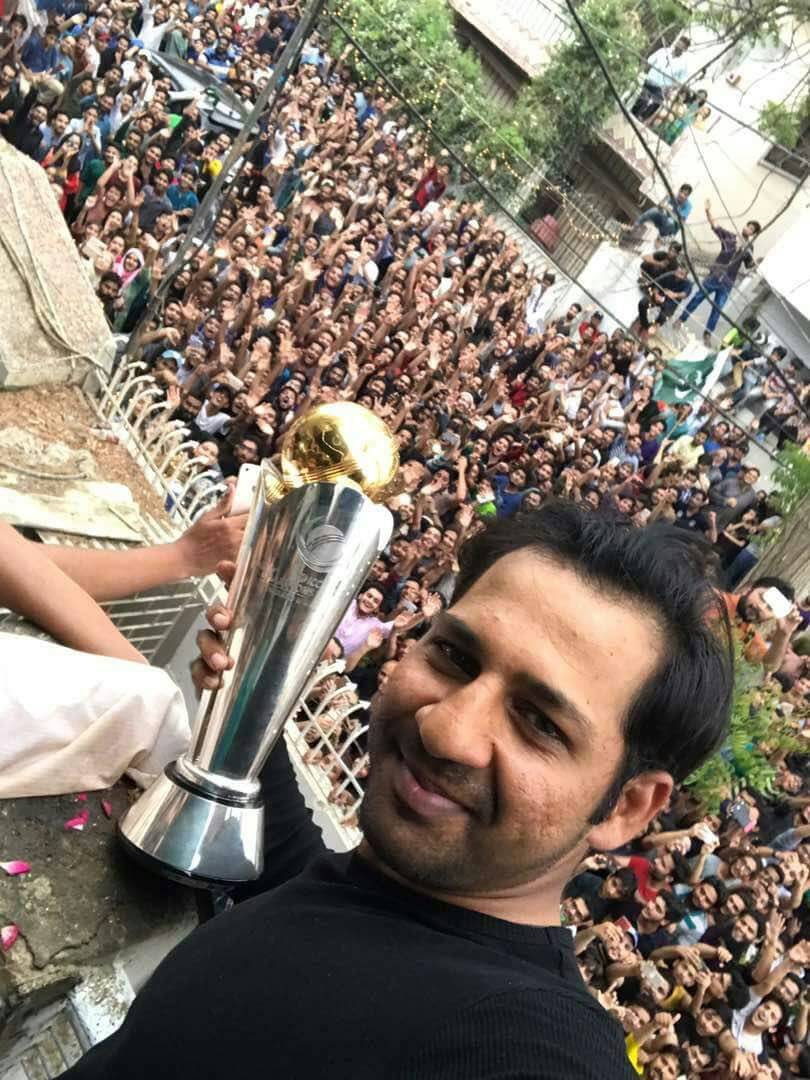 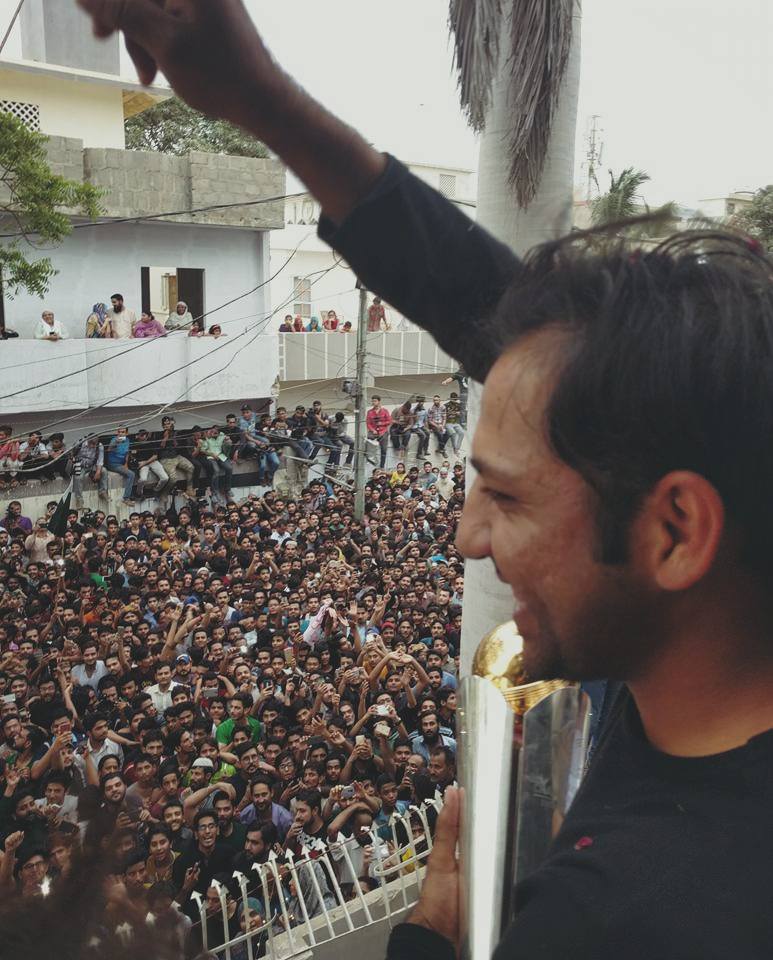 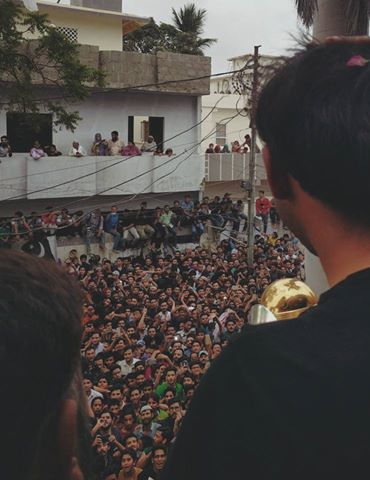 One-by-one, people in the city learned where Sarfaraz Ahmed lives and not only received him at the airport but also joined the celebrations happening in his neighborhood. People are delighted to see their humble captain return home with the trophy and pride of the nation. Fans made sure they keep the atmosphere lit and just let the captain know how much Pakistani people love him and proud of him after the enthralling triumph on Sunday.

Welcome preparations for our Kaptaan at his place. Come and welcome our Hero Sarfaraz Ahmed! #CTTrophyComesHome #SarfarazAhmed

There was a whole mob at the airport as Sarfaraz arrived. He was formally received by Mayor of Karachi, Wasim Akhter and was escorted to his home under strict security protocol.

One thing that shall continue to haunt our noisy neighbors apart from the defeat by Pakistan is the word, “Baap” and a phrase derived by themselves – Mauka, Mauka. This time around when Pakistan won, we made sure we roast our noisy neighbors using their own words. India still remains the butt of the joke and even our captain took a little dig at them.

Here's a video of our captain singing Mauka Mauka with the huge crowd outside his house, to make your day!#Champions @SarfarazA_54 💚 pic.twitter.com/A0PGO7S7Ho

Well, we simply couldn’t be prouder of our team and our captain. He deserves the heap of all praises; he deserves to be talked about and he deserves the hero’s welcome Karachiites made sure he got on his arrival. We are so happy and it is still unbelievable that our team, despite all the odds managed to cruise towards a cool and comfortable victory.