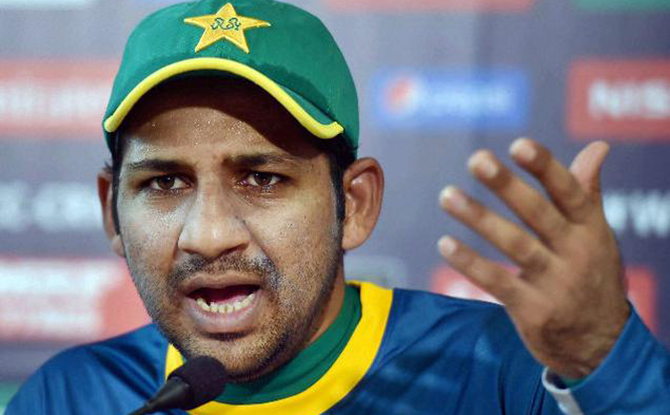 The Pakistan cricket board recently appointed the wicket keeper batsman Sarfaraz Ahmad as the new T20 captain. Sarfaraz, who has been an integral member of the team from the last three years, has been considered as a street smart cricketer who is always ready to take up any challenge.

A video is making rounds on the internet in which Sarfaraz is seen singing the famous patriotic song,  “Pakistan Pakistan” at a gathering.  The song is originally sung by the legendary Nusrat Fateh Ali Khan. Although Sarfaraz cannot match the quality of NFAK but his voice surely depicts the love for the country.

Few months ago, a video went viral on the internet which showed that along with being an exceptionally talented cricketer has a melodious voice as in the video, Sarfaraz was seen reciting a Naat while he was getting ready for a match at the Pakistan Super League.

Dear Tahir Shah, that’s how angels sound like… straight from heaven, not from some mental asylum!

One thing is sure, whatever Sarfaraz will do, “Sarfaraz dhoka nahi de ga”.
We wish Sarfaraz best of luck for his tenure as the captain of the Pakistan Cricket Team!

Tahir Shah’s New Song ‘Angel’ Is Out [Watch Video]
Here Are The Reasons Why Nawaz Sharif Should Resign Immediately!
To Top