Skipper Sarfaraz Ahmed has become a sensation in the past few years. Our captain continues to win hearts after he has proved what he is capable of during PSL and now winning the ICC Champions Trophy in England. Not to forget, Sarfaraz led a team comprising of mostly youngsters that are shy of experience, while he steered towards a comfortable win. Pakistanis continue to talk about the magnificence of Sarfaraz Ahmed and rest of the players after they won our nation a coveted trophy. Sarfaraz continues to make headlines with his brilliance on the pitch, his humility towards his fanfare and a reason besides all that… 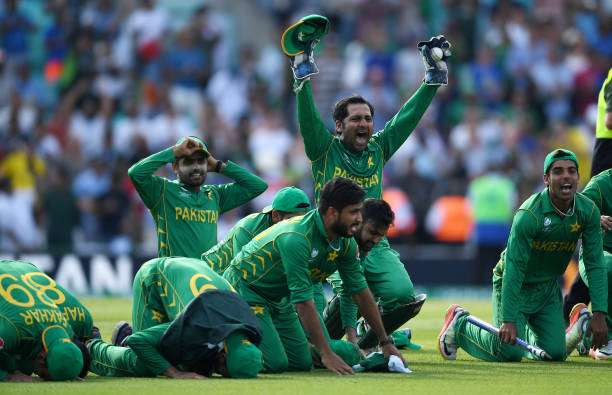 Skipper Sarfaraz Ahmed is not only a sensation on the field but also one with his incredible voice!

We came across this viral video where Sarfaraz is reciting a Naat. Now it will surely remind you of someone but just listen to it as it’s so soothing and riveting.

My word! It was incredible. Pakistanis are absolutely loving it to see their skipper recite a beautiful Naat. Must mention that our captain is kind of multi-talented. Not only he graces on the pitch with his prowess but also amazes us with his voice. We previously saw him reciting a Naat to his newly born baby and now he was kind of enough to recite on again, and we got lucky that the video is out!

All of Pakistan simply wishes that Sarfaraz Ahmed continues to outshine with his brilliance, continues to lead the team the great way he does. We are longing to see more out of this group of lads. They bagged a spectacular feat in England and us just them to bring home more and more and make the nation proud! No Pakistani still can get over the triumph over India on Sunday. Many days have passed but it feels like it was just yesterday. Safe to say, we have got a moment of Eid right before Eid!

The Girl Who Wrote a Letter to Coldplay Wants You All to Know This Side of the Story
Is Abdullah Qureshi’s Video Anti-Feminist? Learn More From The Singer Himself
To Top