WATCH: Bollywood Star Sanjay Dutt Confirms He Has Lung Cancer, Says 'I Will Beat It' 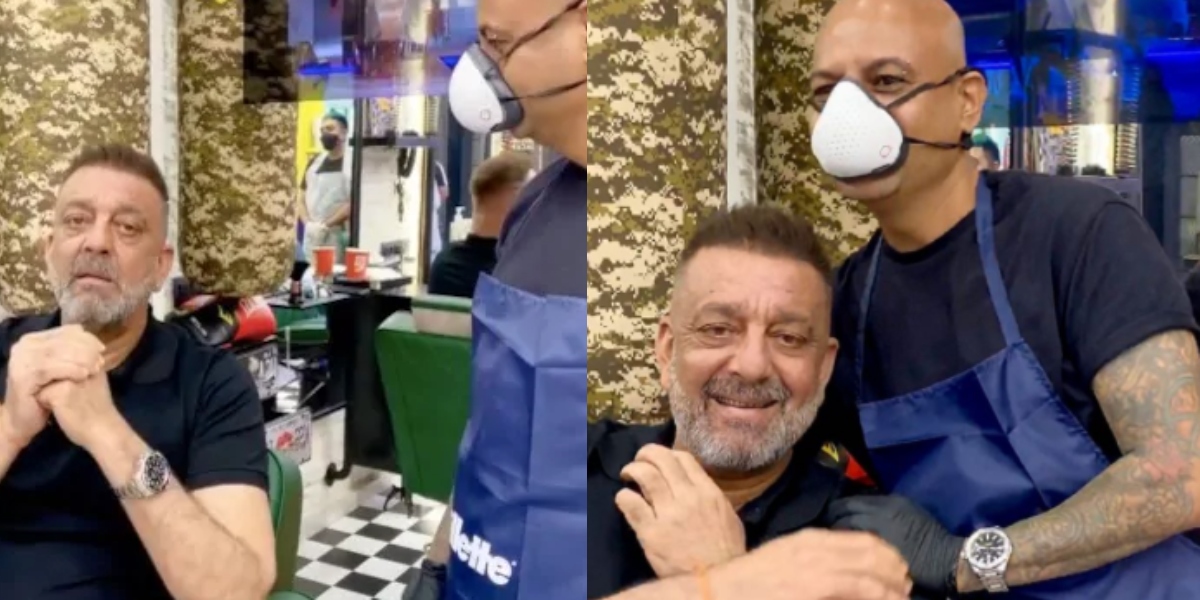 Bollywood superstar Sanjay Dutt opened up for the first time regarding his battle with cancer. The actor said he was optimistic that he would beat the disease soon.

In August 2020, the 61-year-old actor had announced that he wants to take a break from his professional commitments. The actor said he wants to focus on medical treatment after reports circulated that he was battling lung cancer.

Earlier this year, Dutt was tested for Covid-19 after he reported some difficulty in breathing. He tested negative. The actor was subsequently tested at Mumbai’s Lilavati hospital for other illnesses. Medical reports later revealed that he had been diagnosed with lung cancer.

A picture of the Bollywood superstar surfaced on social media which left the fans worried about his health. The image doing rounds on the Internet show Dutt is looking weaker while posing along with one of his fans.

Owing to the effect of his chemo session, the 61-year-old actor looked visibly thinner. After seeing the photo, social media users wished the actor a speedy recovery.

‘This is a scar in my life but I will beat it,’ says Dutt

In a recent Instagram video, Munna Bhai said that he would “beat the disease soon”. He also said he would begin shooting for his next film in November.

In the video recorded at his hairstylist Aalim Hakim’s salon, Dutt pointed a camera at a scar running from his left eyebrow to the side of his head.

Dutt said, “This is a recent scar in my life. But I will beat it. I will be out of this cancer soon,” he said. The actor added that he was “happy to be on the set again” for his upcoming film.

On the work front, Dutt will resume shooting for KGF: Chapter 2, where he plays the antagonist Adheera. Moreover, his last release was Mahesh Bhatt directorial Sadak 2 and his upcoming movie is Bhuj: The Pride of India.

Since the last few years, the actor has signed several new films. Some of them did extremely well at the box office, such as Panipat. The film is based on the third battle of Panipat.

Dutt played the role of Muslim ruler Ahmed Shah Abdali from Afghanistan. The movie also starred Arjun Kapoor and Kriti Sanon in lead roles. It was directed by Ashutosh Gowariker.

A biopic on his life by the name of Sanju starring Ranbir Kapoor, was also a massive hit. The film broke several box office records and became the highest grossing hindi film of 2018.