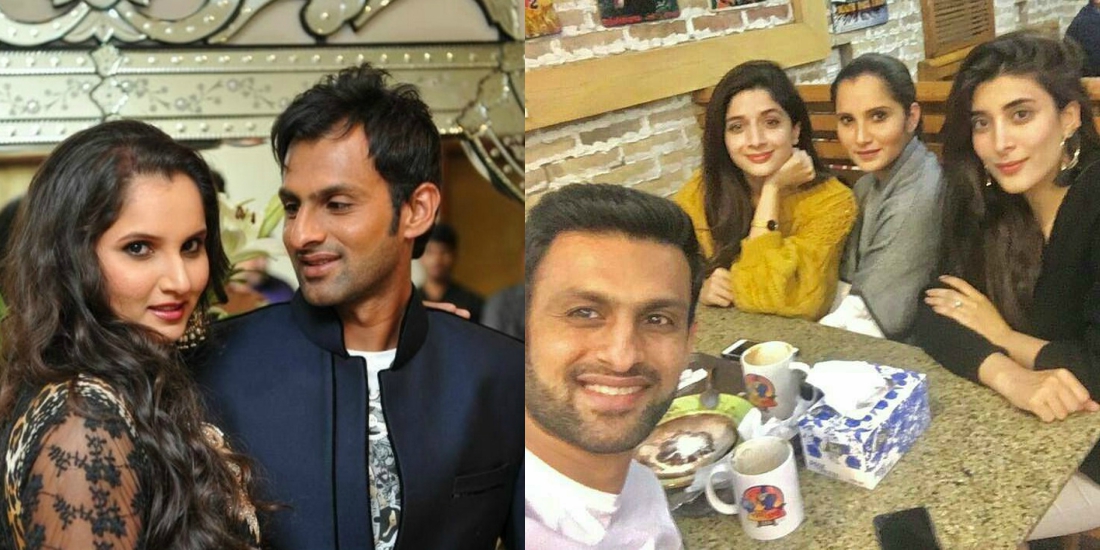 Before talking about what they are doing in Lahore and why people and other platforms are making a big hype about it, even raising controversial comments about it. Making it seem that it’s not only shocking as it is, they even went ahead by throwing their personal narrow question such as “Kyun?” Well, why not? Aren’t we the people, who shout at the top of our lungs that we are liberals, yet we don’t let an opportunity like this go to openly voice our narrow-mindedness. So, to that, we say, to each their own. Live and let live.

Well, here’s the latest news! Famous Tennis star, Sania Mirza and her cricketer husband, Shoaib Malik were seen spending their winter evenings in Lahore – The second largest city-district of Pakistan and why not?! The place, the food is to die for! What better place to be in, even if for a while. And guess what? They aren’t alone! They happened to bump into the local celebrities as well and seem to hit it off. The Hocane sisters, Pakistani models, and actresses.

Have a look here, don’t they seem content till their hearts can handle…

Hocane sisters with the couple!

Before Shoaib’s team moved on to New Zealand for a five-match ODI series which would be followed by the three T20 internationals, the power couple attended a dinner hosted by Mohammad And Nazia Hafeez.

Here are the pictures to prove so…

The last most important moment is when the power couple spent some most availed time with the cricketer’s mother and the cricketer himself shared this most precious moment on his twitter.

Wishing the best to the power couple for the future. Where would you like to go on your free time this winter?