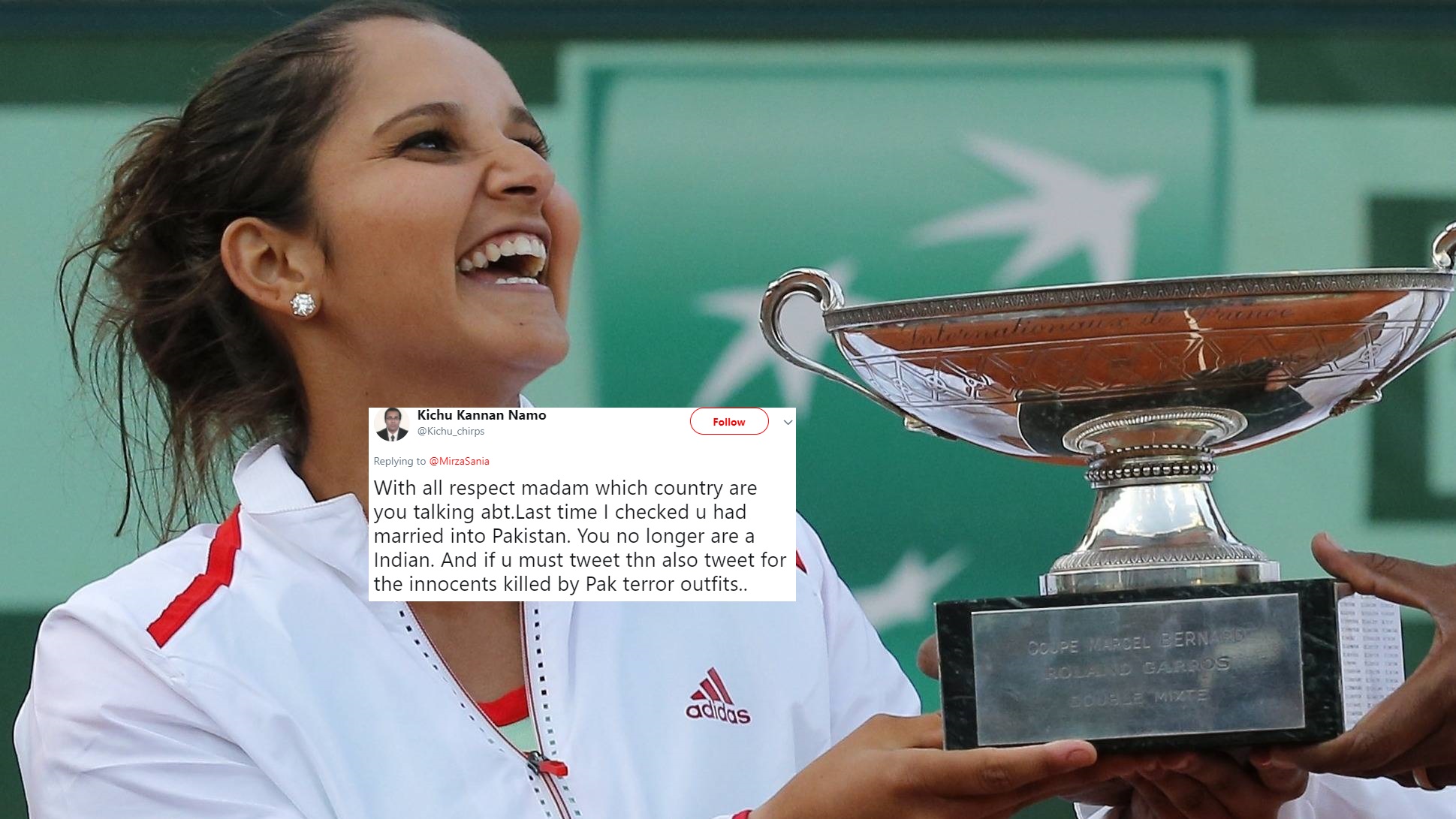 Sania Mirza getting married to Shoaib Malik was not just a surprising news, but also a subject startling towards the relationship the two individuals shared, knowing how they belong to the ‘enemy states’.

People question the loyalty of Sania Mirza and Shoaib Malik towards their nation while bringing their relationship.

However, marrying someone outside doesn’t mean you leave your country behind, and something like this can be said for both, Sania Mirza and Shoaib Malik.

Just Like Most of the Times, Sania Mirza Was Questioned About her Loyalty Towards India

Sania made a tweet regarding the rape of an 8-year-old Indian girl. The downside, aside from the horrible act itself is, how the Hindu nationalists are coming forward to ‘support’ the accused individual.

Is this really the kind of country we we want to be known as to the world today ?? If we can’t stand up now for this 8 year old girl regardless of our gender,caste,colour or religion then we don’t stand for anything in this world.. not even humanity.. makes me sick to the stomach pic.twitter.com/BDcNuJvsoO

She Shared How this Matter Requires Strict Accountability

Justice needs to be done … for the sake of keeping our faith in the judiciary and the system alive .. I really hope and pray justice is done .. and soon.. #UnnaoHorror #UnnaoRapeCase

An Indian, On the Other Hand, Started Mentioning How Sania Lost her Right to Speak on Matters Regarding India Only Because She Married A Pakistani

With all respect madam which country are you talking abt.Last time I checked u had married into Pakistan. You no longer are a Indian. And if u must tweet thn also tweet for the innocents killed by Pak terror outfits..

First of all nobody marries ‘into’ anywhere .. you marry a person! Secondly NO LOW LIFE like you will tell me which country I belong to.. I play for India,I am Indian and always will be.. nd maybe if u look beyond religion and country one day you may just also stand for humanity! https://t.co/0rF9SwG7WT

This one reply was enough to shut people down for a choice of marriage Sania made years ago. People need to let go of such pity concerns while the focus is one the graver concerns that spark debate on humanity; not countries or caste or religion.

Here Are All Things Every Pakistani Mother Desperately Wants to Do with Her Children
Pakistanis Have Taken Khalid Bajwa Harassment Case Way too Far with These Insane Jokes!
To Top