Samsung Pakistan Kicked Off An Awesome Launch Event For Its Galaxy A & Galaxy Lite Series! 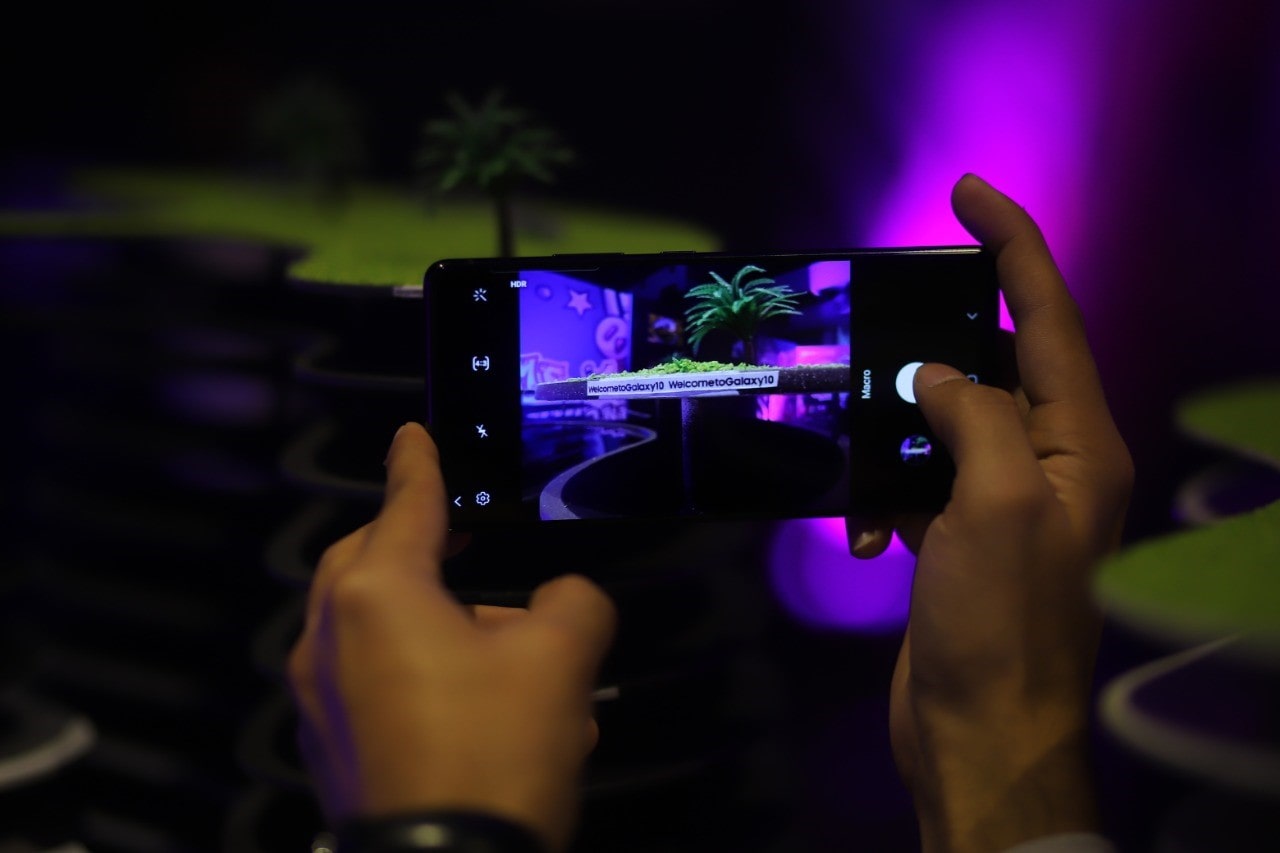 2020 is a big year, the dawn of a new decade, a decade full of promises and potential. 2020 is the start of a new era in technology and now, while we do not have flying cars, and time travel, a new decade in innovation and creativity has embarked here in Samsung. What happens next is even more exciting, adventurous, and awesome.

Samsung has the vision to be the innovator of new mobile experiences that flow with us seamlessly and continuously, wherever we go. Samsung is at the forefront of the innovations that are making this possible. Samsung is building experience innovation into every device they create and every service they deliver. It is at the heart of their commitment to a generation that seeks to live and work on their terms – a generation that values authenticity, flexibility, and speed! 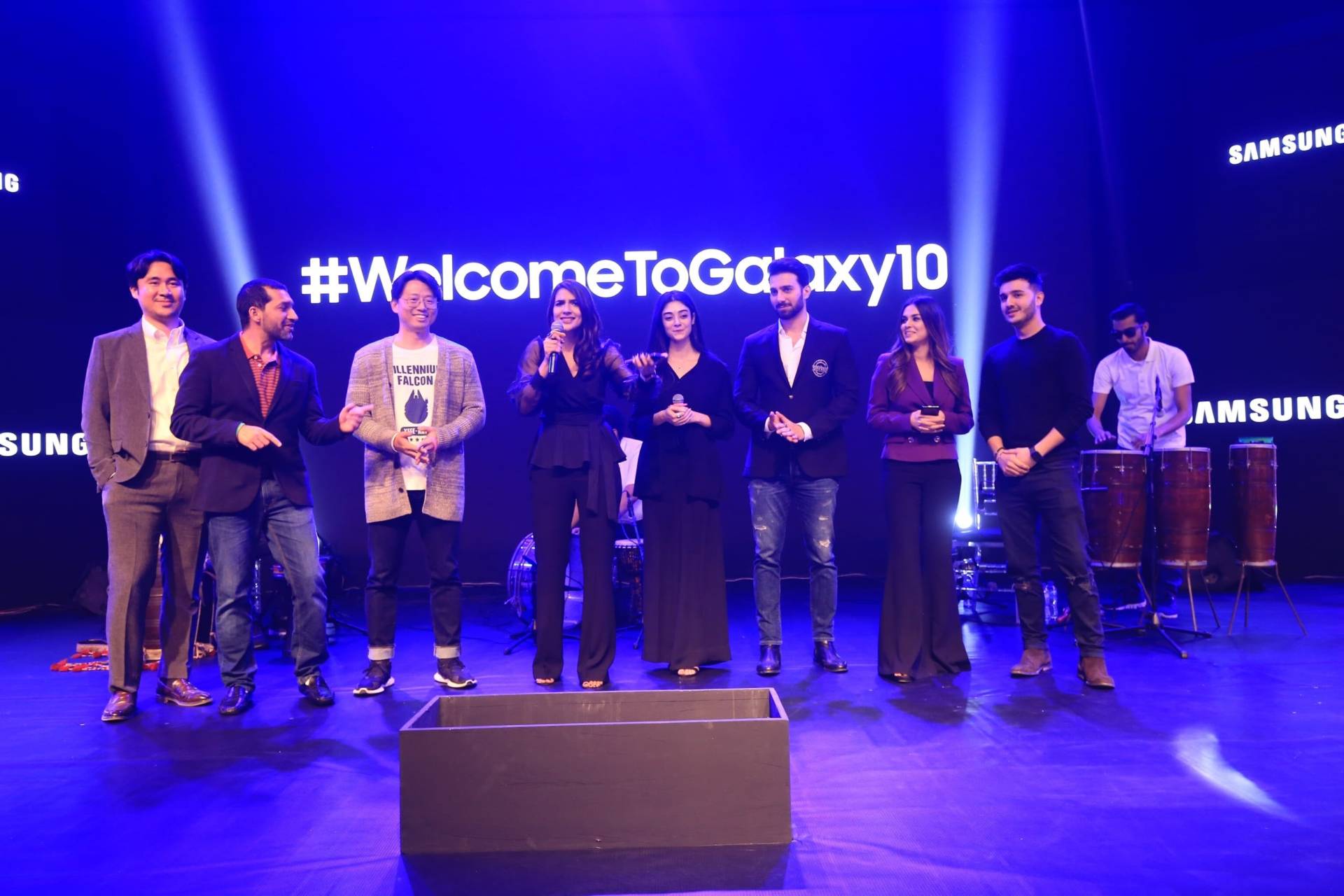 The night was full of awesomeness. There was awesome food, awesome music, awesome people, and awesome gaming to stir up the night. The presence of hundreds of GEN Z faces was eye-witnessed under one roof, which consisted of tech enthusiasts, influencers, celebrities, social media influencers and musicians! Famous celebrities from the Pakistani Media Industry attended the event and experienced the revolutionary Samsung mobile phones! 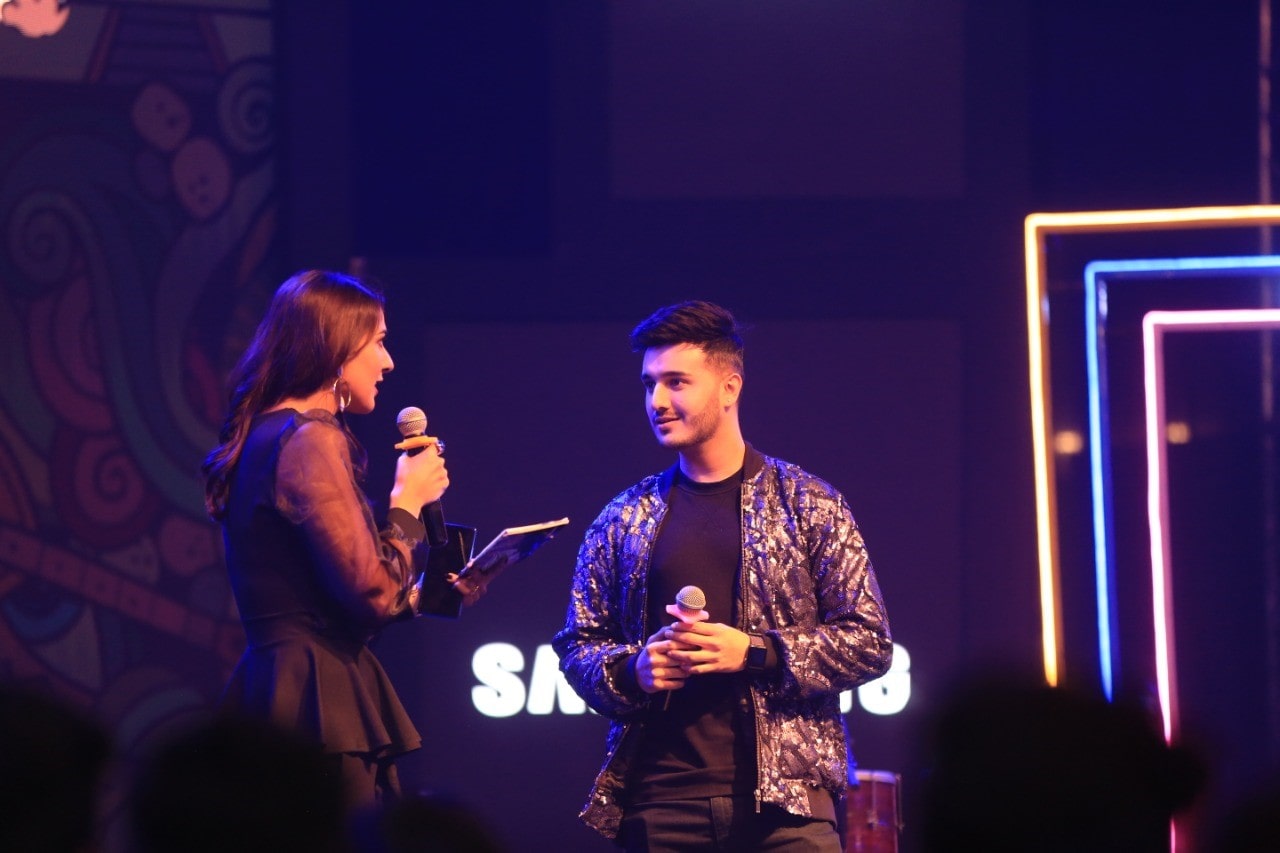 The Handsome Emmad Irfani, the gorgeous Noor Zafar Khan, the super talented Mahenur Haider, the awesome Shahveer Jaffery were under the spotlight for the big moment alongside Managing Director Samsung Pakistan and Afghanistan Mr. Roy Chang and The Head of Mobile Division Samsung Pakistan and Afghanistan, Mr. Umar Ghumman. The ravishing Rabab Hashim hosted the awesome launch of Samsung Galaxy A51, Galaxy A71, Galaxy Note 10 Lite, and Galaxy S10 Lite!

Talking on this occasion Mr. Roy Chang, MD Samsung Pakistan & Afghanistan said: “Thank you!! Over the past decade, Galaxy devices have redefined the mobile experience for an entire generation of users. And at Samsung, we’ve never stopped working to make those devices better, faster, and more powerful. We’ve never stopped innovating and engineering new ways to make all our lives easier. I’m so happy to be here today to introduce the new series of Samsung Galaxy. For me and my team, there’s nothing we love more than creating the next innovative device for our customers. The devices we will introduce are for those who seek lives filled with purpose and are motivated by a desire.”

Samsung believes in democratizing innovation and believes that the most iconic galaxy experiences and innovations should be accessible to as many people as possible. Bringing this promise to life is the Note 10 lite and S10 lite which got launched recently.

The Galaxy Series is something that anyone can aspire to own. The offering is simple: Awesome Phones at Awesome Prices because “Awesome is for Everyone!” 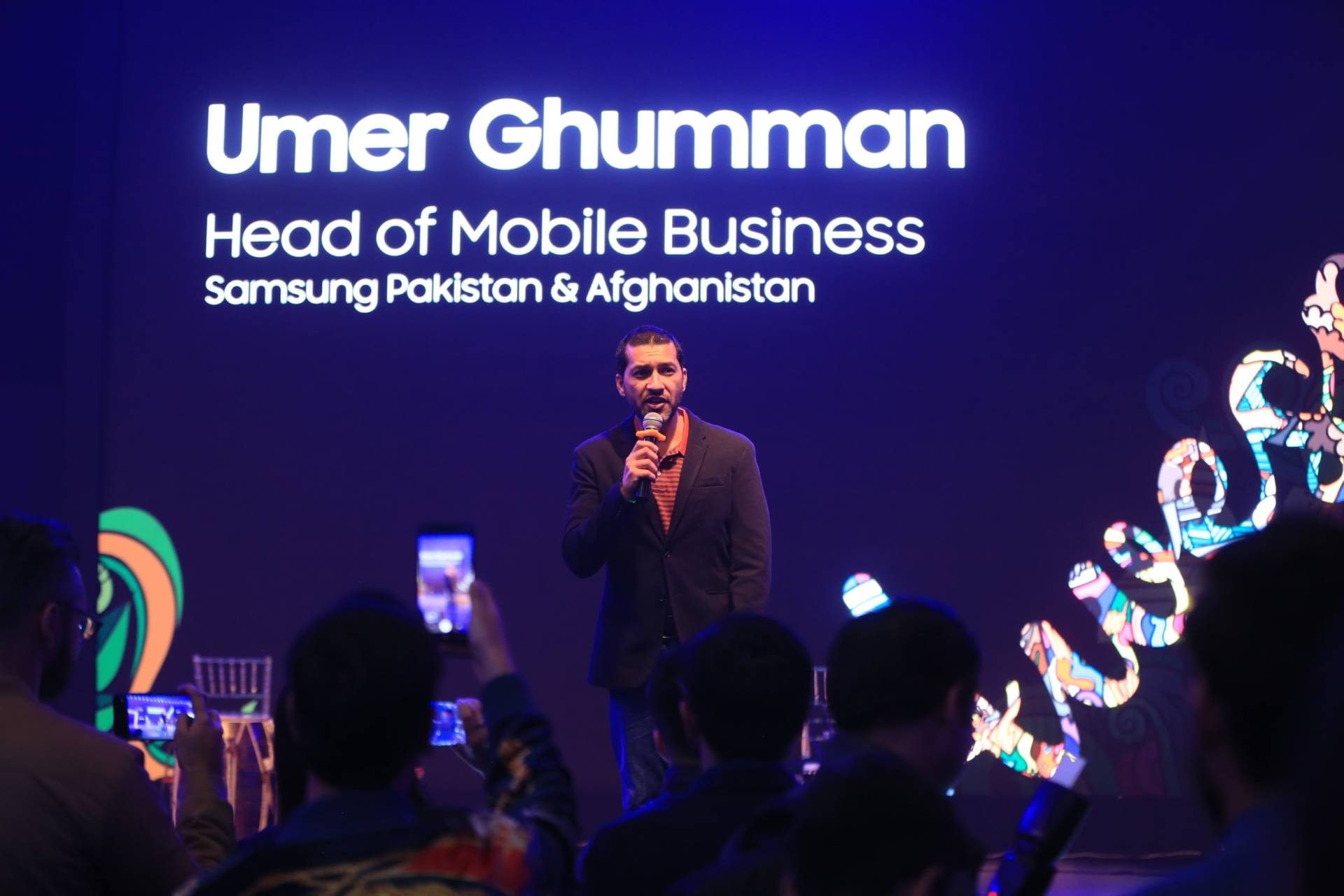 ”Samsung prides itself on creating innovative designs for the consumer of today. These smartphones we’re launching today are built for this new era of mobile productivity. And by productivity, I don’t just mean how we work. I also mean how we create and live our lives. With the Lite Series and A Series launch, we aim to bring forth maximum innovation along with price points that are accessible to as many consumers as possible.”

”The innovative camera, the large screen, and the big battery built specifically for a generation that’s capturing their passions and their experiences and every moment of their life’s story. We will be introducing a series of phones that enable today’s generation to do what others can’t!” 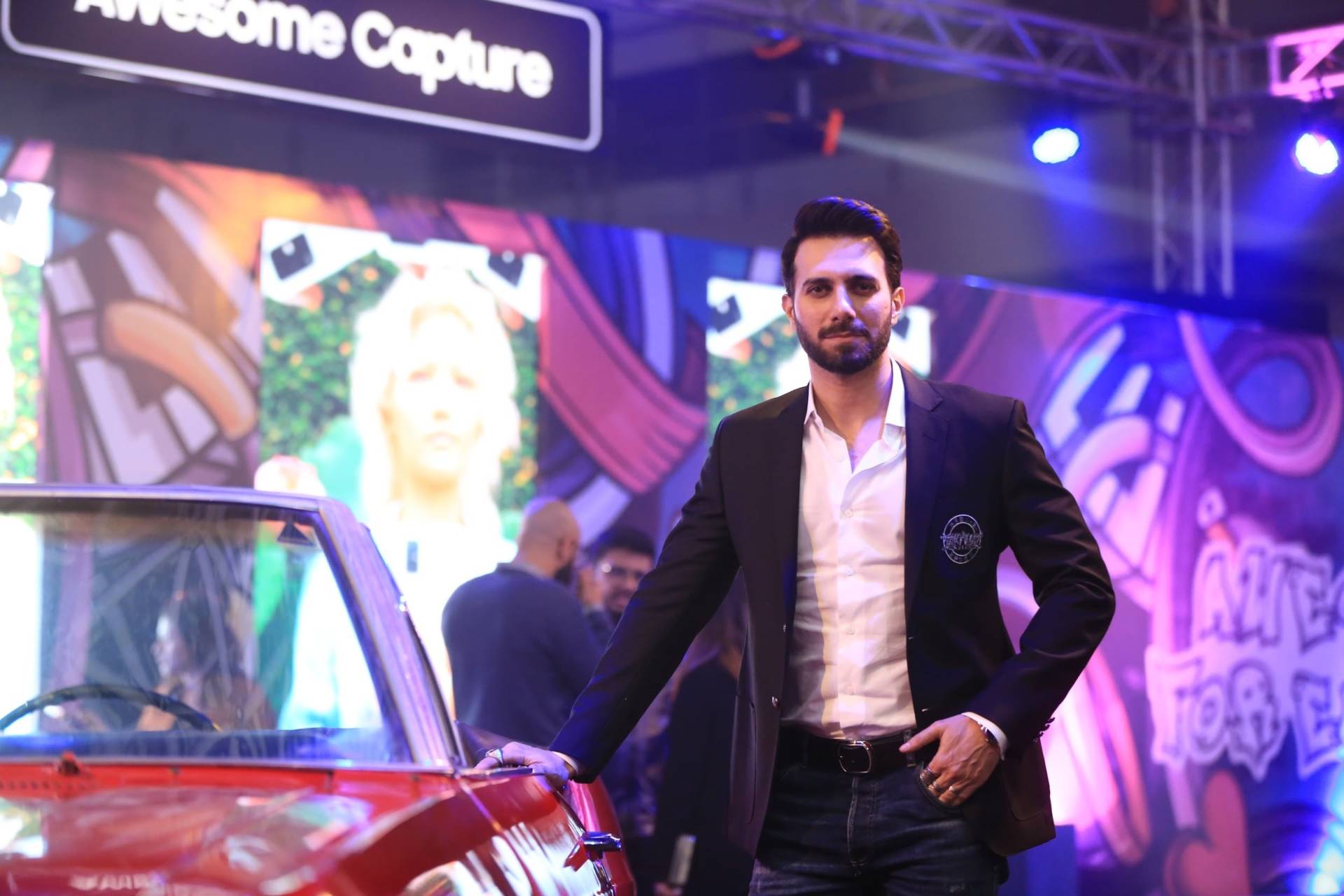 Talking about mobile phones, the awesome celebrities at the event also shared their views on awesome technology which was unveiled at the said event. “To make sure New Year is AWESOME, Samsung has launched the all-new Galaxy A51 that allows capturing all the awesomeness in the world”, said Emmad Irfani about his experience with Samsung Galaxy A51. He further said that: “An immersive experience unlike any other with the Galaxy A51’s 6.5” AWESOME Infinity-O Display that lets you enjoy every detail, uninterrupted. The Galaxy A51 helps you stay AWESOME all-day with a larger 4,000 mAh battery, keeping you fully charged for every moment and always action-ready.”

Similarly, Galaxy A71 was also one of the awesome devices that launched on this awesome night! In the experience zone, people loved the amazing 64MP Quad Camera of A71, even one of the most favorite Youtubers of Pakistan Shahveer Jafry also mentioned A71 as his most favorite one on the stage. He said that this device has enabled him to create content on the go with its long battery life.

Popular gamer Arslan Ash was also there, who has got massive followership on YouTube, and Facebook, one of the popular names in the gaming circuit. He mentioned Galaxy A71 as the smoothest gaming experience phone that lets you enjoy all these high-resolution, and multi-functionality games with smoothness. Galaxy A71 is powered by an “AI game booster” which stacks the phone well above the rest of the phones that support mobile gaming. 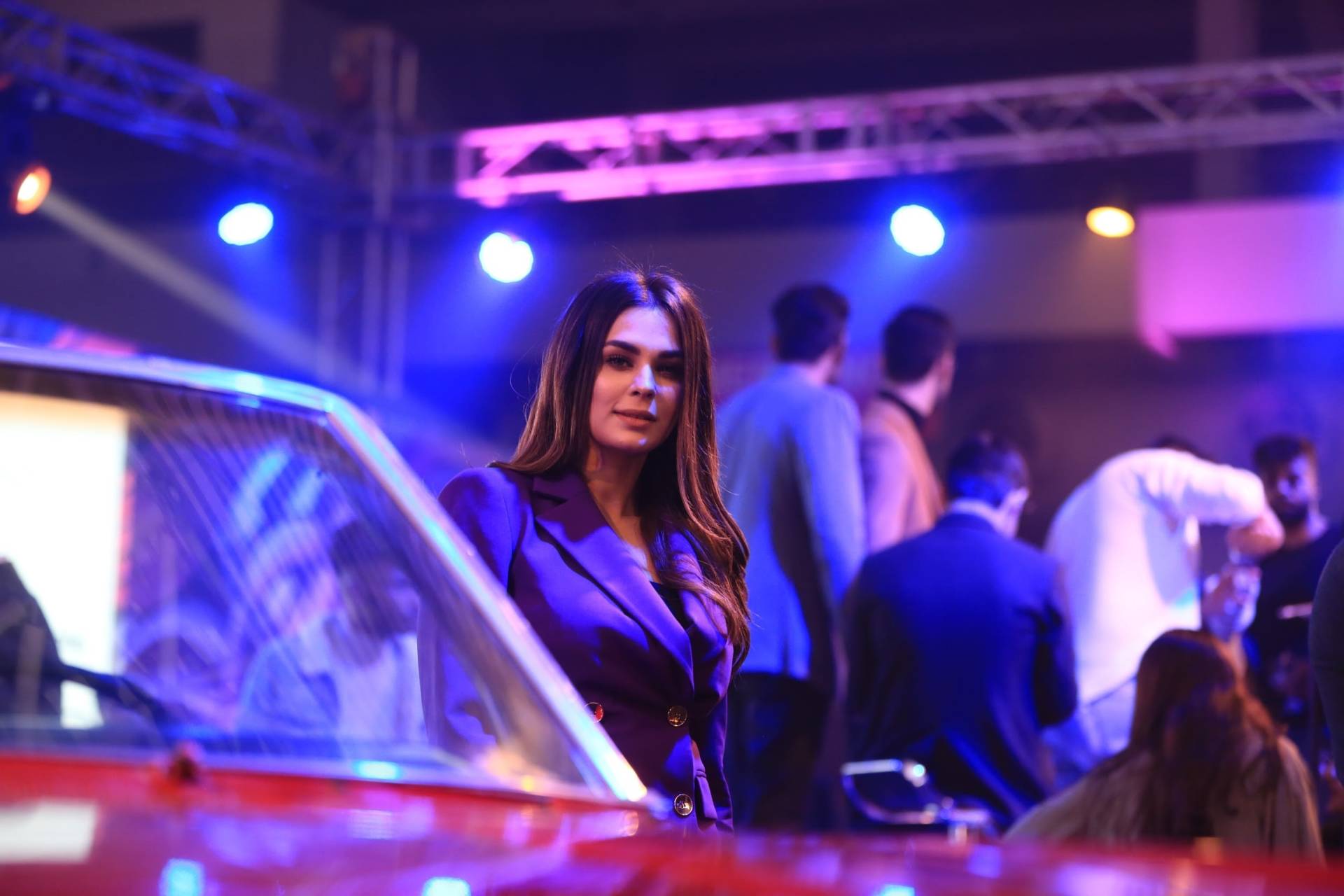 One of the young celebrities of Gen Z – Mahenur Haider, was also present at the event, a visual artist by qualification – she talked about the Galaxy Note 10 Lite as her favorite device and said: ”I am very fond of doodling and the best part of Galaxy Note 10 Lite is the S Pen, I’m totally loving it, it helps you draw anything you want to, whether it’s a caricature or a funny doodle. And it also helps me take cool selfies, without the hassle of holding the phone in hand!” Mahenur also made a live design of her creative doodles to share with the audience and flaunt her skills. 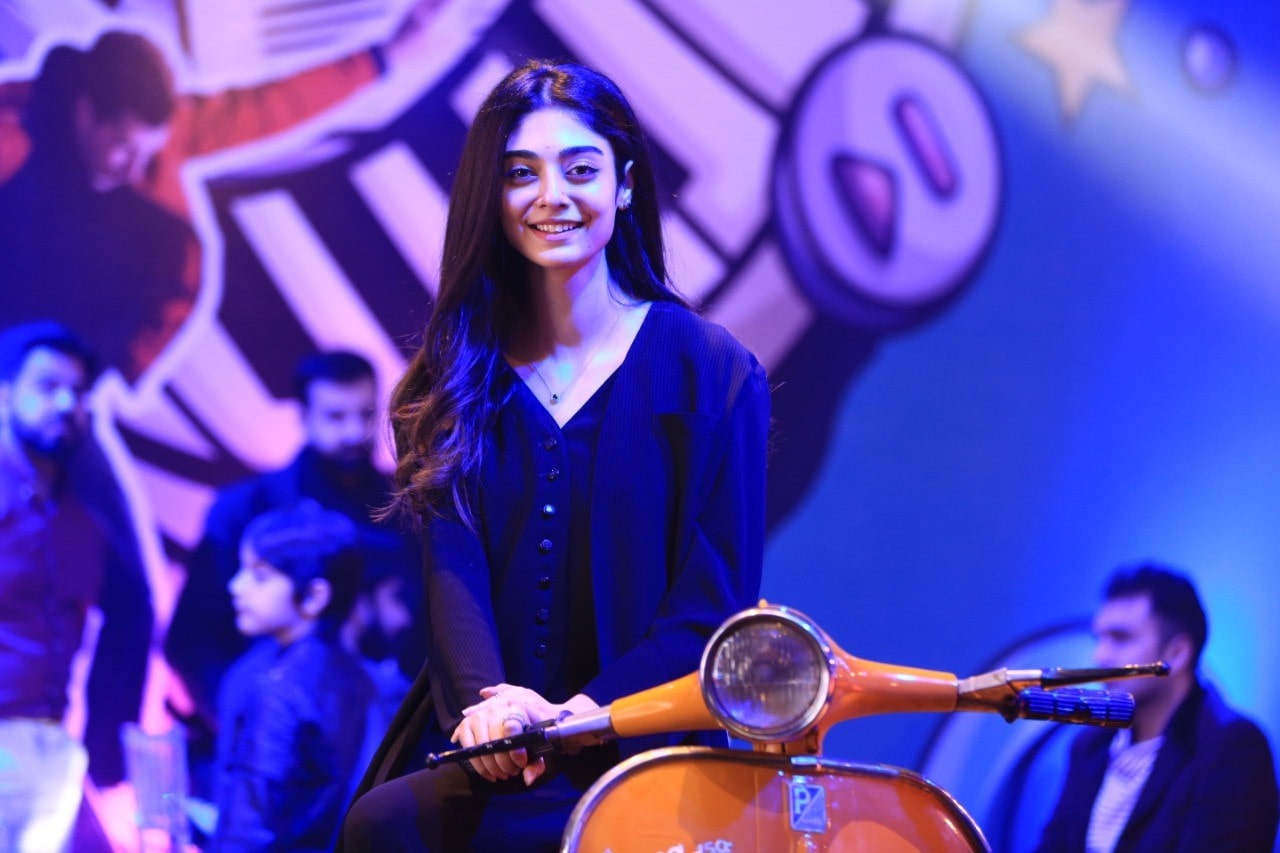 Young actress and model Noor Zafar Khan made the night even more awesome with her presence. She also turned to be a fan of the awesome Samsung mobile devices! When asked she said: ”See I am a social expresser and quite fond of Instagramming, Snapchatting, and taking pictures of stuff around me. So, the power of a Pro-grade camera in my hand really helps out in capturing special moments. Therefore, I loved the S10 Lite, which is equipped with Image stability feature, OIS, it helps make the videos smooth and steady without the usual shakiness that we see in videos, normally!”

Talking in his peculiar tech expert style, Video Wali Sarkar said that: Galaxy S10 Lite has resolved another major issue that people usually face when they purchase flagship device that they don’t get value on resale/purchase, this phone with a big brand of Samsung will definitely not face this issue which stamps the fact that this phone checks all the boxes.

XeeTechCare also shared his comments on the user experience of Galaxy A71 and said that: “This is by far the best gaming phone that has been created so far, supported by an AI game booster, this phone is bound to make all the gaming enthusiasts think about purchasing this awesome device.” He was also quite impressed by the 5MP Macro cam that has enabled a whole new world of macro photography. 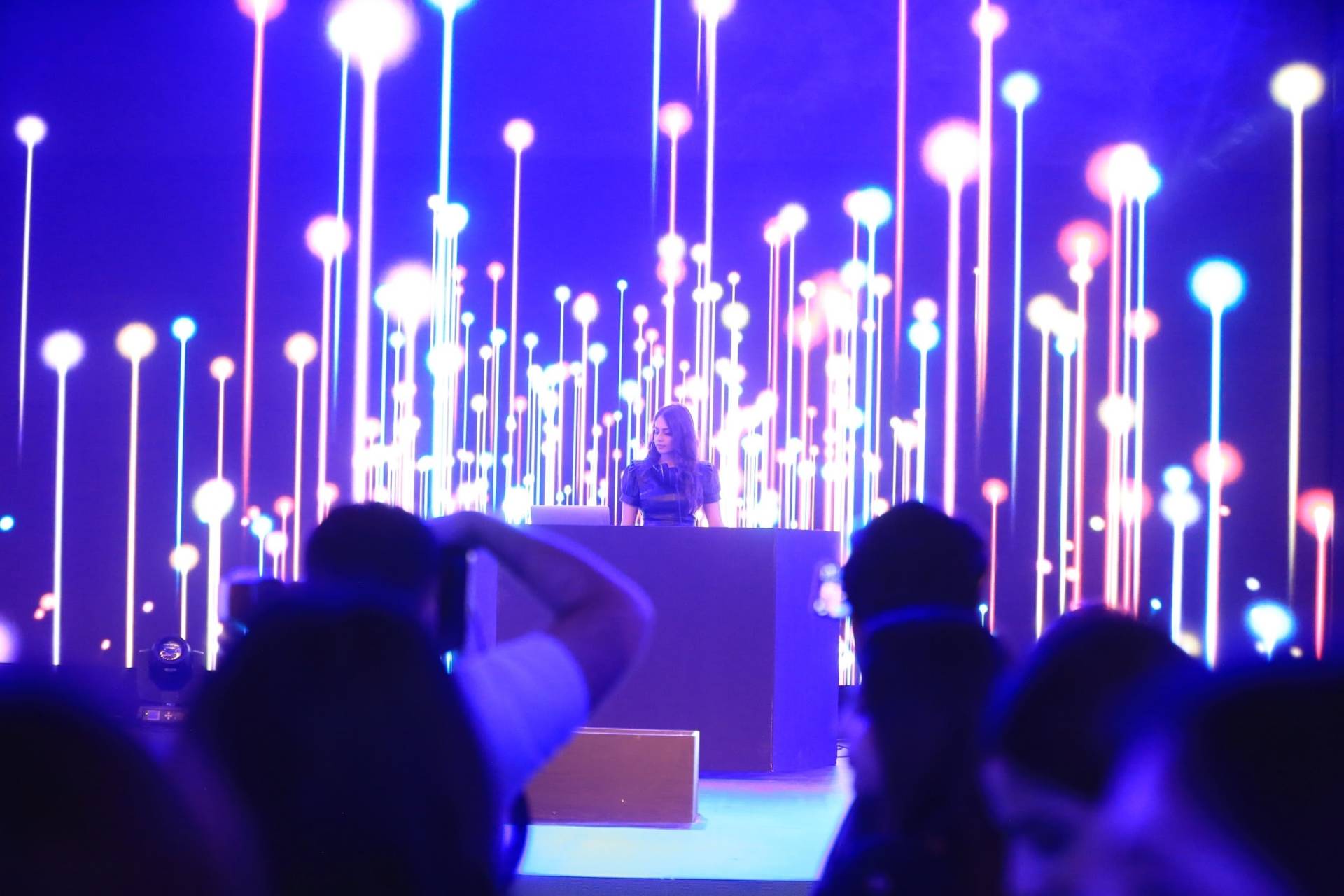 The event kick-started with some pop and hip beats played by the fantastic DJ Neha Khan. The mobile showcase act was built-up alongside the awesome percussive beats of Rindanum! And the final musical performance by Music Sensation of Gen Z, Shamoon Ismail, elevated the night to a whole new level!

This night presented by Samsung has been a celebration of the resolve that radiates the energy of our exuberant youth, their zeal, and the power to outwit the most delicate machines. This night was a chance to put ticks in the checkboxes of passion points that we pursue with such gusto, this night has been a celebration of Samsung’s undying pact to enable, and support the people for their perceptions of the new world order! The event was an awesome experience in itself!

Everyone enjoyed the food as there were dedicated food corners by Dock 27, Chop Chop Wok, and awesome drinks by Pakistan’s first-ever food connoisseurs – Adeel Chaudhry!

The best part of this event was that it was all in all; Instagrammable; yes you’ve heard it right!

From vintage cars to neon signs, caricature & tattoo artists and neon photobooths, everything was super LIT. People all around were busy snapping with awesome props, around graffiti walls and many of them were spotted getting tattoos by a special tattoo artist, how cool is that? To add awesome deliciousness to the party, 5 different kinds of Sushi were served, and people could just not have enough!

It definitely wasn’t an ordinary mobile launch! It was a one-of-a-kind experience! The guests seemed like enjoying each element to the fullest, awesome gaming, awesome food, awesome music, awesome mobiles! And we could see the social media already flooded with awesome posts. In contrast to most mobile launches, the event was an experience, a festival, one in which people were celebrated and encouraged to express themselves, the way they liked.

Let’s wait and see what the future holds for Samsung, as it says, “Awesome is for Everyone!”,

In the meantime, check out the highlights for the event:

Ali Zafar Reveals The First Poster Of ‘Mela Loot Liya’ & The Excitement Is Real!
Remember: Grades Are Important But They Are Not Everything!
To Top