The tension between India and Pakistan is insanely vulnerable. There are socio-political issues surrounding a heap of controversies and being a Pakistani, you know a day doesn’t part without a controversial news piece regarding both the countries. Bollywood actor, Salman Khan is the latest target after his comments regarding India-Pakistan war tension sparked controversies. 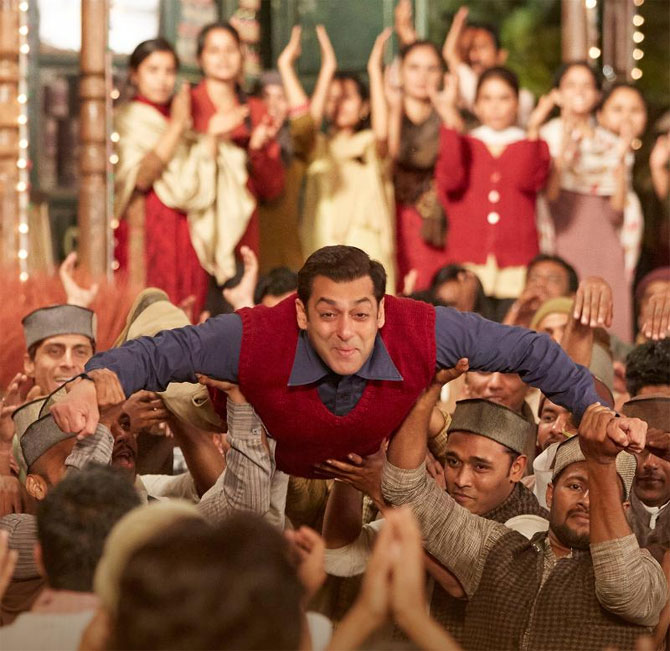 Salman Khan sat down in a press conference to discuss his upcoming movie, Tubelight when he passed remarks about both the countries and a general situation of war. This is what he said:

During a war, the armies of both parties lose lives. Sons are away from their families as well as the fathers. Tell those who demand that the war should be moved to the front. Tell them to pick up guns and fight, and you’ll see the war ending in a day. We haven’t covered the details of the war in the Tubelight movie. We have only used it as a backdrop. We simply highlighted that wars must end soon and our soldiers should return their homes.

Here is the actual video reference where Salman Khan can be seen speaking about it:

Salman Khan was CLEARLY talking in context of his movie, prestitute twisted it! pic.twitter.com/IBe36Z9SfU

No body twisted anything. Everything is crystal clear in the clip. SK trying for cheap publicity. His real character came out as Always. Ok?

#SalmanKhan You have no right to comment on war.Do your acting stupid.

It was reported that Shiv Shena and the rest of extremist groups are not happy with Salman Khan’s remarks. Indian extremist groups have lashed out their sheer criticism on the Bollywood actor. They seemingly find his words as support for Pakistan army. Since the debate of India and Pakistan is very vulnerable and not a minute passes till it takes a whole new shape of controversy, Salman Khan’s words were said to be ‘twisted’. However, Salman is right about war and it’s a general opinion that anyone with a reasonable mind can agree to.

What do you guys think about Salman Khan’s comments? Do you agree with him or not?