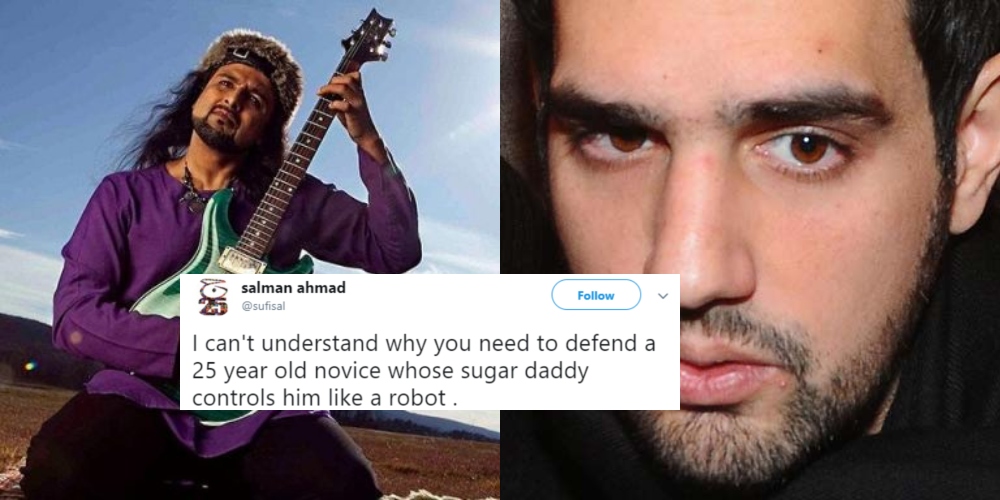 Shahbaz Taseer and Salman Ahmed have interesting Twitter profiles. You would find both of these men passing interesting remarks about a number of things. Would you ever believe both of them to be in a Twitter feud with each other over anything?

Here is what Salman Ahmed shared:

If @BBhuttoZardari has the guts to face an artist, I'm ready to debate him on arts & culture & human rights. My record against his on TV.

Such a tweet would trigger pro-PPP people on Twitter and certain ones managed to call out Salman over it.

I have already said this to you before. ——— Obama would not debate Britney Spares! https://t.co/MI5PrxVIYC

So, Shehryar Taseer just compared Salman Ahmed with Britney Spears. Oh my, God, that is so hard to imagine fam.

I didn't say I was Obama , & im not sure if Britney would prefer to be likened to @BBhuttoZardari https://t.co/V7oBWrlOgY

? lame attempt at a comeback Britney. (Advice: take your time when responding)

And then, Shahbaz Taseer jumped in and made things even more entertaining!

Also no one wants to debate Ali Azmats x

I can't understand why you need to defend a 25 year old novice whose sugar daddy controls him like a robot . https://t.co/tdPHBB7mc5

I’m not defending him more laughing at the fact that you claim to be an adult while having a sugar rush.

Did you start all this to get me to read your interview? If so here is my verdict: you sound better playing the guitar ? https://t.co/gxVTxFwmwZ

Artists have a right to express. Your critique has no meaning. Without merit democracy is a sham. https://t.co/XvO7nBH77F

Hey genius I’m a writer which means if you have a right to express yourself I have a right to critique your expression. Especially if it sounds like you’re having a sugar rush ?

He is so confidently sure about everything here

Not every day do you come across Shahbaz Taseer and Salman Ahmed fighting on Twitter. One which apparently involves Shehryar Taseer as well. But that one was not so heightened. As soon as Shahbaz stepped into the game, things got freaky.