Lahore has been hit with another tragedy. A terrorist attack took place near Arfa Kareem Tower in Lahore. Among the casualties, about 28 people have been killed and 50 injured. It was an attack targeting law enforcers and the assailant was hailing on a motorcycle. It is extremely sad what happened yesterday in Lahore and it just reminds us of the battle our nation has with terrorism. 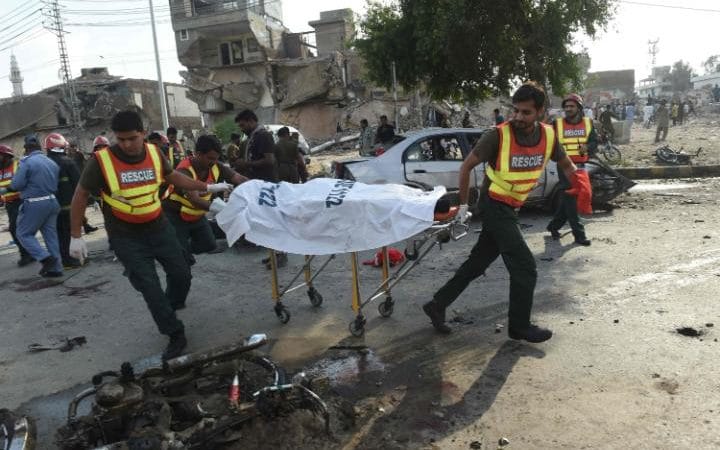 Meanwhile, heartfelt condolences and sympathies out poured by Pakistanis on social media. One by one, people began condemning the attack and urged to stand united in this moment of calamity. It is substantially devastating what the families of the deceased have to go through, while some are battling for every breath of their lives in hospitals. During such a catastrophe, any hint of controversy goes in extremely bad taste. Every one remains cautious about their comments and nothing must come out insensitive. However, a famous personality took advantage of the moment and passed comments that would boggle any sane person’s mind. Musician Salman Ahmad, who I am sure you are pretty familiar with, just politicized the attack in Lahore.

Appeal to SC: How many blasts in Lahore are required for you to reach a judgement on #PanamaCase . Ppl don't have infinite patience.

It is bad in taste and disappointing. Words from a noteworthy musician actually put us to a big shame. It is very inappropriate and extremely insensitive.

Not everything in the world revolves around PANAMA CASE. Where is your empathy, people have DIED. https://t.co/RoXve6bGs1

FFS, how insensitive are you? https://t.co/mF29tCLBR0

Lahore bleeds and you are doing your dirty political dance. Lakh lanat

Hope you are drunk while tweeting this

See how a public figure rises above petty issues of politics pic.twitter.com/9rUJAdwp6j

People like Rana Sanullah, Dr Moeed Pirzada and Salman Ahmad are the last thing this society needs after a terrorist attack. #LahoreBlast

Dear @ImranKhanPTI, why don't you distance urself from the likes of @sufisal?

If he thinks his opinion holds a ground, it was not the appropriate time. It was time to mourn and actually pray for the victims. The priority was to stand with those who suffered and his comments did not scale anywhere fulfilling that objective. Celebrities and media personalities need to keep their positions and their influence over common people in mind before releasing such statements.