This 7-Layered Tea Is Straight Out Of A Chaye Lover’s Dream!

Chai or Tea is perhaps the only beverage that fuels Pakistanis. If you are from a Desi background and you don’t prefer to drink tea, people will certainly not consider you as normal. Served cold and sometimes hot, tea is really a gamechanger for many people. Recently, a video went viral on certain social media platforms where an individual shows the art of making a seven-layer tea. 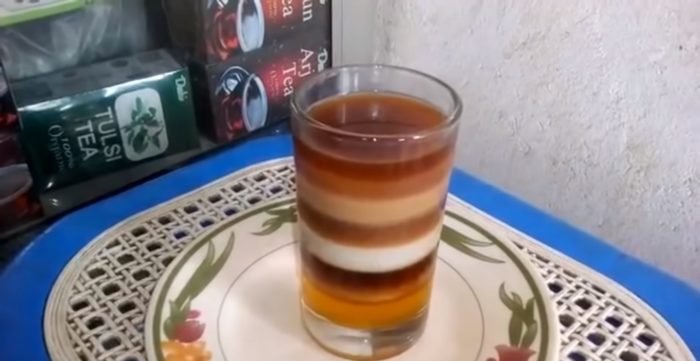 From the looks of it, the seven-layer tea looks quite mesmerising. The person responsible behind its creation names it as Rangdhonu. The not so familiar name means that the tea represents a rainbow.

Saiful shares that following the tea’s creation, his stall has become one of the most popular spots. Tourists from all around flock at his tea-stall to enjoy the desi beverage. Not to forget, tea connoisseurs also visit his stall to have a look at this marvel of creativity, and obviously, to indulge it.

In a recent report to a private channel, Saiful said: “I somehow acquired the secret technique of mastering the seven layers. From there, I opened a store to sell the seven-colour tea.” 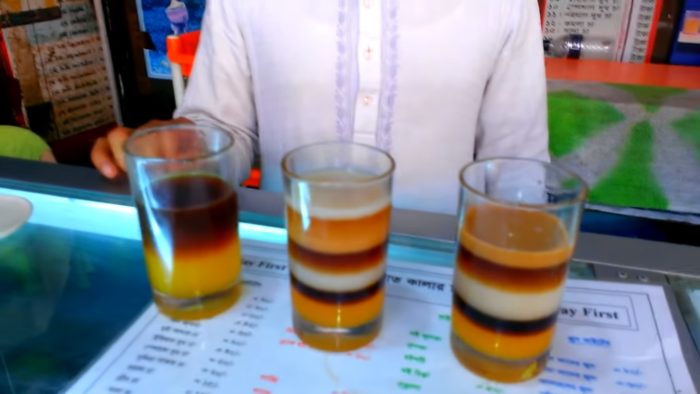 Adding to the interview, Saiful says that the magic lies in the fact that none of the seven layers mix with each other. Hence, the flavour remains perfect and each layer escalates its own colour and taste.

About the ingredients, he asserted: “We mix different types of locally and China-grown tea. There are three black teas and one green tea, with milk and various spices. Each mixture has a distinct colour and taste. Moreover, I pour one on top of another to create seven distinct bands of colours including orange, black, white, strawberry, milk and green.”

A Never-ending Bond With Chai!

It should be noted that it was for the ‘Goraas’, introducing us to tea. Ever since then, Pakistanis have fallen in love with this elixir. For the locals, Chai is itself a three-course meal. One doesn’t need to doubt about a Pakistani’s love for chai. For starter, in 2019, Pakistanis celebrated their nationali-tea in a really unique way.

The logic behind is, the first sip feels like you are starting to revitalizing your mind. Following, when you reach halfway through, the chai serves the purpose of pacifying your nerves. The last few sips leave you with a feeling of satisfaction, yet craving for some more at the same time.

However, a wonder like this seven-layered tea can be quite inviting. People from all around the city would surely come to try this artistic looking tea.