Sahir Lodhi Justifies The Display of Children Dancing in his Show To Settle the Backlash!

The past few weeks have been outrageous – the on-going discoveries of child rape in various parts of Pakistan has sparked debates. On one hand, people are seeking justice to the victims such as Zainab and other the hand, we see victim blaming.

A few days ago, Sahir Lodhi’s Aap Ka Sahir Dance Competition got under a lot of hatred. The displays the dancing of children who are then judged by famous Pakistani celebrities.

The debates started with numerous figures stating how such shows alert pedophiles and this is why there is an issue of child rape in the country.

Sahir Lodhi made girls less than 16 years of age dance and this is everything wrong with our media. Stop sexualizing little kids. He must be banned for introducing such culture pic.twitter.com/UarHDDTdUN

To address the backlash Sahir Lodhi and his show were receiving, the host shared the story of a young child who performed in his show. 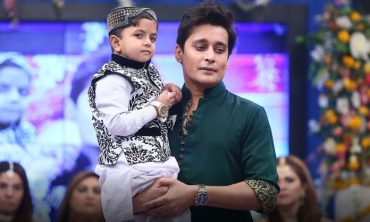 Sufiyan and his brother have a health condition which doesn’t allow them to physically grow. Given how expensive the treatment is, both brothers would use their dancing skills and talent to earn at this age.

Given how Sahir Lodhi has promised to pay for their medical treatment, he gave a subtle message of how children need to the showcase their talent, while some do it to avail benefits out of it.

With the show receiving backlash all over the social media, Lodhi’s subtle message may be enough to settle some debate for a while.