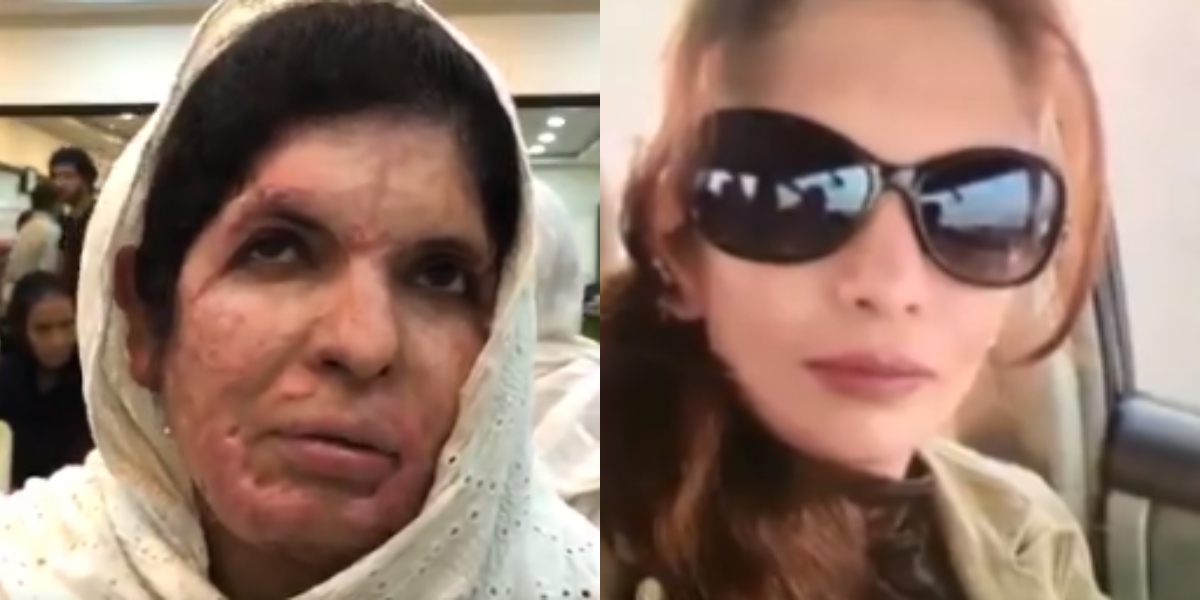 We have often read how some greedy husbands attempt to torture or sometimes kill their wives to gain monetary benefits and the story of Sahar Khan is an example of that. Sahar Khan, a resident of Alipur area of ​​Muzaffargarh, was set on Burned by her husband in December last year for insurance money. Her husband did that to claim her insurance of Rs 1 crore.

In an interview to Independent Urdu, Sahar said, ‘I had a wedding of my choice, we have six children, everything was fine, half an hour ago we were laughing, I also posted a picture on Facebook and wrote’ With Hubby ‘(with husband) and half an hour Later my world changed. He poured petrol on me and set me on fire and locked the door of the room.”

“My children were standing outside watching. I kept screaming and trying to put out the fire. The fire was extinguished and I fainted. Everyone thought I was dead, but people gathered when they heard my screams. When I regained consciousness in the hospital, I told them that my husband had set me on fire and the police arrested him.”

Brave Sahar Khan is back to life

Sahar Khan after being burned down by her husband for insurance is currently affiliated with the Duplex Smile Again Foundation (DSF). This organization works for supporting women suffering from acid attacks or fire burns. They are not only treated here but also taught various important life skills.

DSF provides treatment as well as skills to women who have been burned in an accident. Even now, cooking classes have been organized here for the last three weeks, where chef Zainab Ahsan teaches cooking to more than ten women, including Khan.

Speaking to Independent Urdu, Ahsan said, “I try to teach them how to make food in which they do not have to stand in front of the fire and they can prepare and sell them in a short time. I not only tell them the recipe but also how to pack these foods, how to market them, who can buy these foods from them. I am also training them on how to sell their food online.”

According to Khan, this class is no less than a blessing for her at this time. She also hopes to learn something from here. This will allow her to become financially independent and support her children.

An optimistic Khan added, ‘I have an MA in Economics. I also applied for a job in some places but did not get a job. I think one of the reasons that I did not get a job is that I have never worked and I don’t have any work experience. The second reason I feel the most is that maybe I can’t get a job because of my face. They will think about how I will meet people, talk to them or how people will react when they see me.”

The story of Sahar Khan is not only an inspiration for women but for every human being. It shows that every individual should face adversity with conviction. Through such determination and conviction, any woman can achieve their goal. Let’s hope that she succeeds in her future endeavors and support her children.