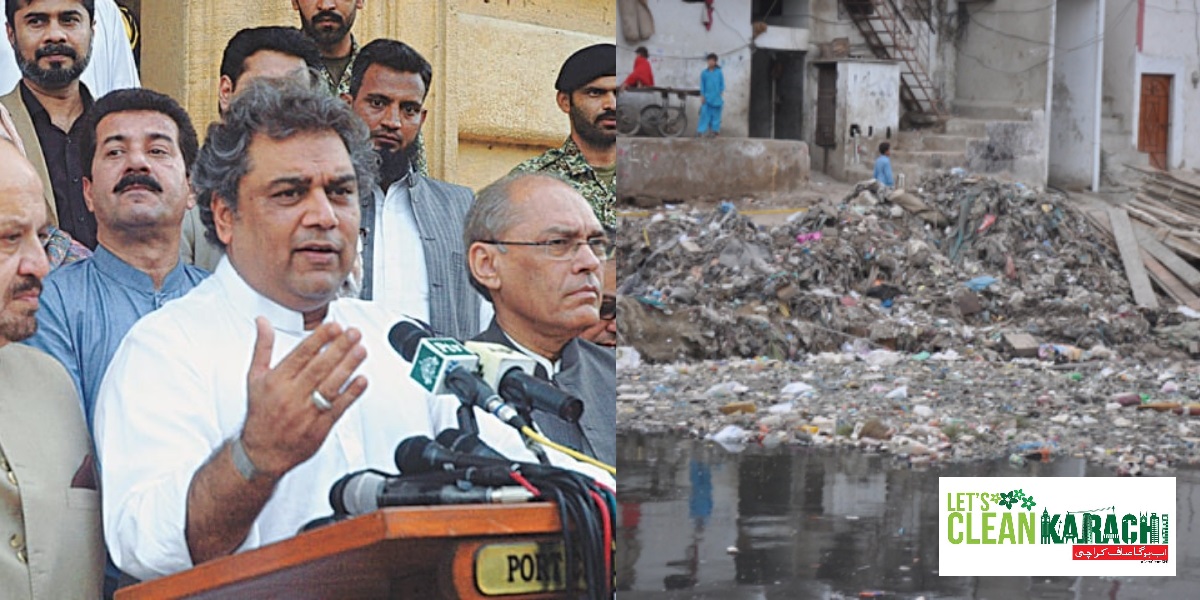 Have you been irritated of the piles to mountains of garbage on every street you go? Well, you weren’t alone in it. Every Karachite had been wanting this garbage off the streets from a very long time. But the government in Karachi hasn’t been able to make productive use of the budget allocated to the city. Neither has this issue been resolved. Since the Safai Muhim on the part of government hasn’t ever been as efficient. Hence, the mountains of garbage kept lying on the streets.

This city generates huge revenues for the country and yet has been ignored. The cleanliness of the city has been a problem for the citizens since forever. Be it the problem of sewerage water. rainwater, garbage dumping or industrial waste making Karachi lawaris city.  Instead of getting better with passing time, it has only been worsening. The blame for it has always been on the ruling party.

Anyhow, regular public and NGO’s started small scale cleanliness drives. Where they took volunteers and cleaned different parts of the city. But obviously, to have a long consistent impact, the public has been needing the hand of government in it too.

My Dear #Karachi… come and join YOUR campaign #LetsCleanKHI

Looking forward to welcome u all! pic.twitter.com/dr6VbIw0Up

Listening to the cries of the citizens a two-weeks Safai Muhim was announced. This is happening on straight from the PM. However, Azhar Laghari, the PTI’s provincial head of public relations, announced the launch of this drive. He said that the budget of Rs42.2 billion that had been allocated to Karachi shall be used in this drive.

Support From All Sects Of Society

This drive is receiving great support from trade, industry, and showbiz. Even 5,000 volunteers from the general public have pledged to support the campaign. 15 private companies also include in the list of supporters. This has happened on the call of Syed Ali Haider Zaidi who is the Minister for Maritime Affairs.

As the provincial govt of Sindh continues to repudiate Karachi, on the directives of PM, Fed govt & Sindh MPAs of Karachi along with the public take matters in the hand. Volunteers signing up at KPT for the massive #LetsCleanKHI campaign. Sign up online on https://t.co/BQqDPafA21 pic.twitter.com/glFWBGgbAf

Celebrities have been invited to use their influence and take part in the drive. This has motivated the involvement of a huge part of the public in the drive.

Anyhow, Ali Haider Zaidi reminded that people from all sects of the society should take an active part in the Safai Muhim. And play a responsible role in making Karachi clean after the heavy rainfall. With this, he announced that the cleanliness drive will be launched on Sunday, August 13. Which would be the biggest Eidi for the citizens of Karachi.

Letter From Mayor Of Karachi

Mayor Waseem Akram was the one to call out for help via a letter. Saying that most of the areas were water-logged. Especially the low-lying areas. The reason behind it was the chocked drains. Hence, he has now sought support from the PTI government on the matter.

Even though attempts were made to clean the clogged drains, the waste taken out from the drains was placed on the street for days. Which spread an even more filthy vibe in the city.

Hence, the abandoning behavior with the city from the Sindh government has resulted in the sore condition of the metropolitan city. It has been asked to report their plan for the city. But there has been no progress noticed.

In this condition of the city, private companies and the general public had to help themselves. Karachi Port Trust, for instance, has started cleaning the area under its jurisdiction. And K-Electric has also offered its support in the cleanliness drive.

Karachites are hopeful that this Safai Muheem would finally let them see a cleaner Karachi by Eid.  What are your thoughts on the drive? Let us know in the comments.

India Shows Its True Colours By Removing ‘Special Status’ From Kashmir And Turning Into Israel!
Model Rabia Butt Tried To Insult Nasir Khan Jan On Twitter But It Backfired Really Badly!
To Top