Sadia Imam has claimed that she was the one behind Rahat Fateh Ali Khan’s Jiya Dhadak Dhadak. The song is so popular that it became the reason Rahat was able to march into Bollywood. The fact that Imam suddenly released a statement regarding the fact that she is Jiya Dhadak Dhadak’s songwriter yet her name is not cited, has the internet baffled. 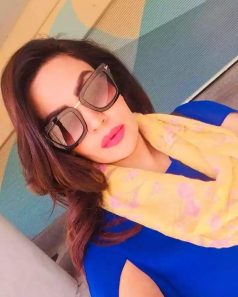 She keeps on mentioning that just because Rahat is a great friend of hers, there was no need to add her name in the credits. She said, “I gave the lyrics to Rahat and the onus of giving me credits depended on his ethical values. Had I been given credits, both the songs would have remained under my name forever.” This seems like a kind and selfless gesture but Khan’s management has to say something contradictory.

According to an interview with The Express Tribune, Salman Ahmed, Khan’s Business Director, mentions, “It is in bad taste that when the whole world is celebrating Khan Saheb’s Doctorate from Oxford University, Ms. Imam would bring up something like this, that too after so many years,”

It seems like this is not the right time to bring up past credits. Moreover, it takes away the focus from the great achievement the musician has received. This probably is not Sadia Imam’s song. Ahmed seems to take everything quite seriously and is not settling this in a simple manner. He said, “Even if she still claims that she is the brain behind penning the songs then she is more than welcome to present any proof, confirming the same.” Once again, yes, the proof is always necessary. 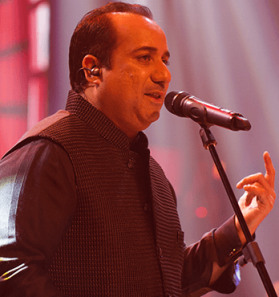 There always needs to be evidence to back up one’s claim. No one can blindly believe her if she somehow addresses her as a lyricist for such a huge song. Moreover, people have been confused because the original lyricist is already credited.

Sayeed Quadri is Jiya Dhadak Dhadak Jaye’s songwriter and Sachin Gupta is the one behind Zindagi Yeh Safar Hai. How did Imam manage to claim that both works belong to her is beyond everyone?

Moreover, even one of the producers Rafi for the songs stood up for Khan and mentions that such claims are insane. He shares that he knows the entire aspect of the song so there is no way he missed something, he said, “These are baseless claims. The entire song was made in my presence. Rahat came up with the melody in a taxi. We then went to Rohail’s place where he arranged and made the music for the Bollywood hit single.” Then he further adds, “Lyricist Asim Raza was then called in to pin down the lyrics which he did then and there while sitting at Rohail’s place.”

What do you think of the situation? Were these claims unnecessary and unexpected? Did Imam do this to divert the attention from Khan’s achievements? On the other hand, could it be the truth? Share your thoughts.

A Complaint Has Been Lodged Against Veena Malik For Harassing Maryam Nawaz On Twitter And This Is Too Much!
Pakistanis Are Savagely Trolling Designer Zara Shahjahan For Being Elite And Who Hurt You, Bro?
To Top