Rahat Fateh Ali Khan is one of Pakistan’s most prominent musicians. Being the nephew of Nusrat Fateh Ali Khan, a Pakistani legend, he lives up to his uncle’s name and legacy. Rahat is worldwide as well. So, he makes sure to give Pakistan its rightful positive representation. Recently, Sadia Imam has mentioned that she wrote Rahat’s Jiya Dhadak Dhadak Jaye’s lyrics and the news has everyone curious!

The Reason She Did Not Get Credit:

According to Sadia Imam’s latest interview, she says that she wrote the song. However, she did not get any credits for it. In addition, Rahat has always been a close friend of hers so she thought having her name within the song would mean she could profit off from it. She said, “Rahat and me are very good friends, my name isn’t mentioned because then I would’ve gotten the money for the lyrics” 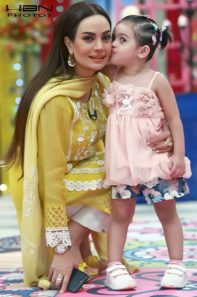 She also said, “When I wrote the lyrics, I had no clue that they had the potential to be as beautiful as they turned out after the composition,”

Moreover, she further adds regarding the reason she did not disclose her name, “I gave the lyrics to Rahat and the onus of giving her the credit depending on his ethical values. Had I been given the credit it would‘ve remained in my name forever. I don’t blame him because it was his first exposure and he listened to their advice so he did what he thought best for him,”

Initially, she mentions that the delay for the credit was because of payment issues, “Rahat told me that he couldn’t give me credits because he didn’t show it in India that the lyrics were written by a Pakistani,” the actress said. Nevertheless, throughout she got to address her inner feelings regarding the whole thing.

Rahat appreciates her efforts and she understands why he thought it was best not to disclose her name. However, in Sadia Imam’s latest interview she has also said that the fact the credits were not rightfully due, did hurt her. She said, “I believe after I gave him the songs it was on Rahat’s conscience to credit the deserving, and if he had it would certainly be a great thing because the credits would be mine forever,” Now she seems over it and both the parties are satisfied with the result. 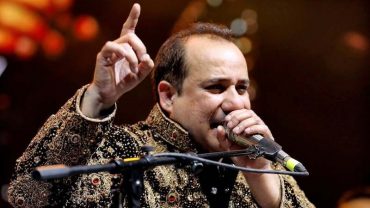 The song became an instant hit and was the reason Rahat made it big into Bollywood. Their friendship allowed its interference in business and she believes that their decision was okay.

She is grateful for the many times that Rahat has appreciated her existence on television. Whether Jiya Dhadak Dhadak Jaye’s lyrics were in her credit or not does not matter anymore. Moreover, their relations have been strong for long enough to not let any dark feelings take over. Sadia is happy with Rahat’s success and he is thankful for the work she has done within the shadows.

What do you think of the situation? Was this outcome the best? Share your thoughts!

The Reality Behind Urdu Digests And What They Really Teach Us!
This Pakistani Guy Shares How You Can Avoid A Toxic Relationship And What Need To Be Careful About!
To Top