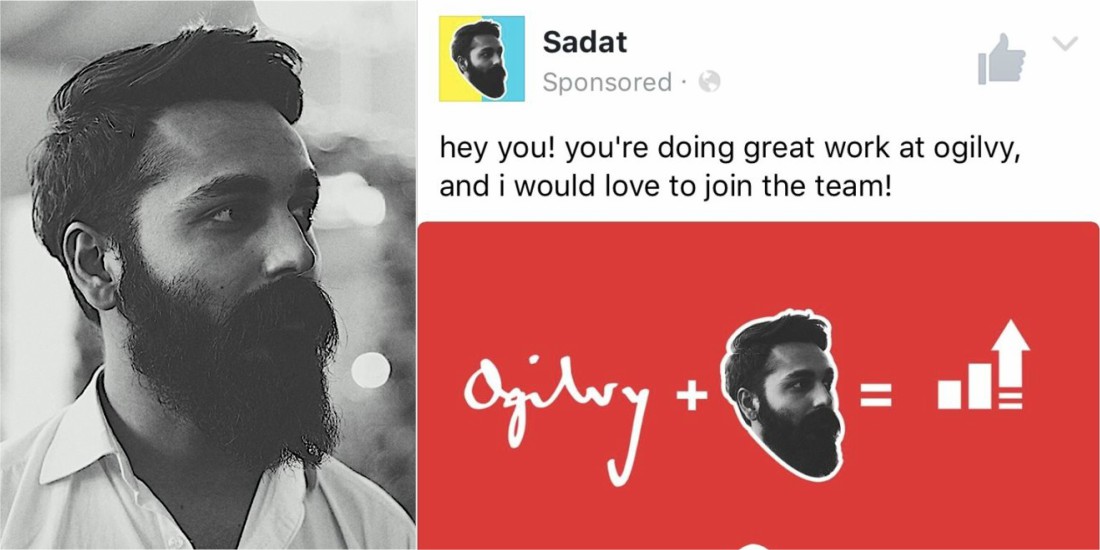 Landing an interview that too in a big company is difficult most of the times and we’re not even talking about securing a job. But this guy took a different track.

Meet Sadat from Lahore – a self-taught social media specialist and motion graphic designer – who sent his resume directly to the CEO and executives of the top ad agencies resulting in a job at his favorite place. 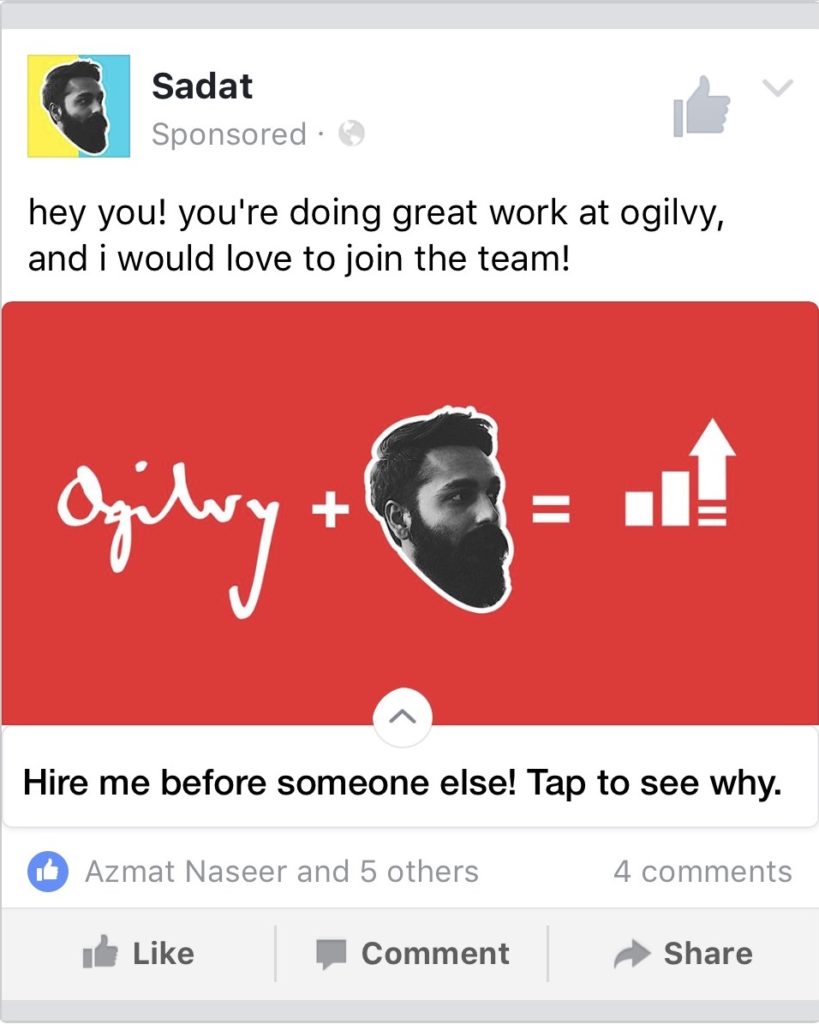 First, he made a stunning full-screen ad called canvas on Facebook which can only be seen on a smartphone, in the ad he explained why he is essential for the company, along with his portfolio. Click this link on a smartphone to see the canvas.

Then comes the fun part! When we think of an ad, we generally think of reaching thousands of people every day, but in this case, he used a reverse technique called micro-targeting – in which your ad only delivers to a specific group of people – so he targeted specific people and showed them specific ads that were meant only for them.

According to his blog post “how I landed my favorite job” the results were amazing, he got interview calls from the top companies which he targeted, and successfully secured a job at Ogilvy & Mather Pakistan.

This Pakistani Girl Explains A Desi Father-Son Bond In The Most Beautiful Manner
15 English Words You Didn’t Know Belong from the Urdu-Hindi Origin!
To Top