Controversies do not stay away from Mahesh Bhatt for long, as both go hand in hand. The upcoming Bollywood movie, Sadak 2, is the sequel to the 90s cult classic of the same name. Sadak 2 has come under fire for stealing the song of Pakistani music producer Shezan Saleem aka JO-G.

The Pakistani producer artist uploaded a video in which he compares Sadak 2 song played in the trailer with his composition. Shezan, the son of veteran musician and singer, Saleem Javaid, took to Twitter and stated, “What do we do about this. Copied from a song that I produced in Pakistan and launched in 2011. Let’s talk guys.” 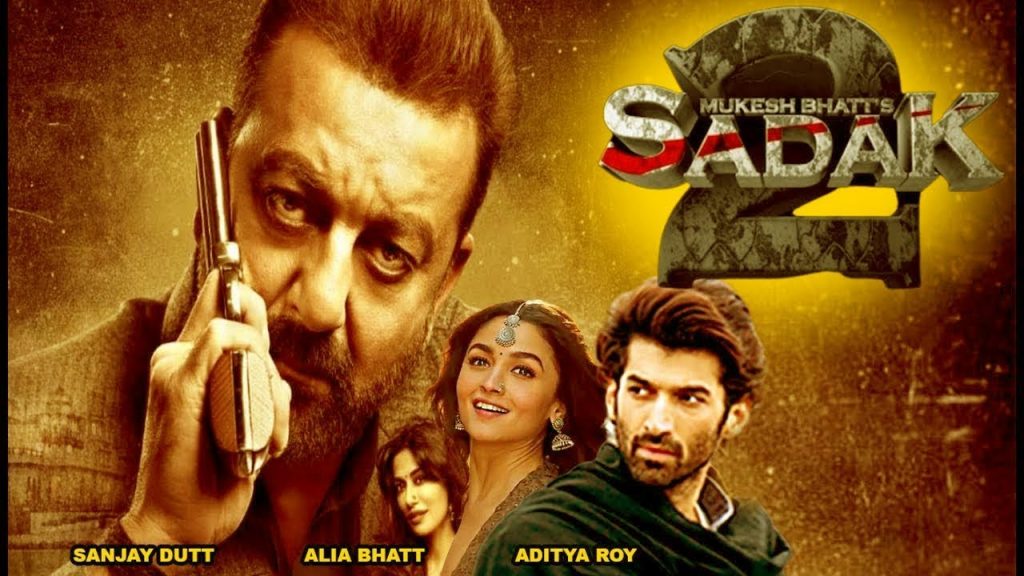 Soon after the trailer of Sadak 2 released, Shezan shared a video comparing its soundtrack with his own song.

“A trailer for a Bollywood movie called Sadak 2 has just been released, and there is a song in it called Ishq Kamaal,” he says in the video.

He continues, “After listening to it, I realized that it sounds like a composition I had produced for a friend around 11 years ago. The friend’s name is Zaid Khan. I think they’ve copied it because not only the melody but the music is also very similar.”  In addition, after playing the choruses of both songs, he asks, “What does the public have to say?”

@foxstarhindi
What do we do about this. Copied from a song that I produced in Pakistan and launched in 2011.
Let's talk guys. pic.twitter.com/BtKAHzPYMI

Twitterati chewing out the film for wronging the artist!

Some are telling Jo-G to file a case against the makers of the Bollywood film.

Bro file a case against these bloody thieves . These people have no creative and no knowledge and they won’t allow talented outsider to enter in Bollywood. Just see the dislike in their trailer… Say no to Nepotism RIP#SSR..

While others have accused the Bhatt family of persistently copying songs from across the border.

Bhatt family has been stealing Pakistani songs without giving the original composers any credit for 30 years. It's time we hold them accountable this time.

They are experts in illegal activities be it music, science or land drab!Nobody can beat them! U keep producing original, let them thrive on ur breadcrumbs! We haven’t forgotten dil dil Pakistan that they shamelessly show as their own! Not a big deal!#HappyIndependenceDay

In addition, Sadak 2 has been at the center of a controversy, even before its release. The trailer of the film, Mahesh Bhatt’s first collaboration with daughter Alia Bhatt, released on Wednesday. Within a few hours, it quickly became the most-disliked video on YouTube.

The trailer has received 4.5 million ‘dislikes’ on the video-sharing platform, with a massively unfavorable ‘like-dislike’ ratio. In addition to this, with more than 15 million views, only 2,55,000 people have ‘liked’ the trailer.

Music composer of the film rejects the allegation

Shezan mentioned in his tweet that Sadak 2’s song Ishq Kamal has a very similar tune like that of his song Rabba Ho which released in 2011. In the meantime, the music composer of the film Suniljeet has denied any such allegations and issued a statement. According to DNA India’s report, he stated, “Ishq Kamaal is my original composition and doesn’t share similarity to any other song.”

“Everybody involved in making this song including singer Javed Ali has added his magic to the music. This is my debut as a music director and all I hope for is that people like the song when it comes out. Shalu Vaish and I have worked with all our heart to live up to the expectation of Sadak 2 music,” he further added.

Since the death of actor Sushant Singh Rajput, cries to boycott star kids have been louder than ever in India. And the viewers’ anger only amplified on Wednesday when the trailer for Alia Bhatt’s movie released. Moreover, the film also marks Mahesh’s directorial comeback after two decades.