Karachi: Sacrificial Camel Tied Up in a Temple Irks Hindus

Islam is a complete way of life that is spread over the integral spectrum of life, showing us all how to manage all the human activities in an intact and exemplary way. Our religion have always taught us all that Muslims are equal no matter which cast, creed, color, culture or race they belong from even In the last sermon of the Holy Prophet (PBUH) he said: Arab nor a non-Arab has any superiority over an Arab; also a white has no superiority over black nor a black has any superiority over white except by piety (taqwa) and good action. But if we ponder upon our Muslim Ummah right now we will get to know how many loop-holes have we ourselves developed. 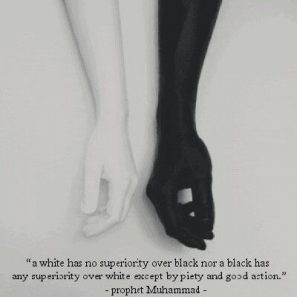 And yet another time we got to experience it on the religious occasion of Eid-ul-Azha. When an owner of two sacrificial camels deliberately tied them up in a Hindu temple to hurt the sentiments of local Hindu community near Karachi airport. Is it is really what our religion have taught us? If your answer is yes then I believe that you haven’t studied Islam properly as it teaches us to do it for Allah and not to hurt anyone including the animal.

STOP PLAYING AROUND IN THE NAME OF  RELIGION

But that is not it because we don’t really think of how what we say can hurt the other person especially doing something like this:

HE SHOULD BE ASHAMED OF HIMSELF

It would be completely wrong to blame the whole religion or even the whole Muslim ummah just because of a single person as this is not what our religion teaches us. Whereas such people are a symbol of shame for any religion and they should realize it as soon as they can.

Here is how people reacted over it:

What an absolutely sick thing to do. Hope twitter shows you no mercy.

IS IT SUPPOSE TO BE FUNNY?

This is wrong on so many levels. Learn to respect other people's beliefs. Stop being so ignorant.

Killing some animal and enjoying it ..makes you really inhuman

AUTHORITIES SHOULD LOOK INTO THIS MATTER

PAKISTAN BELONGS TO THE BELIEVERS OF EVERY RELIGION AS JINNAH SAID

IMMEDIATE ACTION SHOULD BE TAKEN AGAINST IT

Let us know in the comment section down below as to what’s your take on it.

Amir Zaki’s Last Performance in #CokeStudio10 Is Making All of Us Cry!
“They Broke The Door, Cut Our Hair And Harassed Us” – Horrific Incident Of Gang Rape In Karachi
To Top