The immensely popular Indian series, Sacred Games, has everyone intrigued since the very day it aired on Netflix. Of course, criminals, suspense, saving the city from an impending doom-who wouldn’t want to watch that instead of the mainstream Rom-coms that have everyone bored out of their minds?

The show had everyone all wrapped up in suspense. Season 1 ending with the criminal mastermind, Gaitonde, shooting himself, left everyone absolutely stunned and as a result, it seemed as if Sacred Games was all anyone could talk about. It was, on the 15th of August, that the second season finally aired, proving to be a sign of relief for the overwhelmingly anxious fans and, nonetheless, carrying quite an anti-Muslim and anti-Pakistani message. 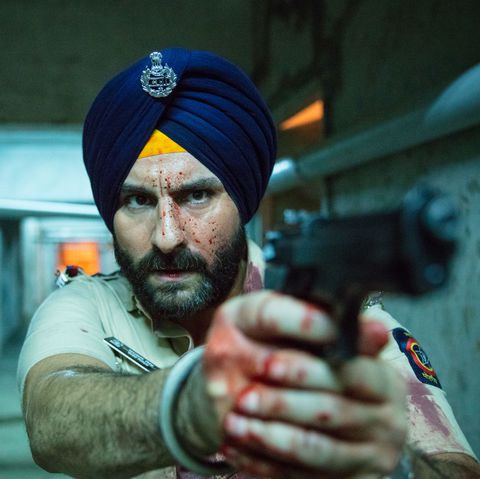 Famous Indian critic believes there is little to appreciate in this season of Sacred Games and if you think about it, he might be right!

“The humor, if it can be called that, is incredibly cheerless… Frankly, there is little to appreciate in this season of “Sacred Games”… “There is way too much happening on screen in this season. The violence that undercuts and defines the drama is purposely overbearing. Mumbai is finally saved. I am not too sure about the series.” -Subhash K Jha, an Indian critic for IANS.

In addition, many people felt, considering the current state between Pakistan and India regarding Kashmir, as if the show’s plot was purposely written on an anti-Pakistani and anti-Muslim account. After all, season 2, quite subtly, did defame Pakistan’s name along with its security agencies. Now that’s not very nice, is it?

Here’s what the Pakistani awaam had to say about this!

@NetflixIndia Sacred Games season 2 has focused on proving that Pakistan is behind all the terrorist attacks in India.

Also not the same thrill as season 1.
Disappointed.

Apparently, their main aim was to go against Muslims and Pakistan!

Completely ruined the story, plot of Sacred Games season 2. Writers only task was to go against Muslims and Pakistan. Another GOT S8 in the making. 🙄🙄#SacredGamesSeason2 #SACREDGAMES2 #SacredGamesS2

As of recently, many Pakistanis have been supporting Kashmir by putting up red displays and retweeting tweets regarding the matter with the trending hashtags. However, the very same people are found applauding the show and binge-watching it online which makes one wonder just how devoted they are to what they believe. However, if we really do wish to make a difference, boycotting Indian shows and music would be a good way to start. It might not do much but at least we’ll be able to say we did our part!

Have something to share with us regarding this? Let us know in the comments section below!

Fascist Modi Sarkar Plans To Make Detention Camps For Indian Muslims And The UN Is In Deep Sleep!
Beware Of FBR Tax Refund Emails That Look Exactly Like The Real Deal!
To Top