Pakistani Exchange Student, Sabika Sheikh Loses Her Life In The Texas School Incident and It Is Devastating! 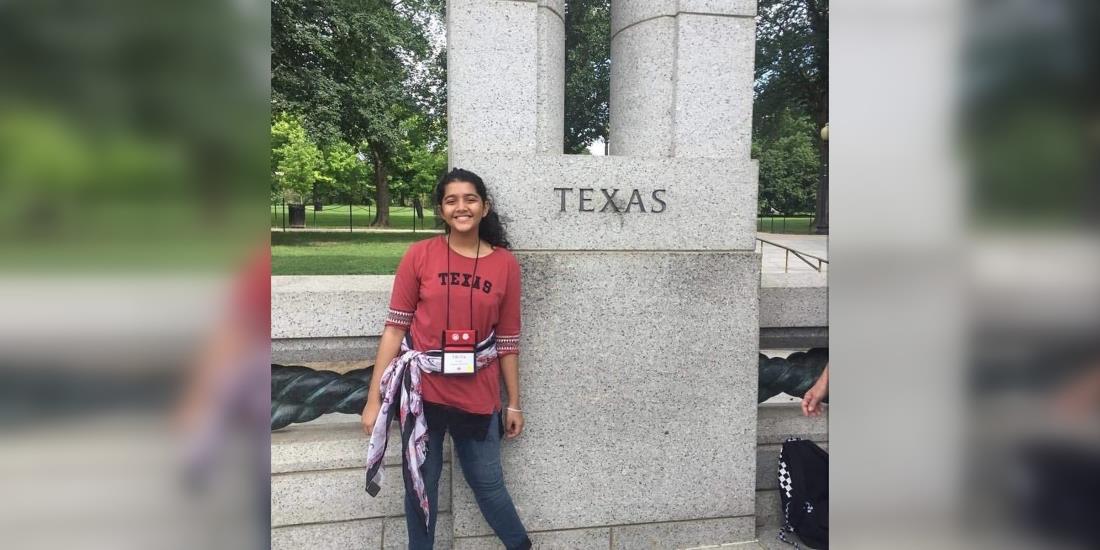 This year has been rough. If we talk about the U.S., many tragic incidents have taken place that involved public shootings where many innocents lost their lives. Not just that, but this has happened in the schools as well where hundreds of kids died on the spot. The U.S government was asked to take abrupt actions and look into the matter very seriously!

So, a similar tragic incident took place yet again. In Santa Fe, Texas, another school was targeted and 10 precious lives were lost including a Pakistani exchange student, Sabika Seikh. Sabika went to the U.S through YES program and was living in Texas. She was to return home next month for Eid. Last night, the news spread of her death and the authorizes informed the parents and family through email. 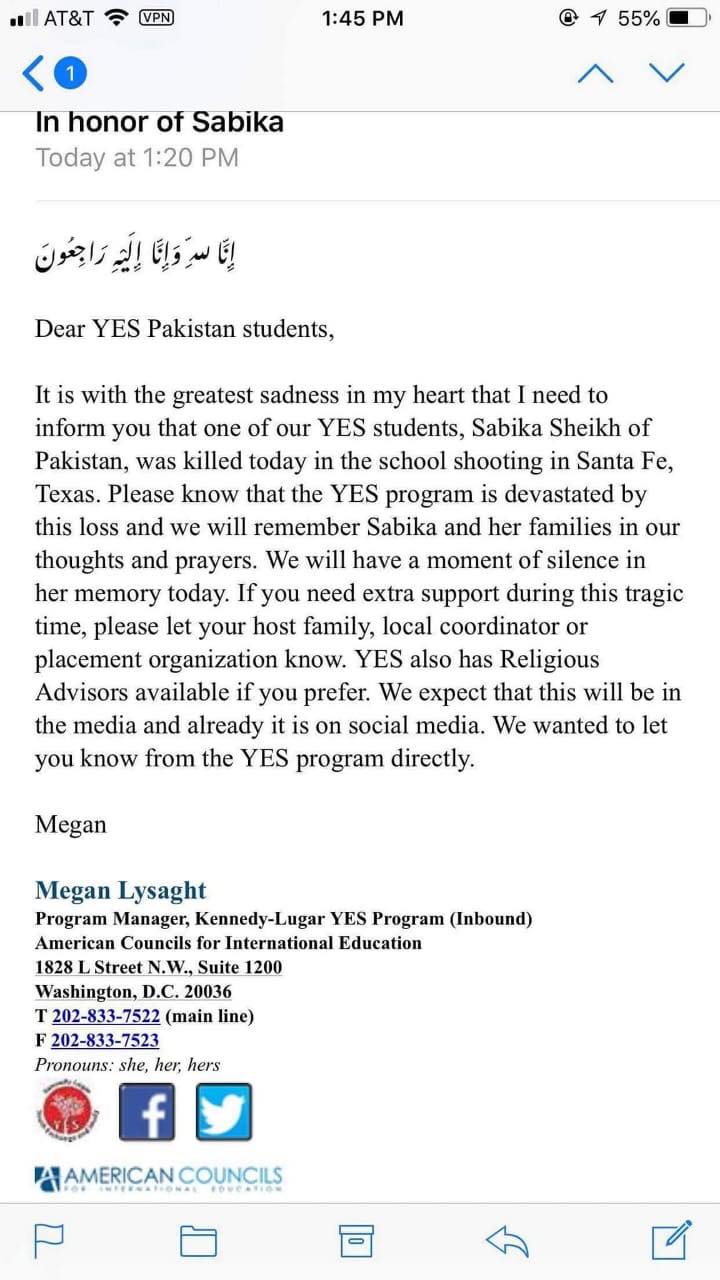 Today morning, an official statement was given out by the American Ambassador, David Hale in which he has offered his condolence to Sabika’s family over the great loss!

“This morning, I called the family of Sabika Sheikh and offered my deepest condolences. As an exchange student, Sabika was a youth ambassador, a bridge between our peoples and cultures. All of us at the U.S. Mission in Pakistan are devastated by and mourn her loss. We will honor her memory.” – American Ambassador David Hale

The U.S Embassy Pakistan offered their condolences to the family!

"This morning, I called the family of Sabika Sheikh and offered my deepest condolences. As an exchange student, Sabika…

We pray the family has the patience to handle this great loss and we pray the innocent soul of Sabika may rest in peace!

Want to Feed the Poor? Help Baseerat Foundation
Indian Actor Varun Dhawan Observed his First Fast and People Are Loving It!
To Top