Whenever a Pakistani represents him or herself on any international borders, a nationwide hype is created. With the likes of Mahira Khan, Atif Aslam and Ali Zafar making their debuts on the Indian soil, the normality of being approached by the Indian cinema cannot be denied.

Much to a disappointment, when the news of Saba Qamar making her way to Indian cinema was released, there wasn’t much puff up (God knows why) regardless of how superb an actress she is. 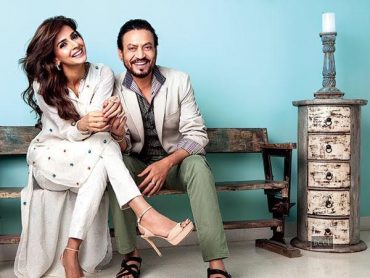 Starring opposite one of the finest Indian actors, Saba Qamar alongside Irfan Khan offers a lot of talent in their upcoming film, Hindi Medium.

Just yesterday, the trailer of the film was released and not much to our surprise, Saba Qamar received a lot of positive feedback, given how astonishing she looks in the film. Based on true events (because why not?), the film will talk about how the locals are obsessed with sending their children to English medium school because “learning English is VERY important.” 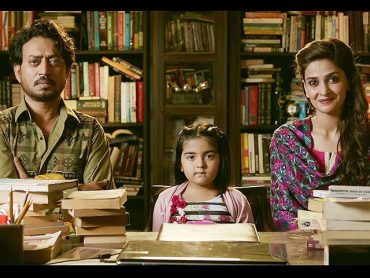 Seeing the trailer, it can be reflected how the couple goes through all sorts of thick and thin to send their child to an English medium school where she can learn and speak English. The couple goes to such an extent that they pretend to be poor.

Addressed in extreme witty, humorous manner, the film sheds light on how status conscious people worry so much about making sure that not only their child speaks English, but they themselves also use it as a medium of communication. While Hindu Medium may be a Bollywood film, how the subject is seen practiced in Pakistan shows how both cultures of the sub-continent share uncanny similarities.

Even in Pakistan, to ace in the English language makes you superior to those who do cannot speak properly in this language. As appalling as it may sound, this is exactly what our society encompasses. Even after years of independence, we are still under the influence of British-Raj as we believe English is superior to Urdu or even Hindi.

While the subject of the film is extremely important, it is amazing how the makers have chosen a lighter, funny adaptation to shed light on it. Worth mentioning here is how Saba Qamar looks excellent and powerful in this film. Surely, the trailer of Hindu Medium and the performance of both, Irrfan Khan and Saba Qamar show how the film is worthing spending a dime to watch in a cinema.