Saba Qamar in Baaghi has been an inspiration for a lot of women while she is also actively focusing on social issues and discussing their importance within today’s Pakistan. Alongside her, Mahira Khan has also mentioned on multiple occasions that she tries to raise her voice regarding critical issues as well. Moreover, it seems that many celebrities are now trying to use their platform for good, which is a positive step for the country.

The Importance Of Such Roles For The Actress:

Qamar gained fame when she took on the controversial role of Qandeel Baloch in Baaghi. She mentions that it is an honor to star in such serials because they raise concern over valid issues. She said, “We are facing so many issues, there are so many things and we need to talk about them. That’s why I do serials like Cheekh and Baaghi.” 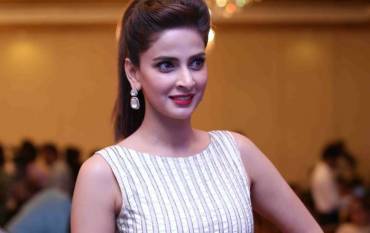 The actress takes her work to heart to ensure that the reality of the incident can be felt. She thinks that if now is not the time to talk about these problems then when? Also, her celebrity platform provides her privilege over normal people. So, she wishes to utilize it for the best purposes. However, people have been calling her out for endorsing Fair & Lovely, but it seems that Qamar’s intentions towards Baaghi have been genuine. 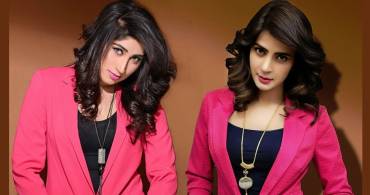 “Baaghi is no random play or something that I’ve done before, I feel it was a huge learning curve for me and I’ve put my heart and soul into the project,” she previously shared. “I’ve been able to live as Qandeel and closely understand her and I don’t think I can put that into words.”

Also, Saba Qamar’s Baaghi interviews always include her ambition towards the role, and it is something that many can notice through watching her on screens as well. Additionally, she also has a fierce reply to her haters as many criticized her for working as Qandeel.

She even won the Best TV Actress Award at Lux Style Awards but did not arrive to receive her award. Qamar believes that they didn’t respect her as an actress beforehand but as she has worked in Bollywood, suddenly they wish for her to attend. Not to mention, LSA has been boycotted by a lot of other celebrities especially because the awards had nominated problematic celebrities like Ali Zafar. Many of the celebs have addressed that they would not be attending because why is there a need to support an award that features an assaulter?

Regardless, Saba Qamar thinks Baaghi was necessary because it hits a topic that is too familiar for Pakistan. “It was a demanding character, with its own set of shades. It’s something very new for me as well, Qandeel was not just one personality; she was multifaceted. The serial narrates from where she began, how she was with her own people in her village, how she moves to the city, grooms her own self and starts posting videos on Facebook. So there’s constant evolution throughout and I myself am excited to see the final product onscreen.” She shares her heartfelt thoughts towards the role and Qandeel’s identity.

Women are still slain for certain reasons that should not be responsible for their death. Moreover, it seems that honor killing is still a huge part of our society with minimum consideration for its removal. Even though laws have been formulated but within interior areas, it is still practiced. The horrific element is that no one barely knows the multiple incidents that take place every week. Many of such don’t even make it to the headlines.

What do you think of Saba Qamar’s work? Share your thoughts!