You Won't Believe What Saad Ehsan Did, Just Because He Hated His Job! 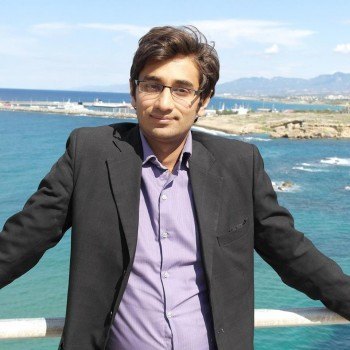 With various universities mass producing graduates, most meet the same fate; a dreaded nine to five, with the same arduous tasks each day. Saad Ehsan was one of these graduates, before the mundane reality pushed him to step out, and use his innovation and skills to initiate a startup business.

He had started working at Nishat, one of Pakistan’s leading textile companies, soon after he had graduated.

Saad, unlike many people working in established companies, didn’t settle for the mundane tasks required of him. His job entailed collecting data from various sources and plugging it in an Excel sheet. He yearned for something that would excite and challenge him, and allow him to do this task in a more time and cost efficient manner.

In order to develop a program that automated the process he was required to do manually, he sought to his brother, who was then a student at NED University. The creative genius inside of Saad found haven in AItomation; a technical startup that automates tasks the likes of rounding up information from various sources and compiling them.

On a very basic level for example, if you were to make a list of YouTube videos according to certain criteria, you wouldn’t have to sit and scour YouTube for days and days; Saad’s automation software would do it for you.

Since its initiation, AItomation has garnered clients from across the globe, with its first customer being Nishat.

The initiative culture has yet to be inducted in Pakistan; fresh graduates are often encouraged to take up jobs and a startup is discouraged for fear of failure or losses. The idea that one can use his technical and/or creative skills to come up with something that creates a successful niche is usually considered a far-out possibility.

Saad is confident that there is no process his software can’t work its magic on: “We can automate any process, no matter how complicated it is”, he said.

Saad Ehsan’s success story boasts two very important lessons for the youth of Pakistan; firstly to never let the innovation and creativity inside of you die at the hands of monotonous corporate jobs, and secondly, and perhaps most importantly, to believe in yourself and abilities.