In a country where women do not enjoy their lives the same way as men, Saudi Arabia has finally decided to put an end to this by erecting a council for women. Due to the religious laws, or Shariah, which govern the constitution of the kingdom, women have been subjected to receiving a different kind of freedom in the land, as compared to men. Hence, it was quite impressive and an encouraging initiative from Saudi Arabia for giving women a public platform to raise their voice. However, there was a bit of surprise present in its first meeting.

The Qassim Girls Council inaugurated in the province of al-Qassim. When it was time to show off the council heads in their inaugural ceremony, 13 men took the stage and no woman was present. A council for women taking off without a single woman on board. The pictures released of the council sparked controversy on the internet, raising doubts whether the council was genuinely for the betterment of women, or just a display item.

A similar sort of meeting took place elsewhere in the far west, without a single woman present. An image of the U.S President Donald J. Trump surrounded by a group of men as he signed an abortion policy in January became viral. Overlooking the fact what the policy contained, most of the people were concerned about the presence of women as the policy was being signed. Now, people are comparing this with what took place in the al-Qassim province. 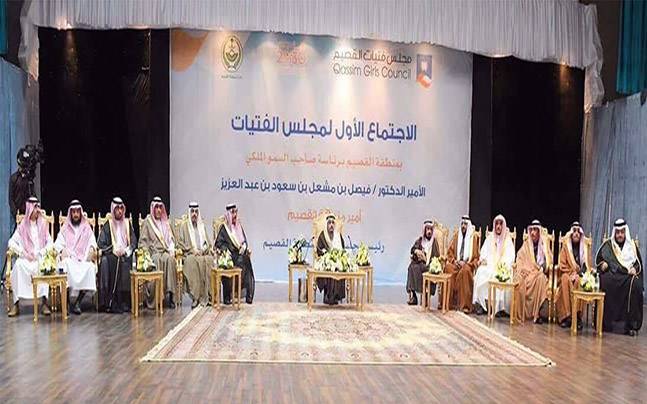 However, it became apparent that all the women attending the inauguration of the council were seated in a separate room along with the head of the council, Princess Abir bint Salman. Seemingly, the inauguration for the men’s side was led by Prince Faisal bin Mishal bin Saud, princess’s husband and the governor of the province. Here is what he said about the council:

“In the Qassim region, we look at women as sisters to men, and we feel a responsibility to open up more and more opportunities that will serve the work of women and girls,”

A country where segregation between men and women is considered to be a part of culture, tradition, and religion, the council organizers maintained this trend in women’s council as well. Unsure about how the world sees this idea, ultimately the council is a positive step in a land where female driving is a part of a debate. It is now only a matter of time to see what this council reaps for women.

If Your Girlfriend Does These 13 Badass Things, Wife Her Now!
General (r) Raheel Sharif Becomes First Pakistani In 10 Years To Get 3-Year Multiple Visa For Saudi Arabia!
To Top