Pakistan-South Africa T20 Series Might Be Played In Rawalpindi Stadium

The news fills excitement in the hearts of fans as Pindi Stadium is likely to host South Africas T20s after PSL 2020 in March. After completion of the Pakistan Super League in March 2020, Pindi Stadium will be the playground for S Africa’s team.

Not all of us can afford foreign trips to watch matches. We can barely afford enough for our own entertainment. Plus the excitement of seeing your favorite players from other countries is already groundbreaking. After the Sri Lankan team came to play after 10 years, and the incidents which have unfortunately been the highlight of sports in Pakistan. It is heartwarming to see the advent of international cricket in Pakistan.

Who doesn’t love South Africa? I still remember when their famous captain Graeme Smith played his last game in the world cup. I was such a huge fan that I was in tears as he was returning to the pavilion. Whether it be Hashim Amla, Ab de Villiers or Faf du Plessis, we are huge fans of these stars.

Why the Rawalpindi venue? 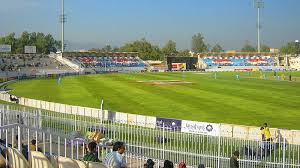 Chairman of Pakistan Cricket Board, Wasim Khan said that he suggested the Rawalpindi venue and the proposal got accepted. Now let’s keep our fingers crossed and hope nothing goes wrong to upset upcoming events in Pakistan.

Wasim Khan suggested the Rawalpindi venue by saying that the stadiums in Lahore and Karachi have become too saturated and we need to grow in order to introduce a wide range of expertise over our venues. Clearly he wants to try and execute new things.

Furthermore, he has also decided to introduce more venues such as Peshawar, Multan, and Faisalabad. This seems like a bold step and this means more growth for cricket in Pakistan. We are really happy with the decisions Wasim Khan has been taking lately.

However, we also hope that this growth is constant and we get to see more teams like Australia, England, New Zealand, and others play in Pakistan as well. Maybe hosting a T20 World Cup would be a treat or if we daydream a bit more, an Olympics would be nice? Anyways, let’s not get out hopes high and be happy with what we’re being given.

Meanwhile, PCB has also introduced a new cricket committee headed by former Test spinner Iqbal Qasim. This committee will be responsible for representing domestic cricketers, match officials, and women’s cricket teams. Since Iqbal Qasim’s reputation exceeds himself, we all know that he will not disappoint us.