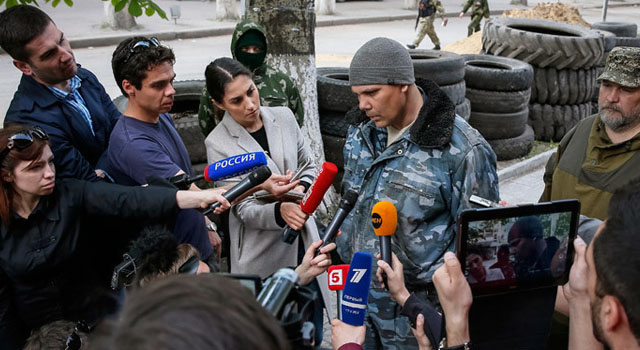 Representatives of Russian TV channels have urged international organizations, including the UN, UNESCO and the OSCE, to protect the rights and dignity of journalists covering the Ukraine crisis from illegal actions of the Kiev authorities.

Disturbed by intensified assaults and intimidation of journalists in Ukraine, their detentions and deportations, the heads of all Russia’s major TV corporations, including RT, have called on human rights organizations to â€œdefend the professional rights of journalists working in Ukraine.â€

â€œUkraineâ€™s Donetsk, Lugansk, Kharkov, Dnepropetrovsk and other regions are witnessing the ruthless suppression of civil liberties on a daily basis. Journalists are being threatened with their lives if they continue to report from Ukraine,â€ the letter reads, signed by the heads of All-Russia State Television and Radio Broadcasting Company (VGTRK), NTV, REN TV, Channel 5, RT and News Media.

In the latest incident on Friday morning, Lifenews journalists Julia Shustraya and Mikhail Pudovkin, were detained and later deported to Russia. The crew was abducted by armed Ukraine Security Service members, after they filmed an interview with one of the leaders of the pro-federalization movement in Ukraine.

â€œ[Journalists] are being watched, their phone conversations wiretapped. There were cases when journalists were forced to get down on their knees, beaten during detention and illegally deported from Ukraine,â€ the joint address to UN, OSCE and UNESCO reads.

The plea states that as a member of the Parliamentary Assembly of the Council of Europe, Ukraine must follow requirements of Declaration on Mass Communication Media and Human Rights, thereby â€œpublic authorities must make available information on matters of public interest and that the mass communication media must give complete and general information on public affairs.â€

Furthermore article 9 of the Declaration prescribes that â€œspecial measures are necessary to ensure the freedom of foreign correspondents in order to permit the public to receive accurate information from abroad,â€ including â€œprotection from arbitrary expulsion.â€

The letter also states that Russian news crews working in Ukraine do not violate any existing laws, and that in case they are â€œbarred from reporting from Ukraine, the civil rights of people from around the world to receive information will be violated.â€ 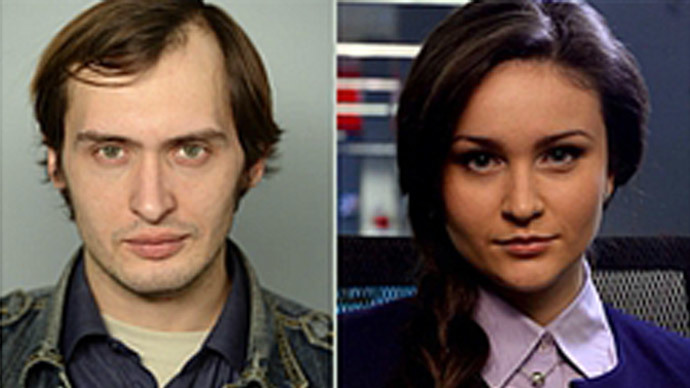 Ukraine has a bad track record on freedom of the press, with 139 violations against the press and 51 attacks registered by the Committee to Protect Journalist (CPJ), last year, including the period of protests on Maidan. But attacks on the press has intensified after the February coup.

â€œJournalists should not be treated as pawns during this crisis and should be allowed to report freely,â€ CPJ Europe and Central Asia Program Coordinator Nina Ognianova said, following the deportation of Lifenews staff. â€œWe call on all sides to stop treating those who try to report on the crisis as enemies,â€ she added, calling for the release of Sergey Lefter, a reporter for the Warsaw-based Open Dialogue Foundation, who went missing last week.

Just as international delegations met in Geneva last week to negotiate a roadmap for the peaceful solution to the Ukranian crisis, two unidentified men attacked Yevgeny Polozhy, editor-in-chief of the independent news website Panorama, in the northern city of Sumy. Polozhy was allegedly beaten and hospitalized with a broken skull and other bodily injuries.

On Thursday, Ukraineâ€™s Security Service reported that a producer working for Russiaâ€™s NTV channel, Belorussian national Stepan Chirich, was detained in the city of Pershotravensk in the Dnepropetrovsk region. Chirich remains in custody, after being accused of bringing an undeclared video camera into Ukraine. A Ukrainian cameraman from the city of Lugansk who accompanied Chirich also remains under arrest.

The men were detained by Ukraine’s “Dnepr” unit on Wednesday when they were filming administrative buildings on hidden cameras. Both are being investigated under the article that forbids the use of â€œspecial technical means of obtaining information.â€

On Monday, Simon Ostrovsky, a journalist for the New York-based Vice News, was detained by self-defense forces in Slavyansk. After being detained for three days and questioned, Ostrovsky was released Thursday. Alongside Ostrovsky, Yevgeny Gapich, a journalist who was working on a story for the Ukrainian newspaper Reporter was also released. 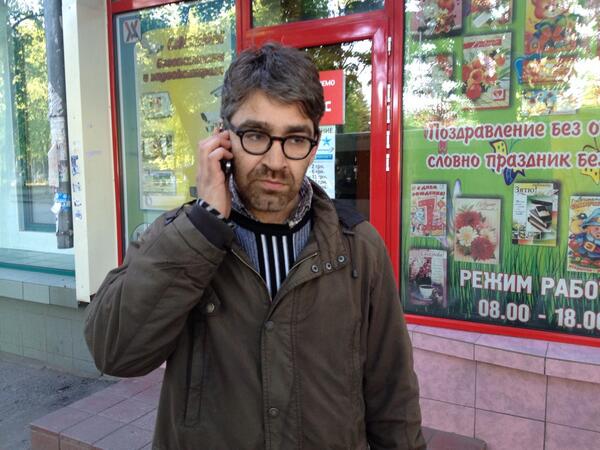 Last Sunday anti-government activists in eastern Ukraineâ€™s protester-held town of Slavyansk detained prominent pro-Maidan activist Irma Krat. She rejected accusations that she was acting as a spy for the Kiev authorities, saying she was in the Donetsk region in her capacity as a journalist.

On Tuesday, reports surfaced that unknown assailants threw Molotov cocktails at the newsroom of the local newspaper Provintsiya in the town of Konstantinovka, in Donetsk region.

The Russian Foreign Ministry on Friday urged the OSCE to react â€œto mass repressions of media workersâ€ that come amid the military operations launched by the Kiev regime in the southeast of Ukraine.

Konstantin Dolgov, the Russian Foreign Ministryâ€™s commissioner for human rights, in his Twitter voiced concerned over the crackdown on freedom of speech in Ukraine.

â€œDetentions of undesirable journalists by Ukrainian authorities and radicals – violation of freedom of speech and the media. Where is the reaction from Western “human rights” watchdogs?â€ he tweeted. Accusing the West of â€œdouble standards”, Dolgov tweeted that â€œbasic human rights are sacrificed in the information war.â€

OSCE Representative on Freedom of the Media, Dunja MijatoviÄ‡ meanwhile stated that the organization is â€œvery concernedâ€ by repeated attacks on journalists, saying that â€œjournalists must be allowed to report freely and their safety ensured by all those in charge.â€