This Russian Journalist Interviews Imran Khan and Now She's Absolutely FLAT over Him!

PTI Chairman, Imran Khan is one charismatic politician who is adored by millions. Part of the reason why people admire Imran Khan and follow him in politics is his charismatic personality. The latter may be a horrible reason for following someone in politics, indeed, but it remains a strong reason for many people’s fondness for him.

Meanwhile, Imran Khan was interviewed by a Russian journalist, Sophie Shevardnadze, who was quite surprised by Imran’s popularity as a world cup winning cricket star and as well as a politician and prospective Prime Minister. She interviewed the PTI Chairman and heaped praises on him. 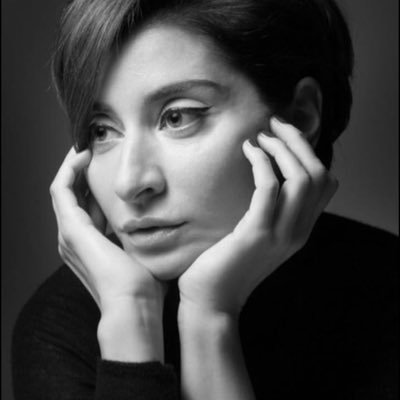 “The oh-so-handsome and just as smart Imran Khan,” she writes

The oh-so-handsome and just as smart @ImranKhanPTI talks to me today – on #Afghanistan, #Pakistan and whether it's fair to blame the Afghan War failure on #Taliban who hide out in the Tribal Areas. See full show here https://t.co/s5xuWZukuO pic.twitter.com/dNJeKXHNly

The moment when both Imran and Sophie run hands over their hair simultaneously!

Well, I and @ImranKhanPTI , at least we have synchronisity on hair matters 😀 but seriously though, enjoy the interview with this persuasive and charismatic man https://t.co/lqeUYKYcTD pic.twitter.com/VivR6kbFmJ

It got viral and she is overwhelmed by the reactions! 😀

“Well, I’m almost speechless at the reaction that @ImranKhanPTI interview got. I’m honored by all the mad attention this is getting”

Well I'm (almost) speechless at the reaction that @ImranKhanPTI interview got. I'm honoured by all the mad attention this is getting. Watch it on youtube here https://t.co/lqeUYLfNLb pic.twitter.com/OoZY9p422C

A Twitter user also mentioned, “You will have to come again in August to interview him when he takes oath as PM Pakistan”.

To which she replied, “I hope so.” During the interview, Imran Khan went on saying:

For Pakistan, unfortunately, the economic situation is not that strong right now. The country is actually going through an economic crisis. So American sanctions would be damaging. But I mean, is this justice? Is it fair? Is this how the US would use a country like a tissue paper and when it thinks it doesn’t need it anymore it just casts it away? I think it’s very immoral.

Well, guys, what do you think?