Lake Baikal is about 25 million years old and harboring more than 3000 species. It is 1637 meters while its depth is about 758 meters. In addition, 80% of the species found in the lake are quite unique. All Pakistani’s understand the impact that tourism, increasing because of beautiful sceneries, can have on a country. Likewise, Lake Baikal’s tourism saw an upgrade but now according to Vladimir Putin’s environmental envoy, the lake must be closed to visitors.

The amount of pollution spreading because of the numerous tourists prompted this decision.

The lake’s water was supposed to be pure and clear but now a Russian Academy of Sciences official as confirmed that the water is indeed undrinkable at this point. Lake Baikal’s contamination has been heart-breaking. Not to mention, the Selenga River that flows into Lake Baikal has an unlimited amount of waste material floating in.

A Chinese water bottling plant was opening close to the lake but it did not proceed because of oppositions. Also, in 2017, a Mongolian project about constructing a hydroelectric station on the Selenga River flopped because many activists and environmentalists protested against it. 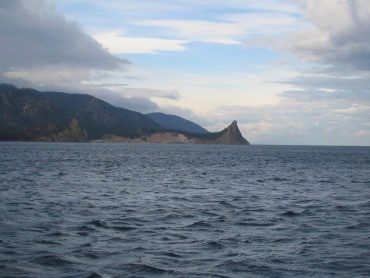 It is no common secret that Lake Baikal’s extreme position has been in the news for years now.

Considering the situation Sergei Ivanov, Putin’s Special Representative, told the Congress regarding the Lake Baikal’s contamination, “Sooner or later we will have to artificially limit the flow of tourists to Baikal, as sad as it sounds,” then he further added “If we want to preserve Baikal’s uniqueness and keep it clean, we need to do something with the flow of people.”

Many officials are mentioning that the amount of tourists needs to be looked into but if tourists will, decrease then so will the livelihood for people that depend on the tourist’s money. This means that the ultimate restrictions should not be encouraged. It is also in news that sewage dumping is far more serious than the damage caused by tourists.

Mikheil Kreindlin of Greenpeace Russia addresses that tourists should be in limitation but the sewage problems along with other issues are extremely serious that need attention. He said, “The main threats to Baikal, in no particular order, are uncontrolled tourism connected with construction of hotels without sewage treatment, pollution from towns and industry without sewage treatment, pollution from ships that are practically unregulated, and the death of forest from fires and logging,” to further add in, “Altogether this leads to algae blooms and pollution of the water.” 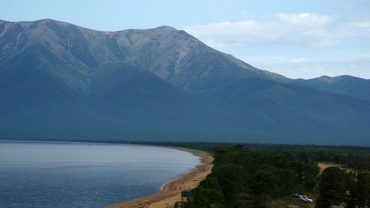 Sewage facilities are quite common and they are playing their fair part of damage as well. Recently, looking into the crucial harm that global warming is bringing in it is better to assist in the saving of this lake. It is a huge and deep lake that if its existence is harmed beyond repair then nature along with humanity will suffer a great loss.

Whether this option would work or not is still under construction, but saving another important landscape is a priority. All anyone can do is hope for a better outcome of the planet and work towards challenging environmental issues.

What do you think of the situation regarding Lake Baikal’s tourism? Share your thoughts!