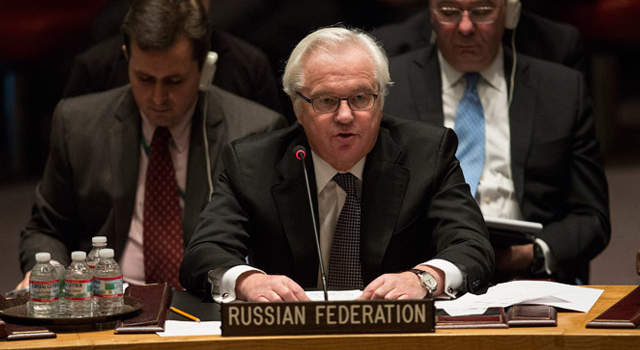 If Kiev does not immediately stop military operations against popular protest, Russia will call for an urgent UNSC meeting and in the worst case scenario reserves the right to deploy armed forces to stop bloodshed, UN envoy Vitaly Churkin said.

If the violence in the southeast of Ukraine doesn’t stop, Russia will call a special session of the UN Security Council, Churkin said in an interview to Rossiya 1 channel.

â€œIf we will continue to see what we witnessed today, if the use of force against the protest movement in the east and south-east of Ukraine will continue, we will convene an emergency meeting of the Security Council,â€ he said, adding though that historically the UNSC was unable to reach a consensus on a number of issues.

Churkin reminded that Russia does not feel isolated at the UN on the Ukrainian crisis. â€œEven in the Ukrainian situation during a vote on the resolution in the General Assembly, nearly half of UN members refused to support this resolution.â€

In a worst case scenario â€“ if the violence in Ukraine continues â€“ Russia reserved the right to deploy armed forces to stop the bloodshed, Churkin stated, adding that the main objective now is to de-escalate tensions.

â€œIn the worst-case scenario we will remember the decision of the Federation Council,â€ Churkin said. â€œWe have such a capacity in our hands, but of course we donâ€™t want that.â€

â€œI called the UN Secretary-General Ban Ki-moon and suggested to him to condemn, in a public statement which, I hope, he will make, the use of the armed forces against political opposition in the east of the country,â€ Churkin said. â€œWe will look and see, whether Ban Ki-moon will be able to make such a statement.â€ 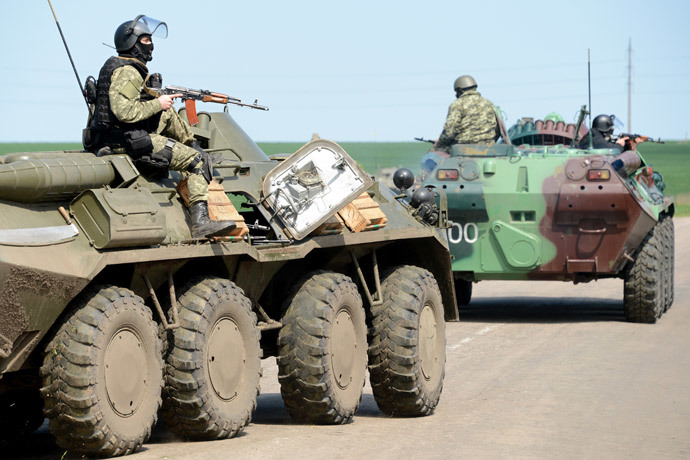 Churkin also said that it is vital for Kiev to start implementing last week’s Geneva accord adding that Kiev did not make any real attempts to negotiate with the opposition in the east of the country. â€œThere were plenty of opportunitiesâ€ to deescalate the crisis, the diplomat emphasized.

â€œWe are trying to help the authorities in Kiev to hear the demands of the people living in eastern regions of Ukraine,â€ Churkin said.

Churkin also warned that further escalation of the crisis in Ukraine could lead to a cooling of relations between Russia and the United States.

â€œIf the Ukrainian crisis continues, the cooling of relations between Russia and the US will worsen, but we do not want it to,â€ Churkin said.

â€œThe US is at a crossroads,â€ he said. â€œThe US has already understood that they are unable to command the entire world, but they cannot translate it into another way of behavior. They feel uncomfortable when they see another pole of power,â€ such as Russia or China, Churkin added.

In the Ukrainian case, the UN envoy continued, â€œUS wants not only to distance Ukraine from Russia, but also to â€œhang Ukraine on the EU.â€ The reason Churkin says is simple, Washington wants the EU become an â€œamorphous structureâ€ that will â€œappear incapable of operating as a competitor of the USA on the world scene.â€

US Secretary of State John Kerry in the meantime dismissed the whole protest movement in East Ukraine as â€œsponsoredâ€ and â€œcontrolledâ€ putting all responsibility for the unfolding crisis on Russia.

On Thursday, five anti-government protesters were reportedly killed and one injured in the eastern Ukrainian town of Slavyansk after Kiev authorities sent tanks and armored vehicles against the local population.

Using military force against the civilian population is a serious crime which makes Kiev authorities a â€œjuntaâ€, Russian President Vladimir Putin said. In response to the escalation of violence in eastern Ukraine, Russian Defense Minister Sergey Shoigu announced the beginning of extensive military exercises near the Ukrainian border.

In the meantime, NATO began military exercises in Poland on Wednesday, with more scheduled to take place in the Baltic states next week. The US also deployed the frigate USS Taylor to the Black Sea with French frigate Dupleix expected to join it on April 26-27, becoming the third NATO vessel deployed in the region.