Due to uncertain conditions, the pandemic of Coronavirus has now taken its course around the world. The news of Cristiano Ronaldo, the famous footballer, deciding to turn his hotels into hospitals is going viral.

The war against terrorism was not over as a man-made disease has instilled panic in millions. Moreover, people around the world are coming out to help the needy.

The majority of the people, who can afford a hospital have no need to worry; they think if something happens, they’ll have the resources. However, that is not the case. If we do the maths correctly, there are not enough hospital beds in the world.

The most famous Juventus forward, Cristiano Ronaldo announced his hotels to be converted to hospitals. The 35-year-old took this decision soon after his teammate Daniele Rugani was diagnosed with Coronavirus.

Moreover, he took this chance to speak to his fans via social media. Expressing his emotions for the people suffering from Coronavirus. He pleaded everyone to join hands and help the people in need. 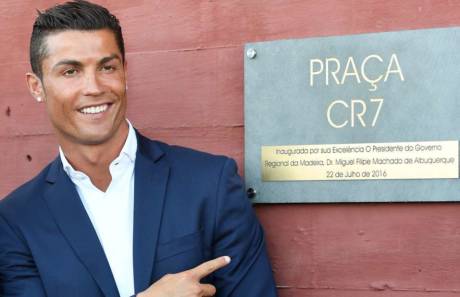 Source: Give Me Sports

Cristiano was thankful that none of his family members tested positive for the disease. However, he advised his fans to strictly follow the preventive measures laid by the World Health Organization (WHO).

With a fan following of 207 million, there is no doubt that his advice would’ve gone useless. According to Marca, the Juventus forward will pay for the doctors and workers himself, and the rooms will be available free of cost.

Cristiano Ronaldo is known for his kind heart and generous personality. Helping the less fortunate is one of his traits, which makes him one of the kindest athletes in the whole world.

Now that I have your utmost attention, could this news be true? An update on the case shows that the news is fake!

Just called in Ronaldo's hotel-hospital. They told me I couldn't stay unless I paid €1000 per night, that too without doctors included. https://t.co/e6qYgb1Cgh

Could this be a publicity stunt or a move by haters to undermine Ronaldo? Too early to say anything. Since Ronaldo is famous for his generosity, the news is highly believable.

There is a possibility that the news was released too soon, while the management was trying to lay down the setup. It is also possible that the representative this young gentleman spoke to was unaware of the decisions.

With 15,000 cases reported in the US, a doctor has claimed that the cases are around 500,000. He further claimed that is is too soon to make any analytical judgments on the said numbers.

The world has fallen to chaos and seems like nothing the authorities can do!

Regardless, according to Forbes, there have been 169 confirmed cases of Coronavirus in Portugal. Nonetheless, one patient has recovered and no deaths have been reported till now.