Ronaldinho Tweeted About Shahid Afridi And The Conversation Is Going 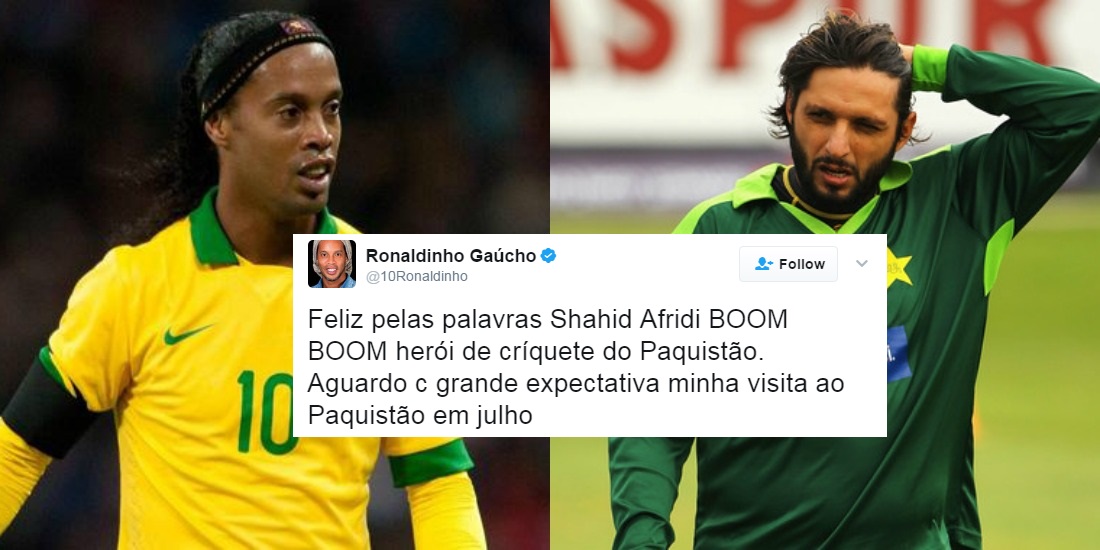 What feels like a dream, Ronaldinho Gaucho is going to be visiting Pakistan! The news broke out a few days ago that footballing legend Ronaldinho will be part of an exhibition match in July, which is going to be brought to us by Leisure Leagues.

Since the hype is building up, it was only proper that Ronaldinho stayed in the mix with Pakistani fans. Ever since the short-video was launched where Ronaldinho was holding a Pakistani flag, this is the only thing football fans in the country have been talking about. 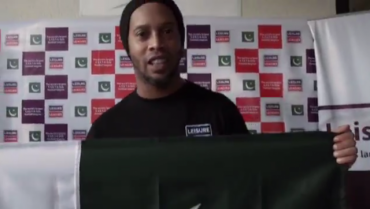 The tweet, which is written in Portugese, translates to: “Happy by Shahid Afridi BOOM BOOM hero of Pakistan cricket. I look forward to (c) great anticipation my visit to Pakistan in July”

The fans literally lost it after Ronaldinho’s tweet. This is more than any Pakistani sports fan could have ever expected – God of football Ronaldinho tweeting about Pakistan’s biggest cricketer ever, Shahid Afridi.

It was only possible that Shahid Afridi was going to give a befitting reply to Ronaldinho’s tweet – something that Ronnie could look forward to!

@10Ronaldinho Awaiting ur arrival brazilian superstar nd ⚽️ legend. Will be a pleasure to show u my ????????. #HopeNotOut https://t.co/HOqvKVMR16

If this isn’t sporting goals, than we don’t know what else would be. Ronaldinho announced his visit of Pakistan as a result of the exhibition match that is going to be played in July between a World XI and Pakistan XI, which would include both local and foreign based footballers for Pakistan.

As for the international names, only two have been revealed thus far – Ronaldinho and George Boateng. There’s also a hint that veteran goalkeeper David James might be a part of the Leisure League sponsored match. 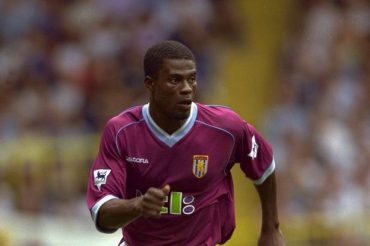 For Pakistanis, things couldn’t get any bigger than this. First a successful Pakistan Super League (PSL) Cricket campaign, followed by the news of an international football match in the country.

It is being reported that the Leisure League exhibition match will be played in Karachi. We’ve got our fingers crossed and hopefully, everything will pan out smoothly. This time, for Pakistan!

General (r) Raheel Sharif Becomes First Pakistani In 10 Years To Get 3-Year Multiple Visa For Saudi Arabia!
10 Annoying Things You Always Hear Being The Youngest Employee In Your Office
To Top