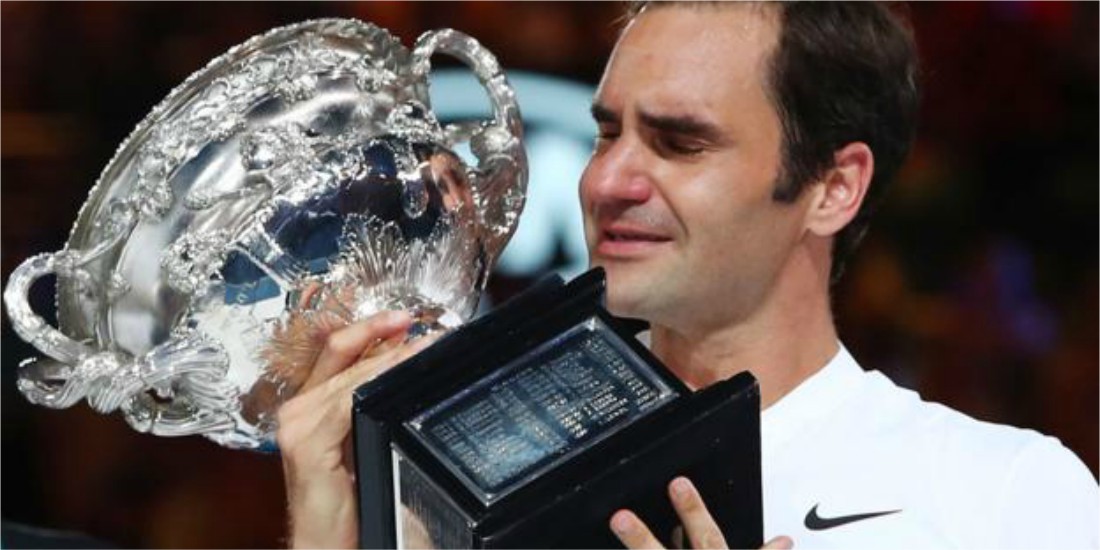 “I’m so happy. It’s unbelievable, Of course, winning is an absolute dream come true — the fairytale continues for us, for me, after the great year I had last year, it’s incredible.” – Holding back tears during the presentation ceremony, Federer said.

Yesterday, Roger Federer beat Marin Cilic, in the men’s singles final at the Australian Open. Where he defeated Marin Cilic with points 6-2, 6-7, 6-3, 3-6, 6-1 at the Rod Laver Arena to take his record Grand Slam count to 20. He shared his victory pictures on Twitter with his fans and family!

Going to sleep well tonight. Thank you to everyone for the love and support. It means more than I could possible describe pic.twitter.com/8t0f38vTLB

While in the next picture!

My first moment reunited with the family & team after last night #RF20 pic.twitter.com/ZAPQ4NmcnG

The 36 years old Federer shared each and every moment of his Glam Slam victory!

Norman looks even more shiny in the daytime ? #RF20 pic.twitter.com/VzmAOpattj

The last but not the least:

“I hoped over time in the speech I would start to relax a little bit, but I couldn’t,” said Federer. “It was what it was. I wish it wasn’t so sometimes. At the same time, I’m happy I can show emotions and share it with the people. If I got emotional, it’s because it was a full crowd again.”

Tears of happiness, Federer is truly an inspiration.