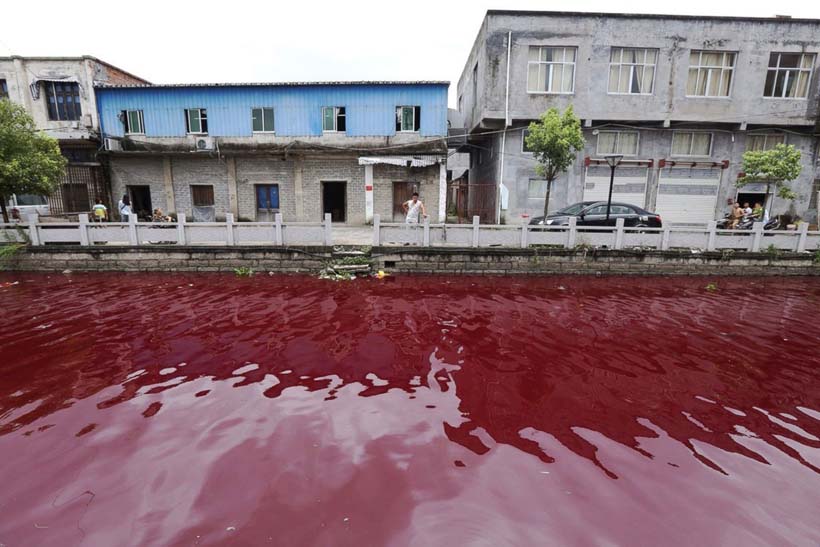 A waterway in eastern China has mysteriously turned a blood red color.

â€œThe really weird thing is that we have been able to catch fish because the water is normally so clear,â€ one local villager commented on Chinaâ€™s microblogging site Weibo.

Inspectors from the Wenzhou Environmental Protection Bureau said they have not found the cause of the incident, although water samples seem to indicate the suspicious color was a result of illegal dumping in the river. 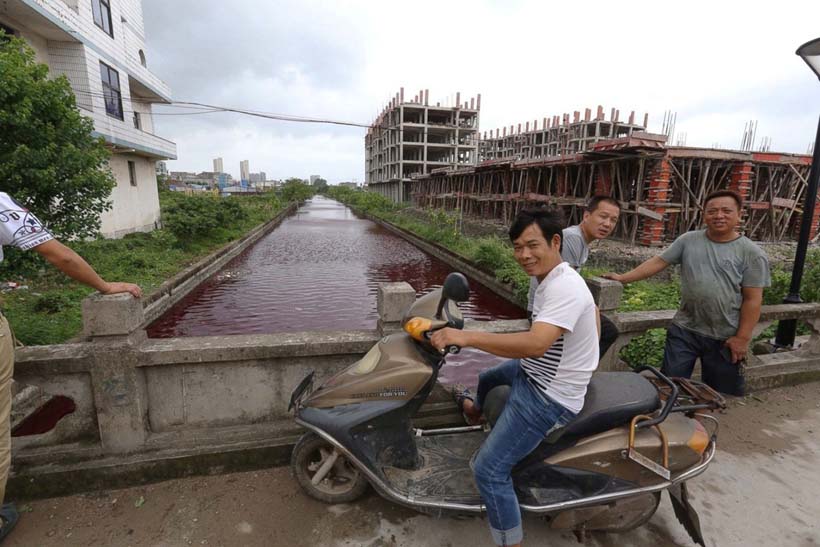 The river in Xinmeizhou village in eastern China’s Zhejiang province quickly filled up with the red colored liquid which had a strange smell, according to villagers

â€œWe suspect that somebody dumped artificial coloring in the water because he thought the typhoon yesterday would cause heavy rain, and nobody would notice [the color],â€ Jianfeng Xiao, Chief of the bureau told China News.

â€œIt turned out there wasnâ€™t heavy rainfall yesterday, so the evidence is left behind,â€ Xiao said.

Xiao said there is a paper manufacturer, a food coloring company and clothing-maker a long the river. The bureau is still investigating the incident.

B-52 Flew For 10 Hours Over America Carrying Missiles Armed With Nuclear Warheads
8 Signs That Prove MH17 and MH370 Were The Same Planes! Conspiracy Alert!
To Top