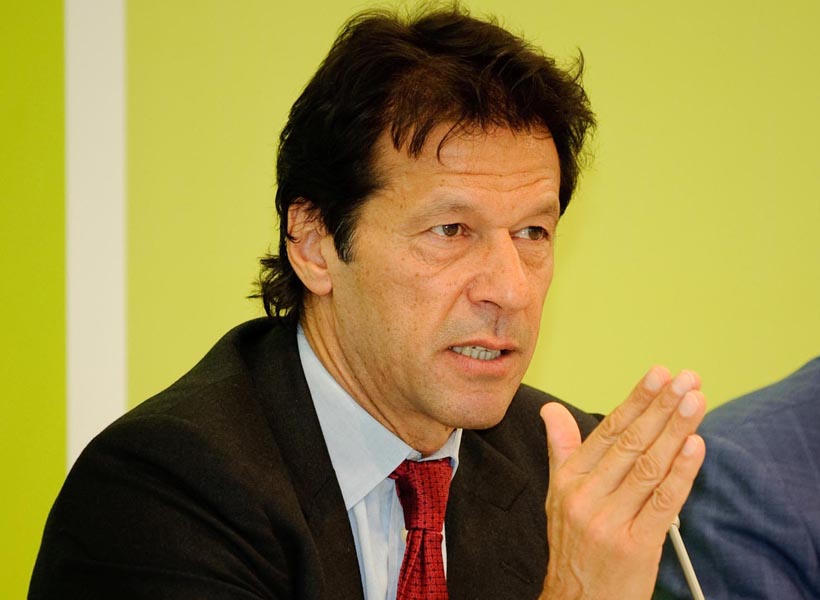 ISLAMABAD:The government is planning to hold an Independence Day rally at Islamabadâ€™s D-Chowk on August 14, setting up a possible showdown with Pakistan Tehreek-e-Insaf (PTI), which plans to hold a protest at the same venue on the same day.

â€œBefore 1999 â€“ when our government was toppled â€“ D-Chowk used to be the traditional venue for the biggest function to commemorate August 14,â€ he said, explaining the governmentâ€™s choice of venue.

The move, however, puts the government on a collision course with the PTI, which has already announced D-Chowk as the venue for its August 14 â€˜tsunami marchâ€™ against alleged rigging in the 2013 elections.

As part of its strategy to avert a showdown, the government may opt to reserve the venue for its Independence Day rally and advise PTI activists to hold their protest elsewhere in the federal capital.

Rashid defended the governmentâ€™s decision to hold its August 14 celebrations at D-Chowk and dismissed notions that it was aimed at thwarting PTIâ€™s rally.

â€œThe tradition of holding the Independence Day function at D-Chowk began before the PTI even existedâ€¦ it has nothing to do with the PTI,â€ the minister said. When asked if the venue and the main road leading to it had been dug up for the Metro Bus project, he said â€œit is not a big issue.â€

Must Watch : The brave newscaster showing reality of America and Israel

The huddle, which was another one in a series of meetings Nisar has had with the premier following last weekâ€™s patch-up between him the Pakistan Muslim League-Nawaz leadership, discussed strategies to tackle the two political developments. Punjab Chief Minister Shahbaz Sharif also attended the meetings.

According to sources, the government is mulling three different options, one of which calls for putting both partiesâ€™ leadership under house arrest on the eve of their planned rallies. Being in charge of internal security, Nisar has been tasked with finalising a â€˜prudentâ€™ strategy to tackle the two political threats.

The interior minister and the premier also discussed security measures for major cities in the wake of threats rising from the ongoing military operation against militants in North Waziristan, an official of the Prime Ministerâ€™s House said.

According to him, Nisar briefed Prime Minister Nawaz on the latest security assessment and vulnerable points in case of possible retaliation from militants, some of whom may have already sneaked into the major cities of the country.

â€œThe interior minister also briefed the prime minister on the level of preparedness in the wake of Operation Zarb-e-Azb, its possible impact on Karachi and the impact of IDPs on Bannu and other cities,â€ the official, who was privy to the meeting, said.

The government has already handed over the security of sensitive installations to the army.

During his trip to Karachi a day earlier, the premier was told by traders that despite the targeted operation against criminals, extortion and kidnapping for ransom cases had not subsided. There were also demands for a military operation in some areas of Karachi which have become havens for militants and other outlaws.

The meeting with the interior minister was followed by another one between the prime minister and his cabinet which the former was not part of. The second huddle mainly focused on economic issues.
Prime Minister Nawaz was briefed about the Pakistan-China Economic Corridor projects by Planning Minister Ahsan Iqbal, an official handout said.