Rishi Kapoor Speaks Out After Being Slammed Over Sending Abusive 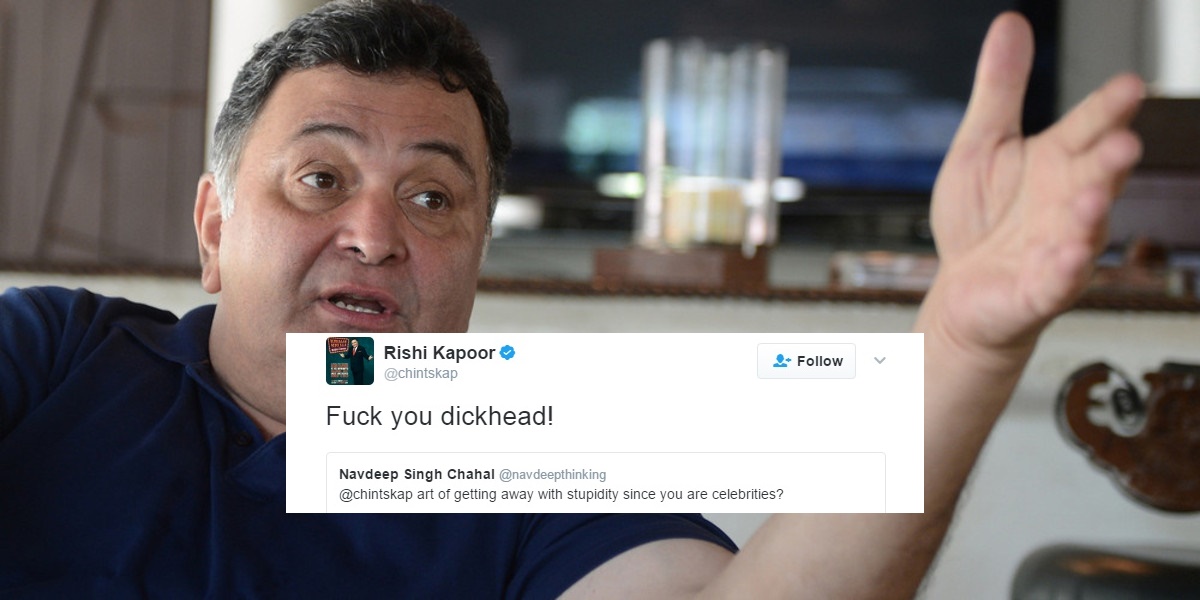 It is hard being a celebrity. Say anything offensively and you would not get away with it because there are people who are always ready to judge you. Your harsh statements can backfire pretty much. Rishi Kapoor must know it, evident of the recent incident that has got him back in the news.

So, on just a normal day, Rishi Kapoor decided to ask a question his Twitter followers a question…
What happened next completely obliterated the subject of his question and rather turned the tide to a detour. 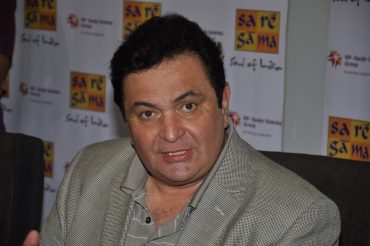 The 64-year old Bollywood celebrity is caught in an epidemic of controversy once again. Rishi Kapoor picked up a fight with verbal bullies online and after he retaliated in his own way, he amassed hate speech on social media. Things also went sour with one woman after he sent abusive DMs (direct messages) to her on Twitter.

This is how it all went down with Rishi Kapoor:

QUIZ. What do Rishi Kapoor and Karan Johar have something similar and common between them?

Shortly after, some online trolls did this…

@chintskap art of getting away with stupidity since you are celebrities?

@chintskap I thought they both are useless and why I have to watch them.

Then, Rishi Kapoor decided to do this…

Some woman took the following screenshot of abusive Twitter DM sent by Rishi Kapoor to her: 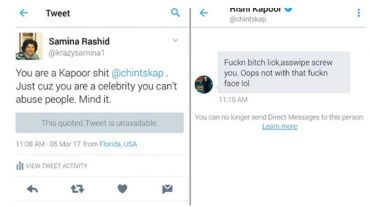 But Rishi Kapoor did not remain silent just like he did not simply resort to it when it came to Internet trolls above. He regarded the entire incident in the following words:

“They are the ones who are abusing me and taking advantage of my situation. The way I have stopped entertaining them is that I go to them and teach them a lesson and come back. They are nonsensical people. They are the ones who are following me. Only if they are following me, can I go to them and send them a direct message. You can’t bloody follow me and abuse me and you think I will keep quiet. I won’t leave these guys. You will lose being a friend of mine. These people think they can get away with anything. They think they are smart asses.

“I am the guy who enters the eye of the storm and takes the bull by the horn. I have a decent following. There are decent fans who love me. They are not my fans, they are my friends. I am a popular tweeter and I have certain peole who love my tweets. If you want to be among my twitter friends, you have to go by a certain dictum. You can’t come to me and abuse me. If you do that, I will not leave you. I will abuse you and then block you. 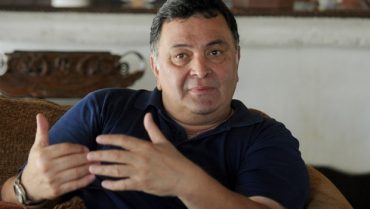 “Once I was corrected that I should not put this on my timeline. Now I go to them and do this. I will not let anyone try and stomp over me. No one can walk over me. I know these kids, they want to abuse us senior guys… (if you do this) You will not see my tweets. That’s the tragedy, I keep telling them. By being non-sensical, you will have no access to me. I have so many people requesting me, begging me and saying, ‘We are so sorry, please unblock us’. I have 5-6 requests every day. They don’t realise that once I block them, they will miss me.

“Anyone does this, you should go to their DMs, screw the s**t out of them and block them. These are youngsters who get cheap thrills by abusing celebrities.”

Well, Rishi Kapoor has a point but he should not have tainted his character because it seemingly reflects no difference between the character of those internet trolls and his.

What do you guys think about it? Have your say!

8 Things We Do When Our Internet Is Not Working!
Statements By Imran Khan Regarding Foreign PSL Players Have Left Many Of His Followers In Shock!
To Top