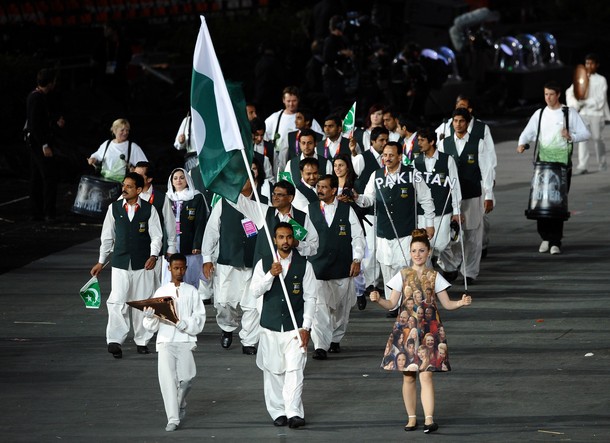 First, Alhumdulliah that Pakistan even had the opportunity to be part of The Rio Olympics 2016, but how come being in the top 10 most populated country on the planet we only had 7 people go? Being a Pakistani born American citizen I truthfully was rooting for America and it was great but somewhere deep down inside my heart was aching for the fact that Pakistan did not even have 10 people go.

According to google Pakistan won no medals and it hurts my heart that a country which has more potential than India, China, and Zimbabwe combined has won no medals. Again not being a resident of Pakistan I can only judge by my little time in Pakistan that I have spent visiting and living there until I was 6 but I know for a damn fact that this country is so much more than that, we are capable of having every teenager, male, female, a Karachi or a Lahori, from the depths of KPK be part of these Olympics!

It’s about time for each and everyone of you reading this to come out and show this world what it really means to be a Pakistani, show this world that you are capable of being the “best in the world” (brownie points if you know where that’s from). This is not about making it to the Olympics or just sports it’s about if you and I both know that you have potential to be something more than just a boy or girl on this planet than why are you not trying!

If you are good at writing put yourself out there, if you’re good at drawing go start volunteering for some graphic art studio, if you like cars go start your own dealership, or even if you want to become a engineer or doctor then GO!! The number one most important rule is to be passionate about whatever you want to do, and not get discouraged! Do not be scared to put yourself out there, if you want to change the way the world looks at Pakistan then be the change, “be the change you want to see in this world”.

Why Grades should not Take Over Your Life?
The Desire to be Desirable
To Top