“Ride with Pride” Revolutionizing The Way Ladies Commute in Lahore!

University of Central Punjab’s Ride with Pride campaign took it to the streets of Lahore with a Rally led by the motorcycle girl of Pakistan, the campaign’s brand ambassador- Zenith Irfan on 30th January 2020. The said initiative is aimed at empowering and encouraging the ladies to commute easily and independently. 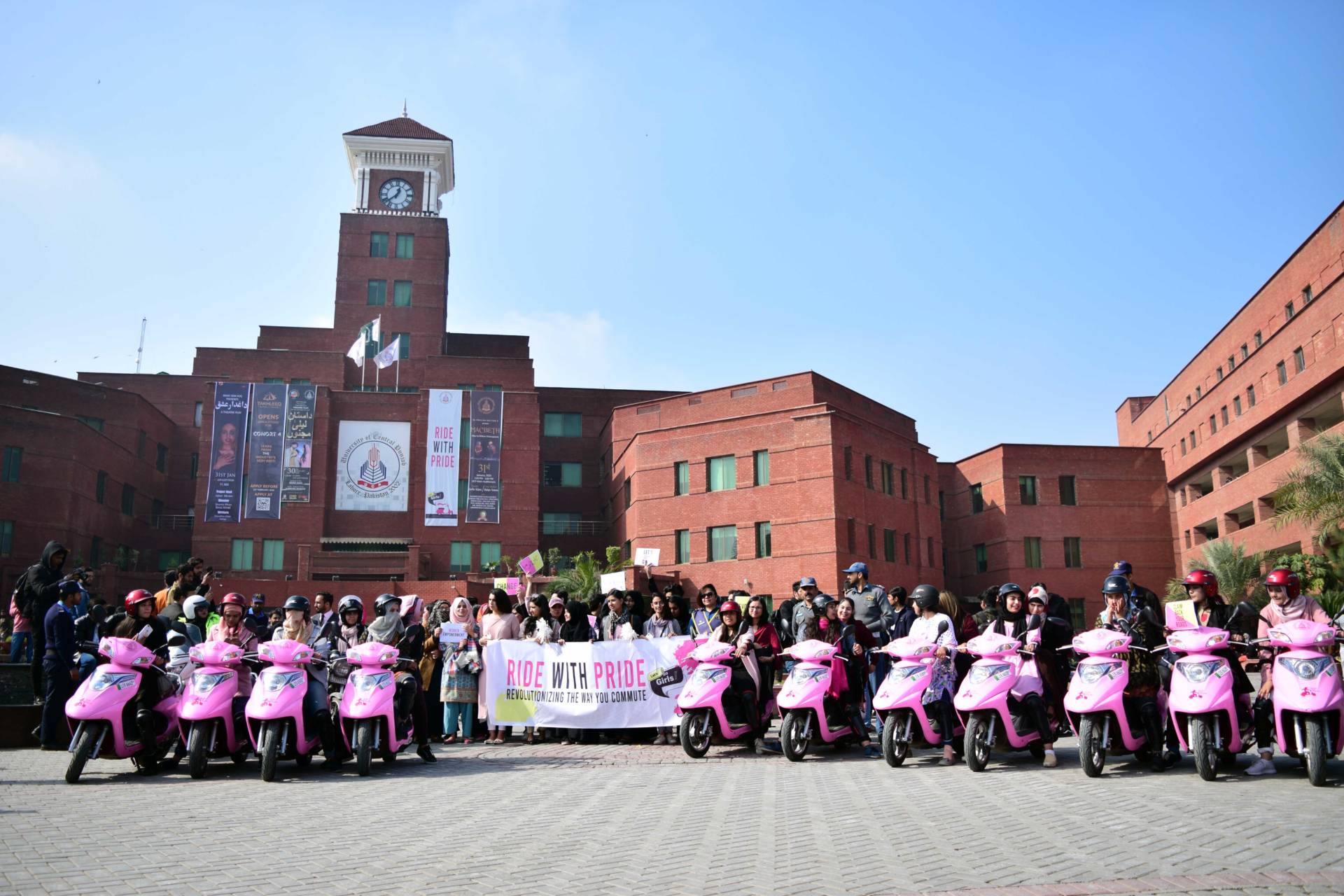 With this campaign, UCP wishes to make an exemplary initiative for every girl who faces commute issues and wishes to carry out day to day tasks independently. Through this initiative, UCP has made booking a two-wheeler as easy and convenient as issuing a library book. 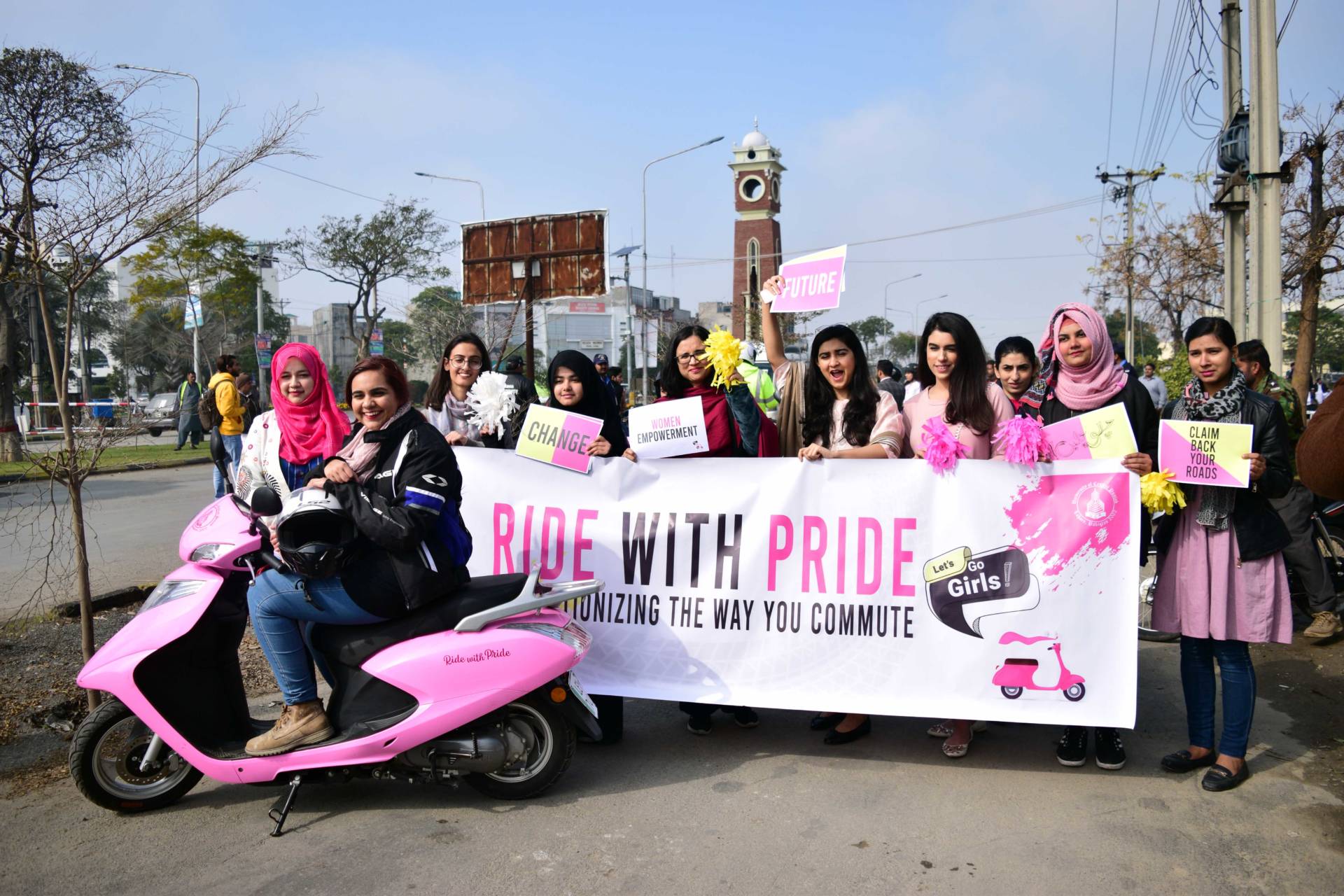 In order to ensure the security of the female students, the scooters have been issued with a proper tracking system and a helmet. The event was divided into two phases with the first one including a session by the honorable CTO Punjab and Ms. Zenith Irfan.

While the University expressed their gratitude to the entire Traffic Police team, the honorable CTO applauded the University of Central Punjab’s efforts to empower girls and expressed how this is one of the kind initiatives that must be replicated by other institutes. 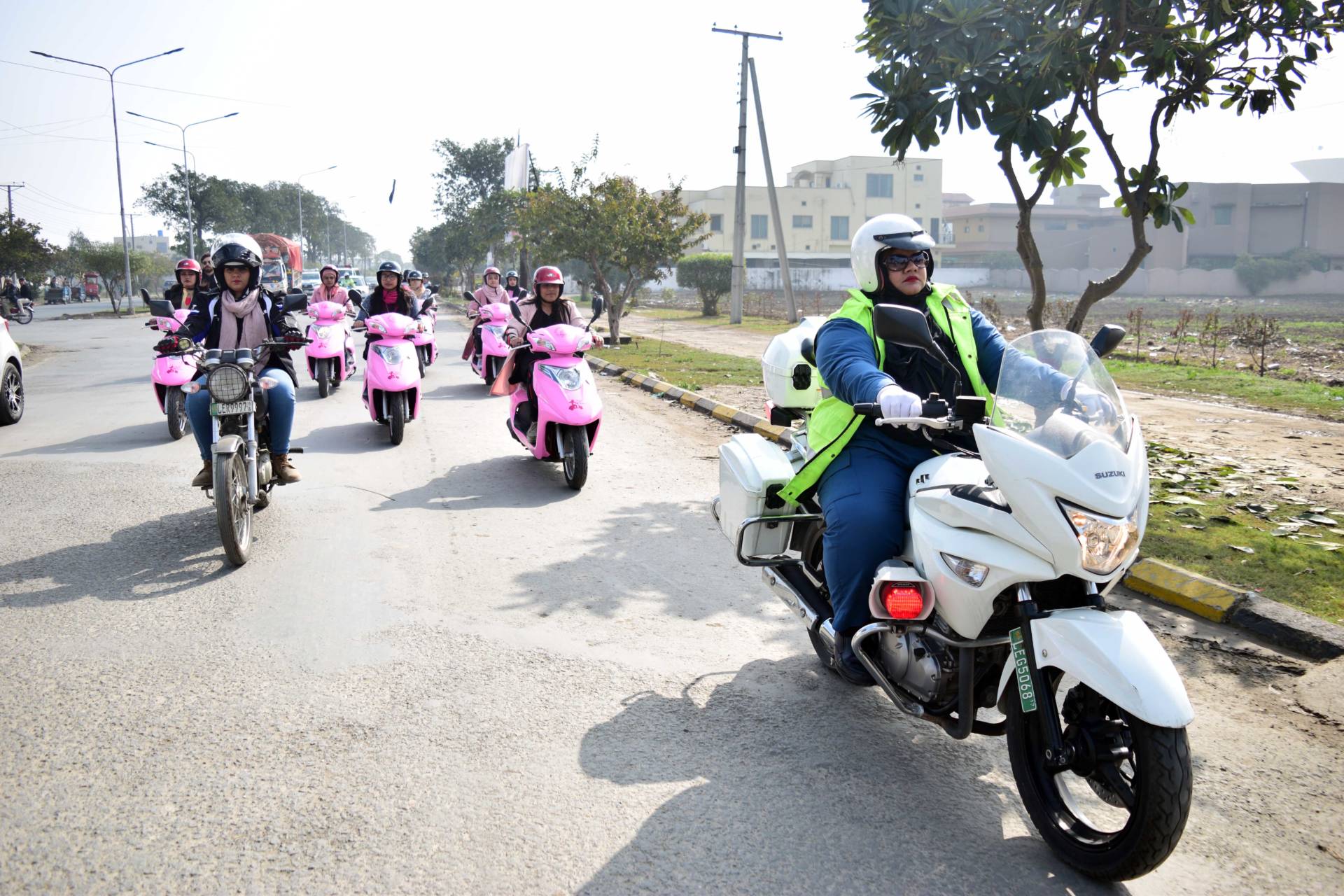 He further explained the role of City Traffic Police-Lahore in ensuring the safety of all females on the road. He also urged the students to strictly follow the traffic rules to avoid any unpleasant incidents.

Zenith Irfan popularly known as the motorbike girl of Pakistan opened the discussion with a powerful message of courage, hope, and pursuit of ones’ dreams and applauded the vision behind ride with pride.  She also thanked the City Traffic Police Lahore for their services in helping out with training the girls. 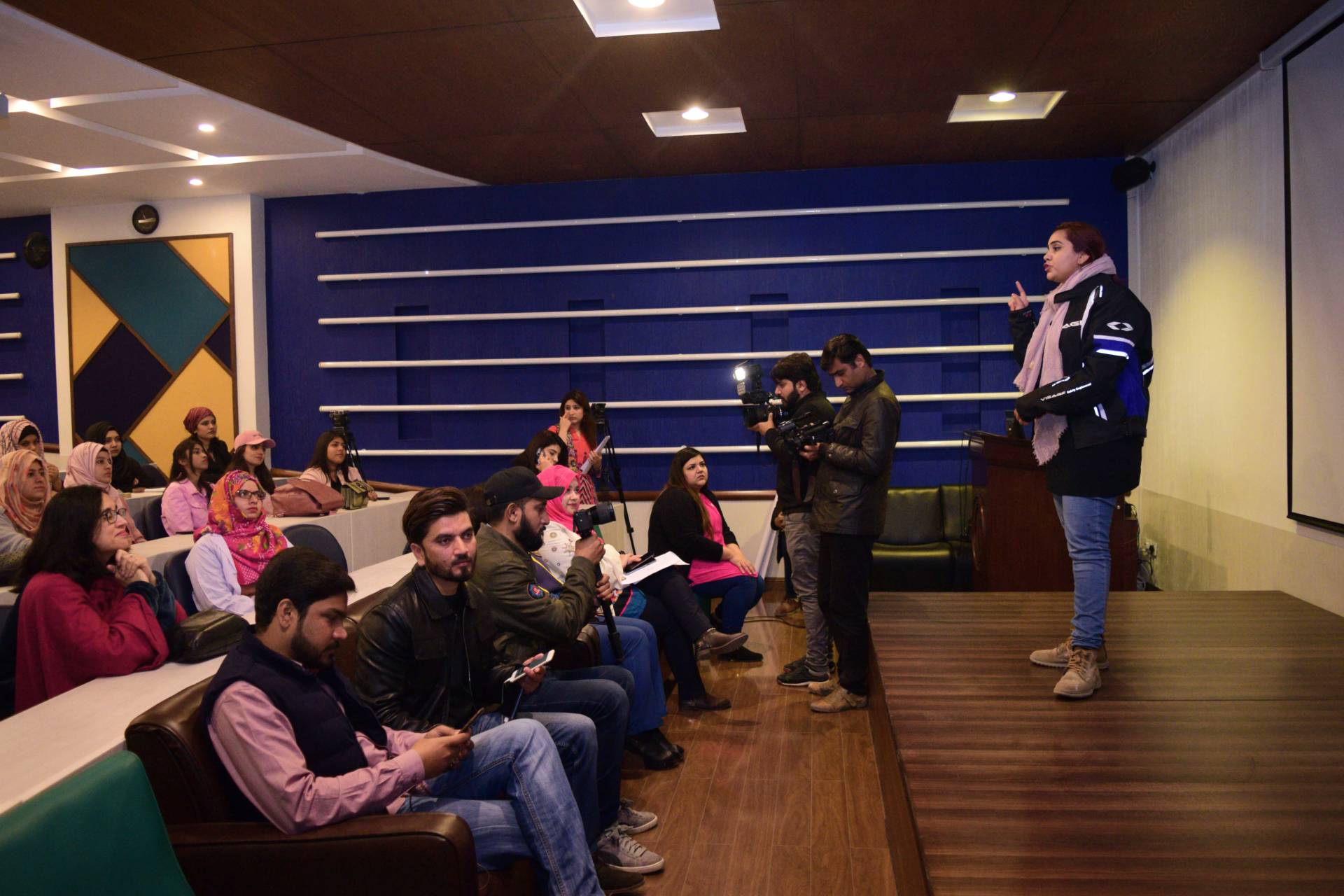 In the final phase of the event, the zealous female students of the University of Central Punjab led by Zenith Irfan formally took the “Ride with Pride” campaign to the roads of Lahore in the form of a rally on the specified route. The rally marked the first formal ride of the campaign and the first batch of trained female students of UCP rode their pink scooters with pride. 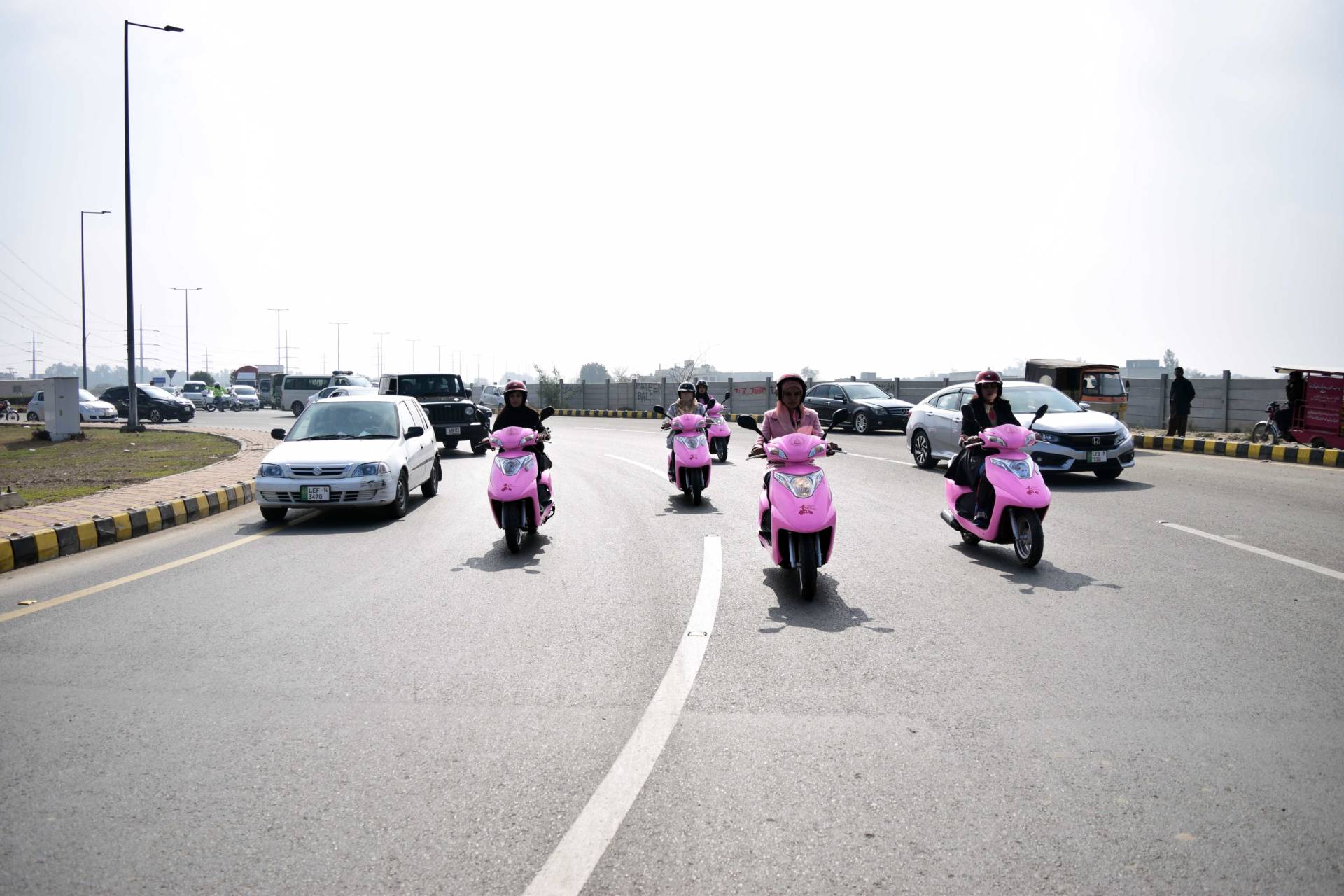 With this initiative, Lahore shall be seeing more ladies of UCP steadfast in the mission to revolutionize the way they commute.