Pakistani politics has been one of the most inviting topics for gossip. However, the most recent topic under limelight is which political party has been declared as the richest?

With the Election Commission of Pakistan (ECP), declaring the assets of political parties for the pecuniary year of 2018-19. Pakistan Tehreek-E-Insaaf has emerged as the political party having acquired the most assets, worth Rs225.3 million. Moreover, the runner up to PTI is Pakistan Peoples Party (PPP) with Rs160 million. 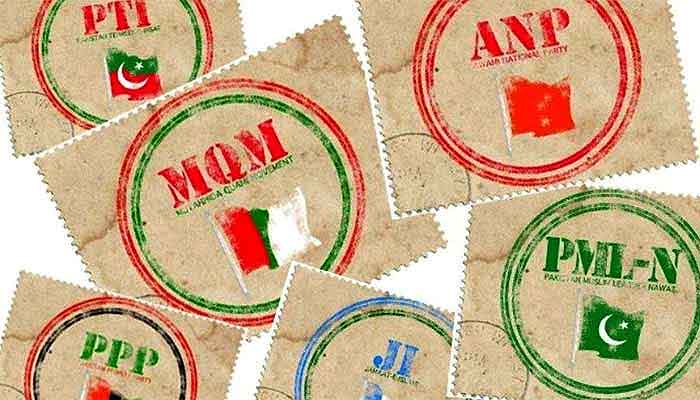 Subsequently, with over 125 political parties registering with the election commission, 82 parties within these have tabulated their consolidated statements of accounts. First and foremost, the parties had to comply with Rule 159 of the Election Rule, 2017. Which stated the procedure of parties having their account statements fortified.

Following rule 159, the parties have to observe Section 210 of the Election Act, 2017. Which stated that any political party registered, would have to submit a consolidated statement of its accounts. Moreover, a chartered accountant would audit this on form-D, and it would contain the annual income and expenses, sources of its funds and assets and liabilities. Furthermore, the statement has to be submitted within a 60-daytime period, from the close of a financial year.

According to the ECP, the party that emerged as the richest is Pakistan Tehreek-e-Insaaf, owning assets worth up to Rs225.3 million. Moreover, during the time period of 2018-19, the party’s expenditure stood up to over Rs508 million. however, this included funding of 110 million from overseas Pakistanis residing in the US, the UK, Australia, and Canada. Furthermore, the chairman of PTI, Imran Khan shed light on the fact that the party did not get any funding from any prohibited sources.

On the contrary, Pakistan Peoples Party Parliamentarians (PPPP) emerged on the second number possessing assets up to 160 million. Moreover, the party claimed to have received Rs13.5 million in the form of funds. ECP stated: “The total number of assets held by the party is worth over Rs7 million. The party spent an amount of Rs20 million as compared to an income of over Rs5 million.”

Another party that came into the front was, Pakistan Muslim League-Nawaz (PML-N). The report claimed that the assets in their possession were higher than the income generated. Subsequently, the party sustained expenditure of Rs200 million during the year 2018-19 as compared to Rs15.5 million income. Furthermore, the party stated that around Rs80 million worth assets were let out.

Besides these parties, other parties showing their assets were: The Pakistan Muslim League-Quaid having assets of up to Rs49.9 million, the Muttahida Quami Movement-Pakistan possessing assets around Rs41.9 million. The Jamaat-e-Islami Pakistan also took part with assets worthing up to Rs9 million.

Last but not least, the poorest parties declared by the ECP with assets up to Rs231,000 and Rs250,000 were BAP and Railway’s Minister Sheikh Rashid’s Awami Muslim League, respectively.