Richard Dawkin's Mind-Boggling Views on Taliban After The Peshawar Attack 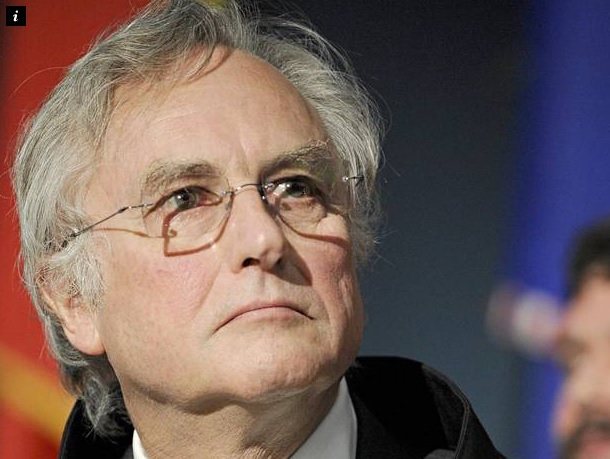 Richard Dawkins reiterated the relevance of his long standing view that religion is the cause of ‘evil’ by using the recent Peshawar Attack in Pakistan as a pretext.

In his latest tweets, Richard Dawkins made a comparison of some people’s extremist traits to Nazism while attempting to offer explanation for the brutal terrorist attacks in Peshawar.

The renowned terrorist group Tehrik-e-Taliban Pakistan attacked the School in Peshawar in which 132 children and nine school staff members were brutally killed. The Taliban terrorists, 7 in number, stormed the Army public School wearing the military uniforms and suicide jackets, which launched a never ending shooting spree before few of them bombed themselves.

Dawkins was of the view that that such heinous attacks are caused by the “extreme state of motivation” which connoted extremist faith of Nazism. 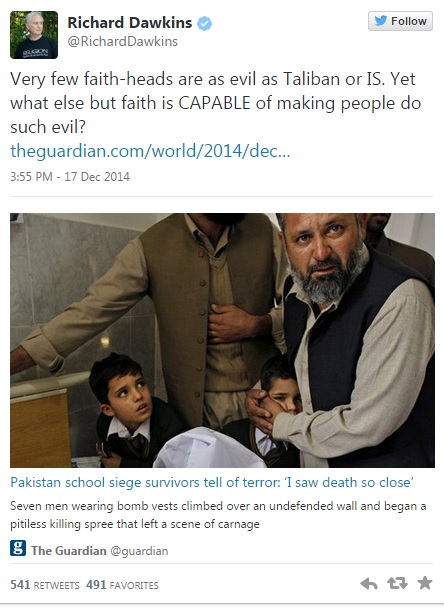 The evolutionary biologist also gave same opinion in year 2001 during the time of  9/11 terrorist attacks in New York. 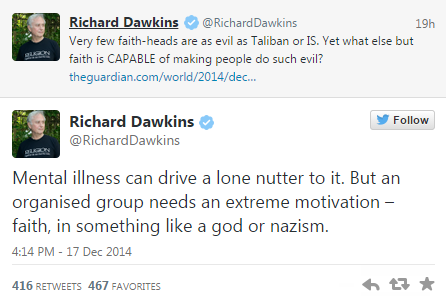 “Revealed faith is not harmless nonsense, it can be lethally dangerous nonsense,” he said.

More: 15 Heart Breaking Pictures Of What Is Left After The Taliban Attack In Peshawar